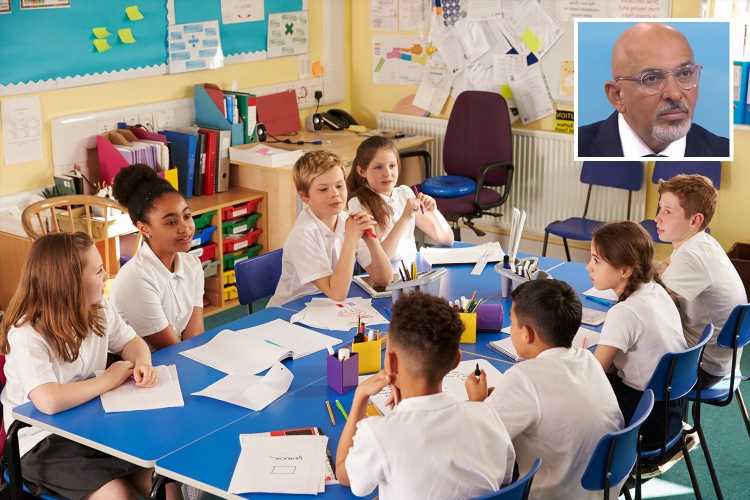 SCHOOLS will stay open despite a rising number in staff shortages the Education Secretary said today – as he vowed to do "everything in his power" to keep kids in class.

Nadhim Zahawi promised to keep pupils heading to school despite the number of staff isolating and sick increasing daily. 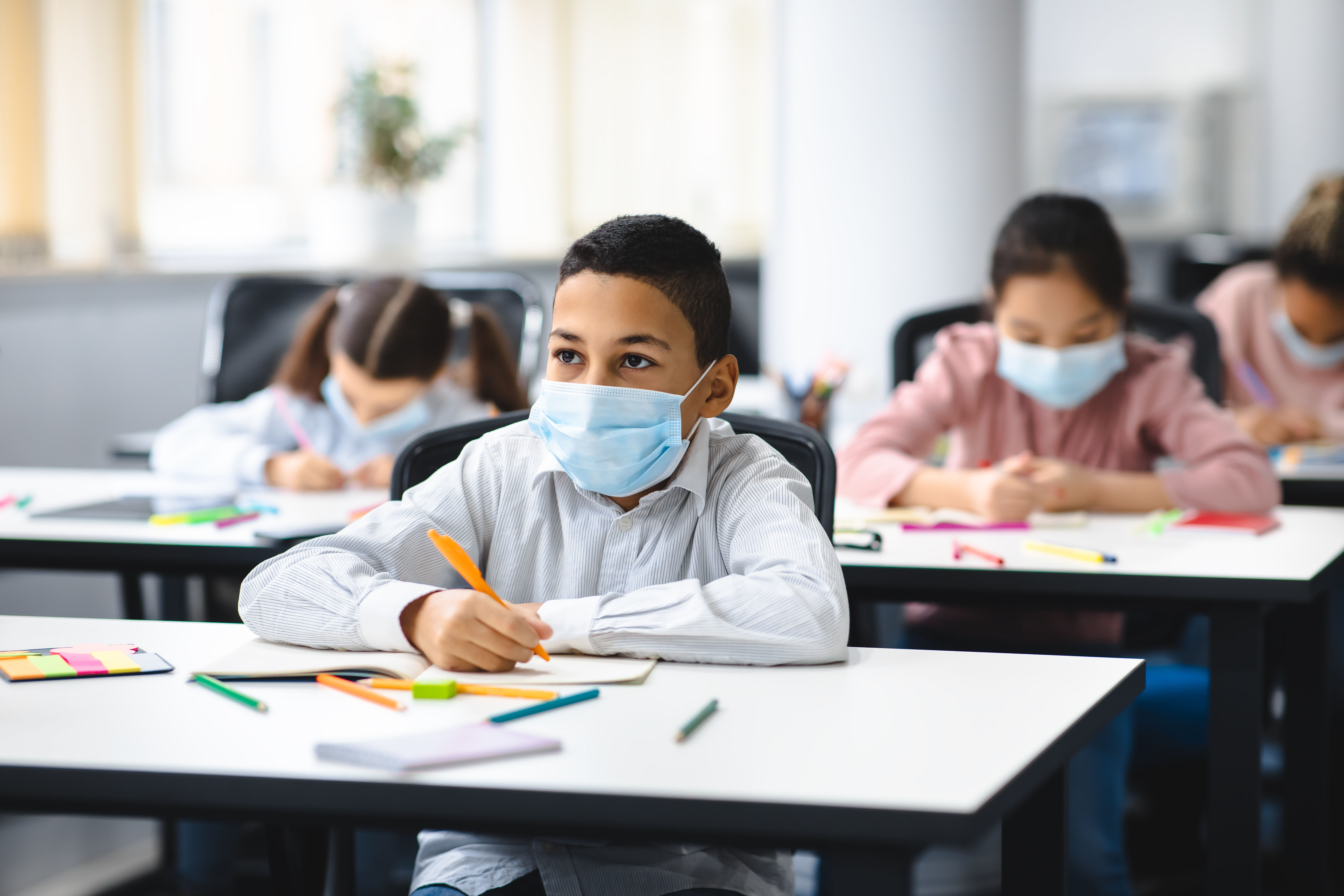 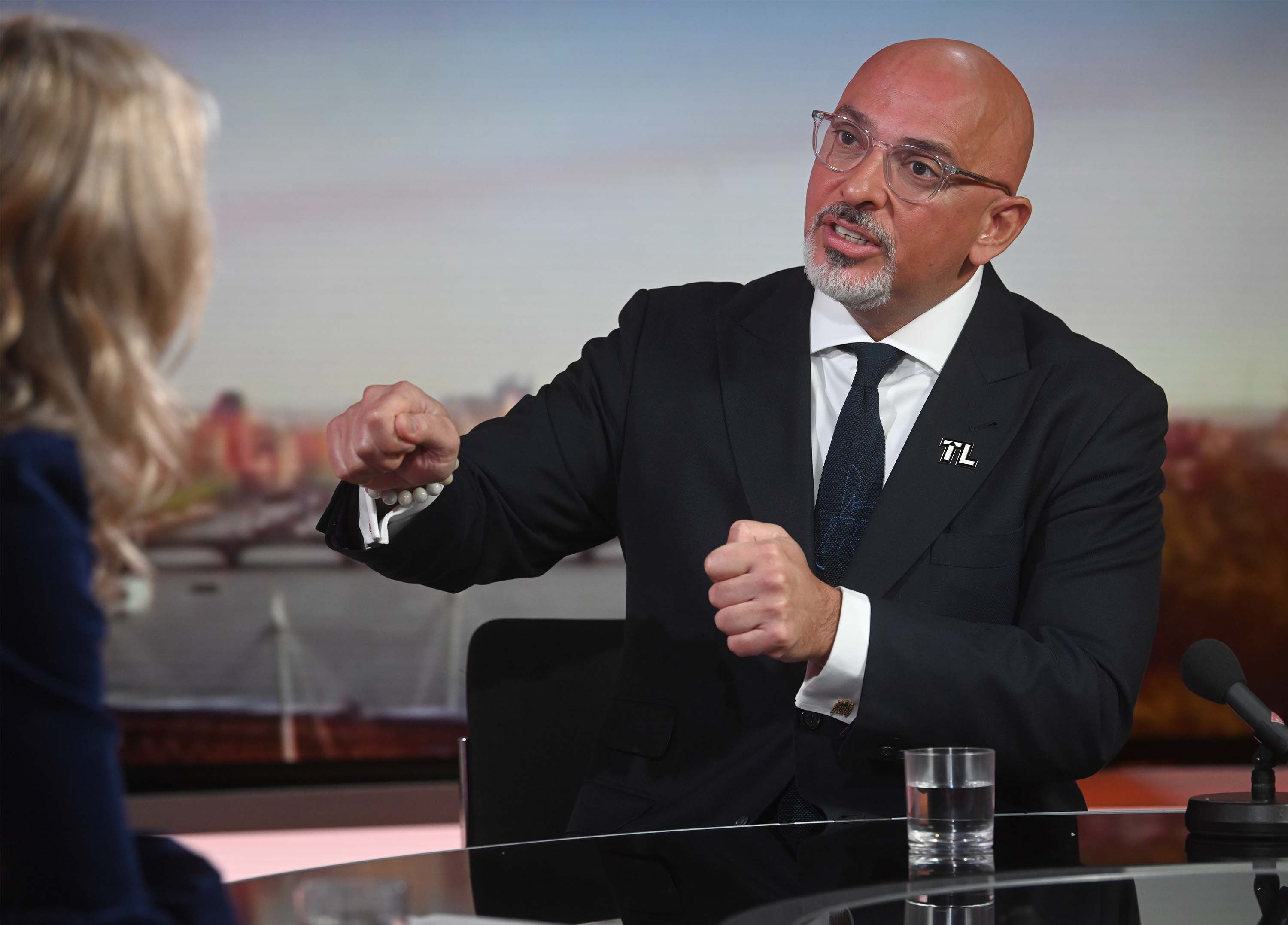 Half of all schools in England have already turned to supply teachers to get the cover they need because of staff absences.

The National Association of Headteachers have warned that the “worrying” problem is so bad many schools are already “teetering on the edge” of closure.

Schools in England have already experienced staff absences of more than 10 per cent because of Covid with reports they are bracing for a quarter of teachers to isolate in coming days.

But Nadhim Zahawi told Sky's Trevor Phillips on Sunday that he would do “everything in his power” to prevent school closures.

Mr Zahawi also told the BBC that only 1.2 per cent of all schools had been forced to close as a result of staff shortages.

Grealish invited me to a party night at villa, says Chloe Brockett

But he admitted that the government did have contingency plans for up to a quarter of teaching staff being absent.

The Education Secretary told BBC's Sunday Morning admitted the next two weeks willbe "bumpy" but was committed to in-person classes going ahead.

A poll by the NAHT revealed that 37 per cent of half the schools in England who turned to supply teachers have been unable to source the cover they need.

Pressure is also ramping up on the Prime Minister to slash self-isolation period from seven to five days – with the health minister backing the plans.

Isolation rules are threatening to bring the education system to a standstill, with the economy still struggling two years into the pandemic.

Covid booster jabs protect against Omicron and offer the best chance to get through the pandemic, health officials have repeatedly said.

The Sun's Jabs Army campaign is helping get the vital extra vaccines in Brits' arms to ward off the need for any new restrictions.

Geoff Barton, head of the Association of School and College Leaders, has warned that the Government is planning for up to 25 per cent of school staff to be out of action in the new term.

He claimed that pupils would look back on the pandemic “almost like evacuees” because of the amount of disruption it has caused their education.

Mr Barton believes that there is a “mixed picture” so far on how Covid is affecting absences this term, but warned that Whitehall is planning for the loss of a quarter of staff.

Mr Zawahi told the BBC's Sunday Morning show that the number of staff absent last week had been around 8.5 percent – but that there was “no doubt” that number would increase.

He added: “Now schools are back, we're going to see an increase in infection rates.

'DO THE RIGHT THING'

Mr Zahawi also insisted that GCSE and A-Level exams will go ahead in the summer but results will feature some teacher assessed grades.

Students will sit papers after they were cancelled in 2021 for the second year in a row.

But he ruled out an immediate return to the pre-Covid grading system, saying “we recognise that those students sitting their GCSEs or A-Levels have had their education disrupted”.

Some older pupils are also reportedly refusing to wear masks and take lateral flows after returning to school this week.

Secondary school pupils now have to wear face masks in the classroom again with ministers desperately trying to avoid another home-schooling fiasco.

The Government says schools "can decide how best to encourage" pupils to take tests and wear masks.

The Department for Education stressed that pupils should not be "denied education" on the basis of whether or not they wear a mask.

Mr Zawahi added that they would not be made to wear masks for “any longer than necessary” with a review coming later this month.

He said: “My very strong advice is we trust the teachers. We trust the head teachers to do the right thing.”