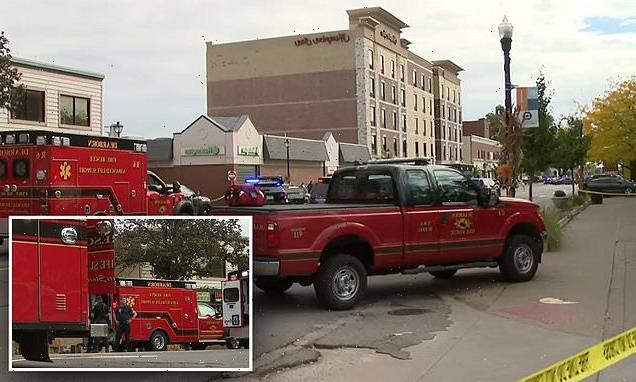 BREAKING: Gunman shoots dead one and injuries multiple others after firing from 3rd floor window of Michigan hotel before suspect barricaded themselves inside

A gunman has shot dead at least one person and injured multiple others after firing from a hotel room in Michigan.

The shooter fired on their targets before barricading themselves in the Hampton Inn in Dearborn, near Detroit, on Thursday afternoon.

Cops swooped and surrounded the suspect but warned the situation was ‘active and extremely dangerous.’

The gunman continued to fire from a third-floor window as officers descended on the scene while they rushed bystanders to safety. 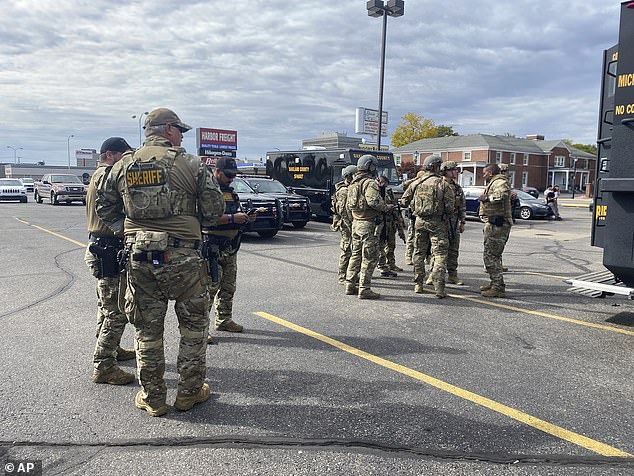 Armed police posted outside the Hampton Inn, where at least one person has been killed 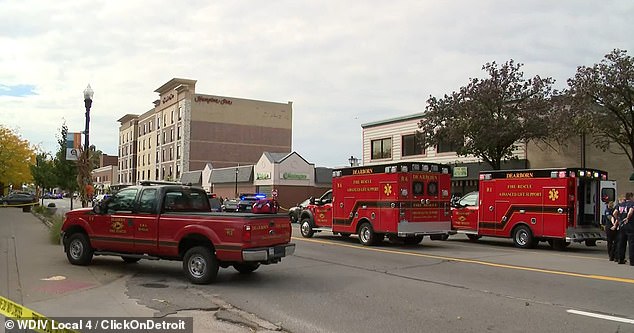 Emergency responders outside of the Hampton Inn in Dearborn, Michigan, where an active shooter is barricaded 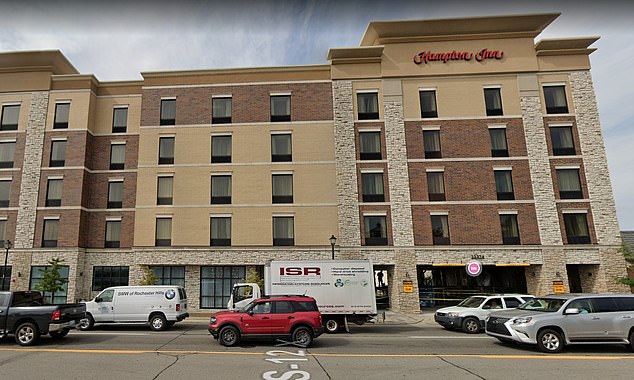 The shooting is at the Hampton Inn in Dearborn pictured here 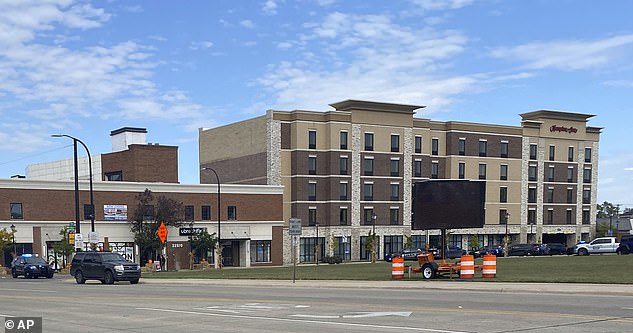 Police cars lined up outside the Hampton Inn in Dearborn, Michigan, as the active shooter remains barricaded inside

Footage showed squad cars racing past traffic held up at a red light as they sped towards the gunshots.

SWAT teams were also called amid fears there were hostages trapped inside the hotel in a stairwell.

Michigan State Police said: ‘There is a current active shooting scene at the Hampton Inn, 22324 Michigan Ave in Dearborn. This situation is active and dangerous. Stay away from the scene.

‘We are continuing to assist Dearborn Police. We are asking the community to stay away from downtown Dearborn area at this time. Again this is a very active and dangerous situation. We will continue to update as we gain more facts.’

In an update 30 minutes later, it added: ‘There are still shots being fired by the suspect. Troopers and officers are working on clearing the entire area around the hotel. Please stay away from the area as this is an active situation and extremely dangerous to the public.’

The shooting may have started when an eviction was being served to an individual staying at the hotel and a disagreement broke out, sources close to the situation told WXYZ Detroit.

Local elementary school Duvall was also plunged into lockdown as it hails less than a mile from the shooting.

‘There is a situation outside the building, and we are not allowing anyone into the school at this time. All of our staff and students are safe, and our learning and day is continuing. There will be no outside activity at DuVall,’ the school said in a post on its website.

The shooting scene is located just west of downtown Detroit. 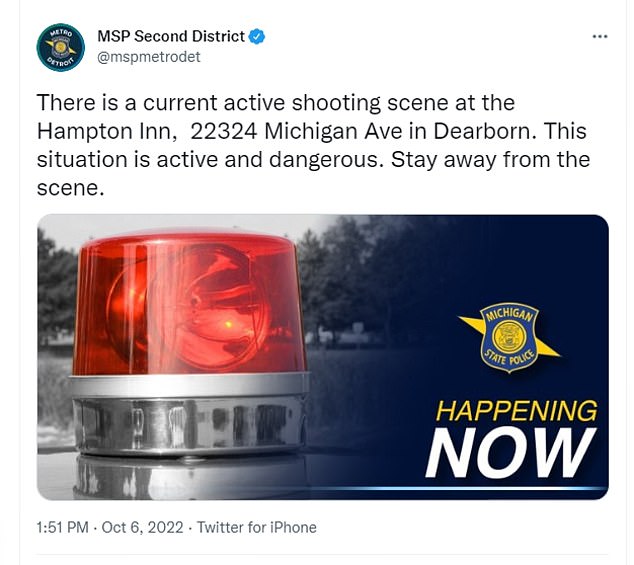 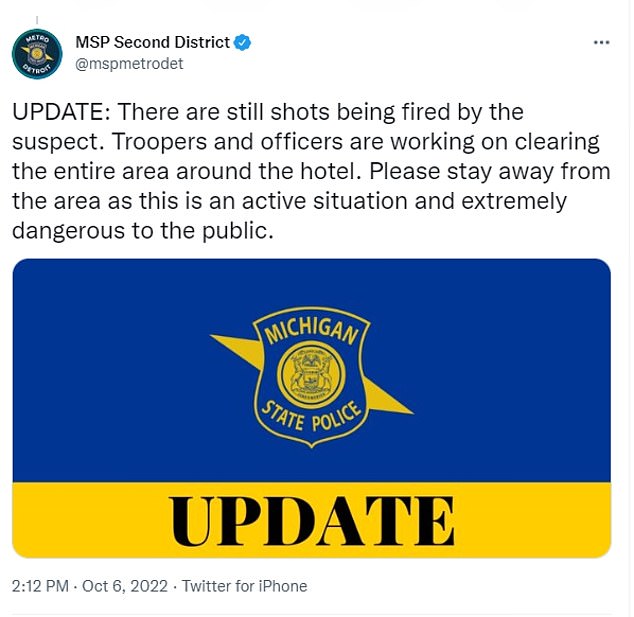 Michigan State Police and Dearborn Police said they are responding to a shooting at a Hampton Inn on Michigan Avenue, as they urge people to stay awa