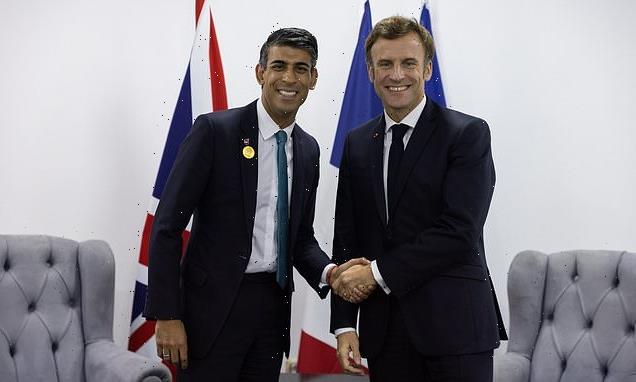 British immigration officers will be deployed to tackle the Channel crisis in French territory for the first time as part of a landmark deal, the Daily Mail can reveal.

The deal will also see the largest-ever sum handed by the UK taxpayer to France – thought to be around £80million – for escalated anti-dinghy patrols.

Rishi Sunak indicated yesterday that an agreement was imminent after his first meeting with French president Emmanuel Macron.

The Prime Minister said he had ‘renewed confidence and optimism’ that deals could be struck with Paris and other European partners to combat illegal immigration.

But critics warned that any new deal would have to deliver after years of broken promises. 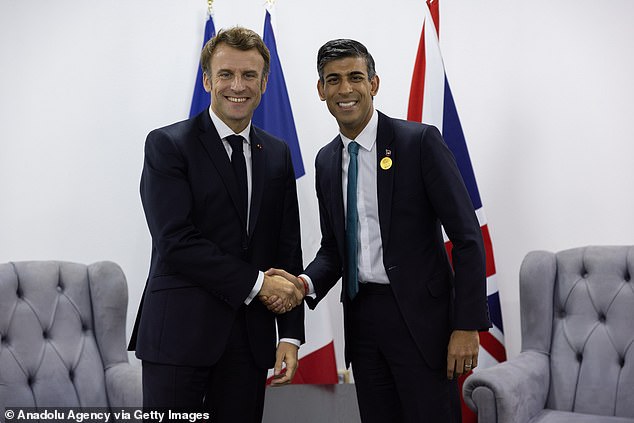 Six weeks ago the Mail revealed that a previous attempt at an accord with France had been torpedoed by Liz Truss’s remarks about Mr Macron.

Boris Johnson’s government had been poised to announce a ‘ground-breaking’ agreement – but Miss Truss unintentionally scuppered the deal when she said the ‘jury is out’ on whether Mr Macron was a ‘friend or foe’.

Mr Macron’s government pulled out of the Channel negotiations a few days later, even though an agreement was on the cusp of being signed and sealed.

Last night negotiations were back on track as Downing Street confirmed talks were nearing a conclusion following a meeting between the two leaders at the Cop27 summit.

‘A deal is being discussed and I think is in its final stages,’ the Prime Minister’s official spokesman said.

After meeting Mr Macron in Egypt yesterday, Mr Sunak said: ‘There is an opportunity for us to work closely not just with the French but with other countries as well.

‘I’m actually leaving this with renewed confidence and optimism that [by] working together with our European partners, we can make a difference, grip this challenge of illegal migration and stop people coming illegally.’

Officials are understood to be hammering out final details, with a formal announcement expected next week. 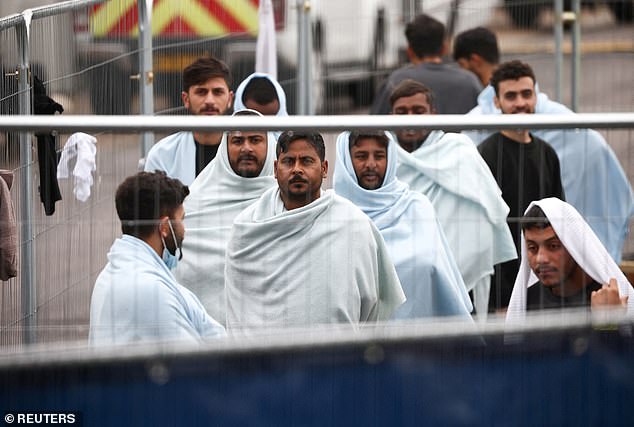 The Prime Minister said he had ‘renewed confidence and optimism’ that deals could be struck with Paris and other European partners to combat illegal immigration. Pictured: a group of men at Manston yesterday

Although British border guards have been deployed in France for almost 20 years to conduct passport checks, the new deal will mark a significant breakthrough.

The cash boost is also expected to increase the number of beach patrols which currently number 800 a day.

Alp Mehmet, chairman of Migration Watch UK, said: ‘This represents a glimmer of hope but really should have been done four years ago.

‘This joint working will have to be properly implemented if it is to make a difference. I can’t help being a wee bit sceptical about whether it can solve this problem.’