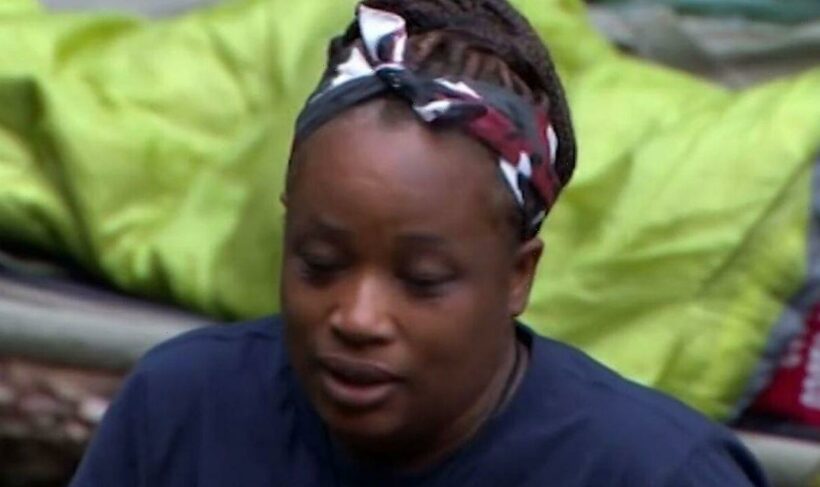 I'm A Celeb: Charlene White emotional as she remembers her kids

Loose Women star Charlene White, 42, is among the star-studded list of public figures entering the jungle for the first time on I’m A Celebrity… Get Me Out Of Here! 2022 – and it looks like she’s already starting to feel the strain. She admitted that she “couldn’t stop crying” as she despaired about how much she was missing her two young children back in the UK.

The emotional star conveyed her desperate feelings via a Bush Telegraph after waking up feeling a little blue.

“I would say that my first night’s sleep in the jungle wasn’t great,” she admitted.

“I’m not used to sleeping outdoors, it’s a new environment [and] I think I was over emotional – I was missing the kids.”

She added: “It just got released through tears really and I just couldn’t stop crying.”

Even worse, Scarlette Douglas from A Place in the Sun had Charlene panicking when she admitted she’d had a creepy crawly visitor in the camp.

The TV host – who’d been plunged back down to earth after she and Boy George were declared jungle VIPs – at the start of the show – revealed that she’d seen her first snake.

“Are you freaking kidding me?” a panicked Charlene replied.

However, she did receive some inspirational chat from radio host Chris Moyles about how to manage difficult emotions, as he discussed the transformational journey he’d made in his relationship with food.

He revealed he’d once bought a “microwaveable kebab” to cries of “Come on, you’re better than that!” from his campmates.

When Charlene asked what had turned his weight around for him, after previously reaching 17.5 stone, he said it was sparked off by a climbing stint on Mount Kilimanjaro.

“I had a trainer, and one day I just went, ‘It’s a waste of time this training, I’m not losing any weight’ and he just barked at me, ‘That’s because your diet’s s***!’” he told the camp.

That was a decade ago – and Chris has lost significant weight since then.

However, his diet is unlikely to become more wholesome in the jungle, as guests face the prospect of chowing down on sheep anus and kangaroo rump – the latter being something Charlene and the camp have already braved.

Meanwhile, the Loose Women host had already admitted she expected to be in floods of tears over her separation from her beloved family after entering the jungle on the opposite side of the world.

“That’s what is going to get me tearing up. It will be weird.”

She admitted that she was also terrified at the prospect of spiders crawling over her body – something that could make the Loose Women star more than a little squeamish.

However, she added: “I’ve given birth to two kids in quick succession, survived that and lived to tell the tale, so I feel it’s now right to take on another big challenge!”

Charlene is in a committed relationship with executive TV producer Andy Woodfield, who is the father of her two children.

The pair welcomed a son, Alfie, in 2017, followed by daughter Florence two years after that, and their tender age has only added to Charlene’s heartache over being separated – but she is sure to be reunited with her babies soon.

I’m A Celebrity airs weekdays on ITV at 9pm.