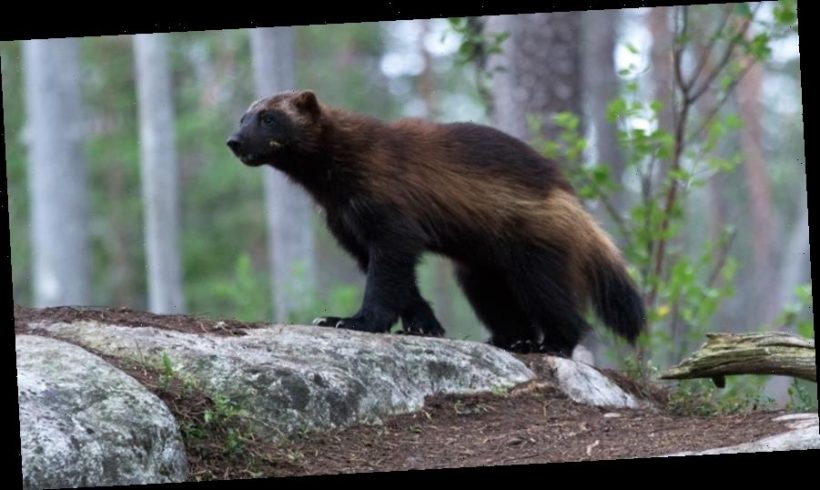 An ultra rare wolverine was caught on camera galloping through a snowy forest in Yellowstone National Park last month.

Remote cameras have been used since 2014 to keep track of cougars in the park, but this was the first time a wolverine has been caught on a camera, the park wrote on Facebook.

Wolverines, which are carnivores that weigh anywhere between 13 and 31 pounds, have a small population in the Rocky Mountains, according to the National Park Service. Only seven were found living in eastern Yellowstone and surrounding forests between 2006 and 2009.

Commercial trapping greatly reduced the number of wolverines in the United States by the 1930s, and their homes could be further eroded by climate change.

“Climate-change models predict that by 2050, the spring snowpack needed for wolverine denning and hunting will be limited to portions of the southern Rocky Mountains, the Sierra Nevada range, and greater Yellowstone, of which only the latter currently has a population,” the National Park Service explains.

This wolverine was near the Mammoth Hot Springs on a remote trail.