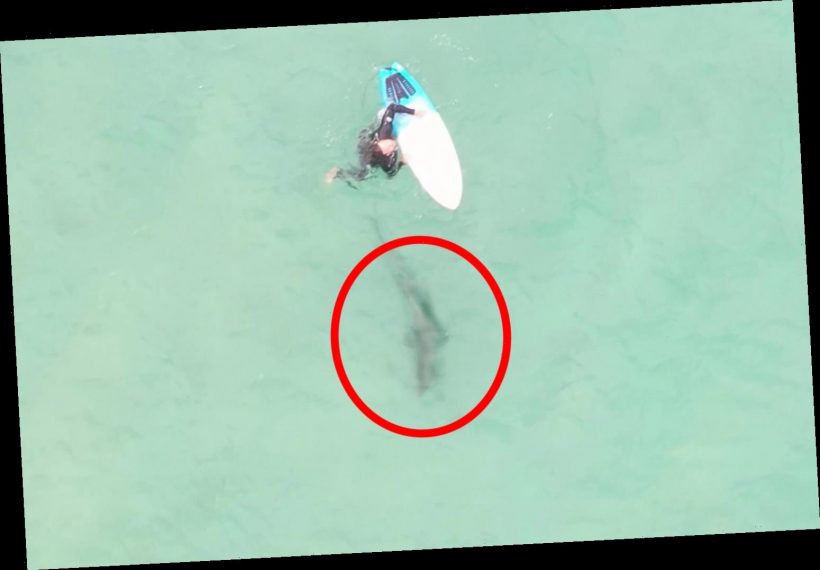 THIS is the horrifying moment an oblivious surfer steps on a shark after sliding off his board before scrambling out of the water in terror.

The lucky escape was caught on camera by a drone in Australia, with the surfer miraculously avoiding injury. 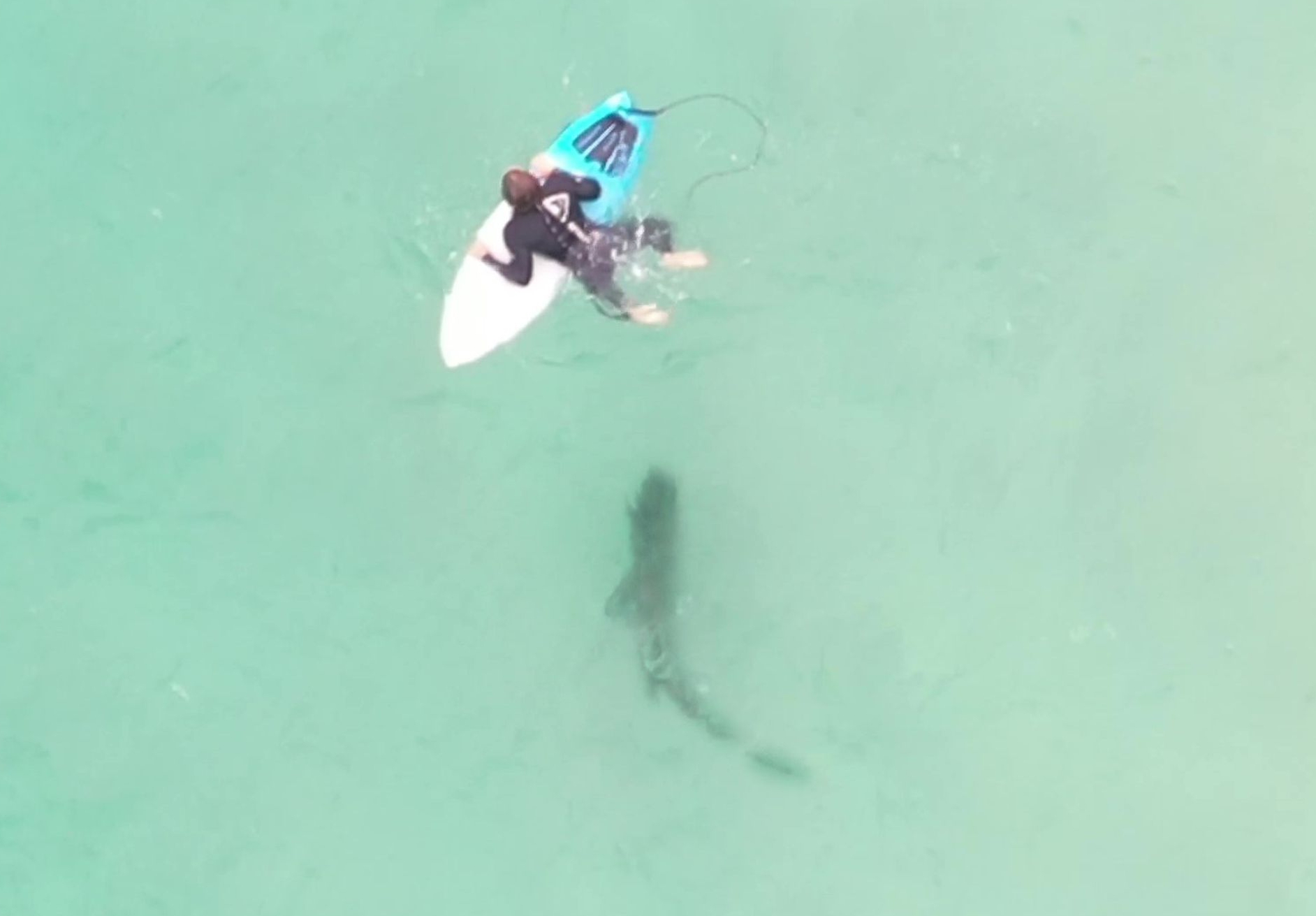 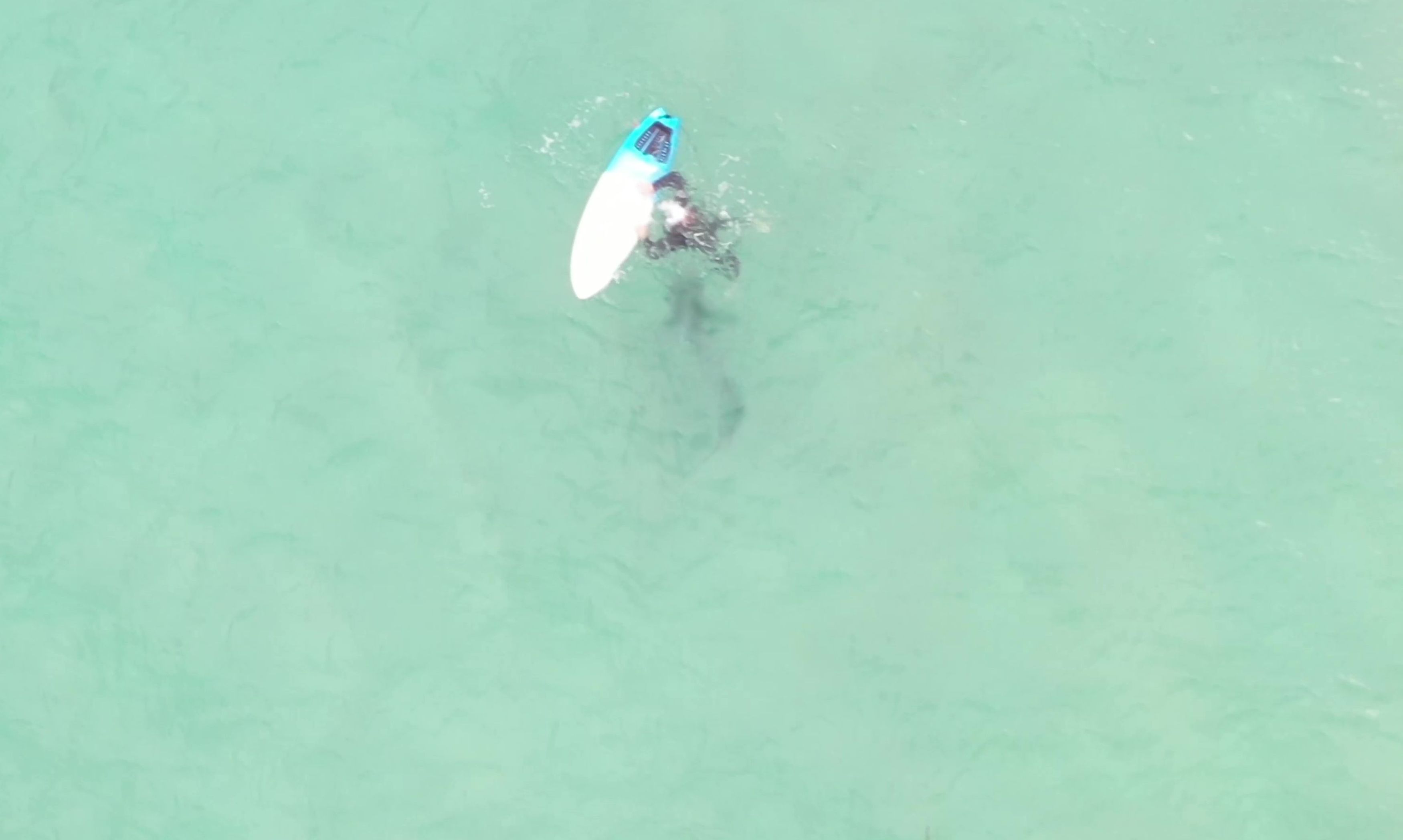 The heart-stopping footage shows the surfer at Bondi Beach in Sydney paddle through the water on his board, moving closer and closer to the grey nurse shark.

He then unwittingly jumps off the board and lands straight on the shark.

Realising he has hit something, the surfer immediately leaps out of the water and back onto the safety of his board.

Fortunately, he escaped attack as the shark quickly darted away.

The freak incident was captured by drone photographer Toby Nicol earlier this month.

"He seemed to hop off his board right on top of the shark and I jumped a little bit, I did wince," he told 7News.

"I would love to chat with the surfer.

"It would be great to see if he knew it was a shark that he stepped on."

Grey nurse sharks are one of the most critically endangered shark species.

They can grow up to 14 feet and have strong jaws filled with thousands of tiny teeth.

According to National Geographic, nurse sharks are "for the most part harmless to humans", but "will bite defensively if stepped on or bothered".

Nurse sharks are found in the warm, shallow waters of the western Atlantic and eastern Pacific oceans. 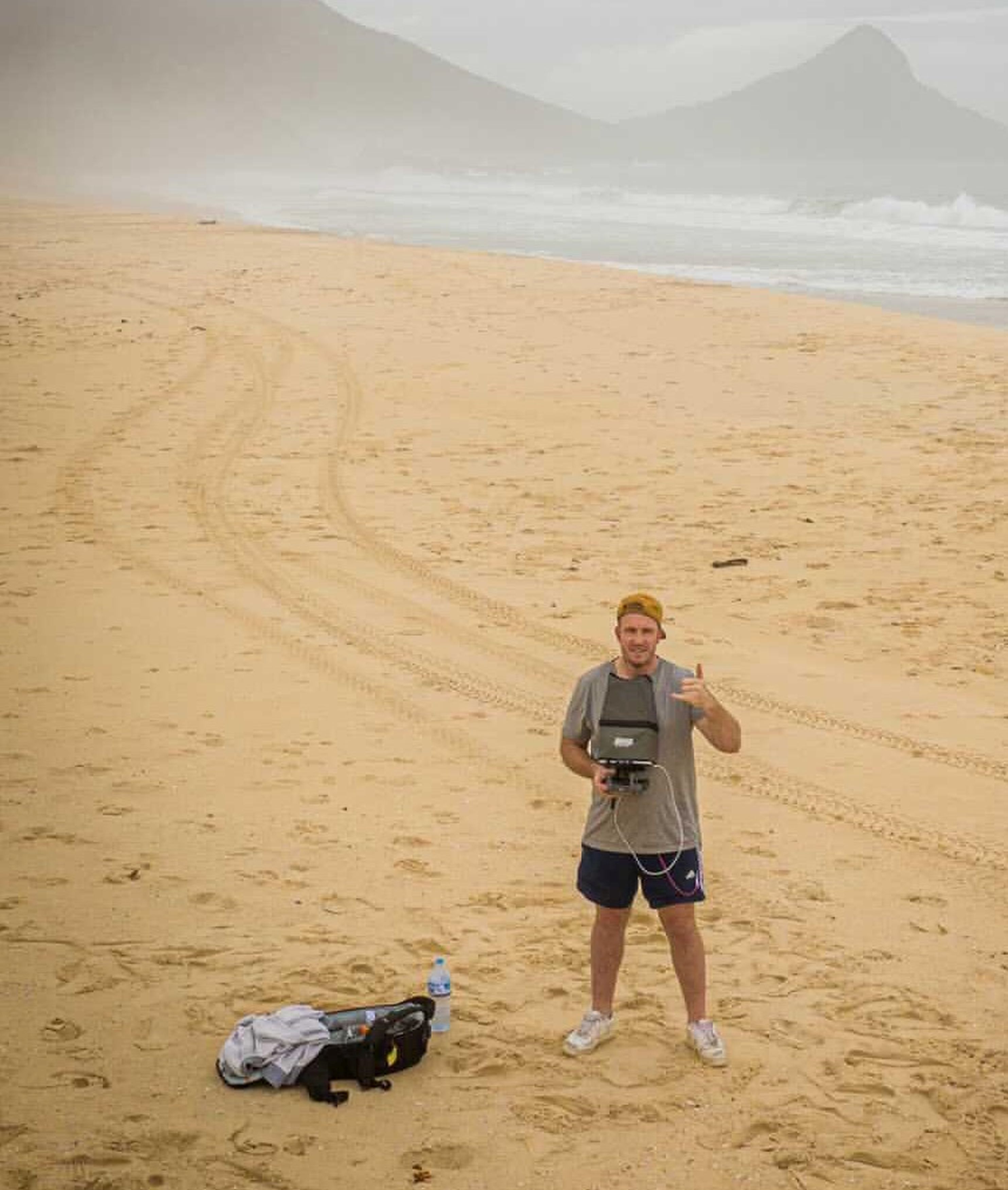