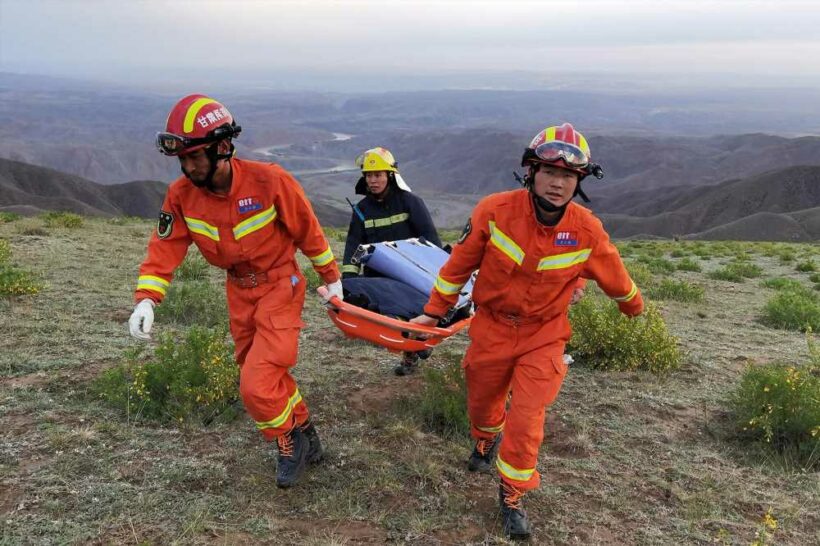 The world’s fastest backward runner smashes his own record

Several champion Chinese runners have been identified among 21 killed in northwestern China when they were hit with freezing cold weather during an ultramarathon Saturday.

Huang Guanjun, who won the men’s marathon for hearing-impaired runners at the country’s 2019 National Paralympic Games, was among the dead, as was ultramarathon champion Liang Jing, according to state media.

Just hours into the high-altitude race on Saturday afternoon, the runners were hit with hail, freezing rain and gale-force winds in the Yellow River Stone Forest near Baiyin city, according to the state-run Xinhua News Agency.

Now officials are facing outrage for their lack of contingency planning.

“Why didn’t the government read the weather forecast and do a risk assessment?” one commentator wrote on Chinese social media. “This is totally a manmade calamity. Even if the weather is unexpected, where were the contingency plans?”

In the days leading up to the race, the local branch of the National Early Warning Information Center cautioned there would be hail and strong winds.

But a woman who worked for the race organizer, Gansu Shengjing Sports Culture Development Co., said there was no indication of extreme weather for race day, according to Beijing News, a paper owned by the Beijing city government.

Some of the competitors have also said they were even taken off guard by the significant drop in temperature in Jingtai county, which recorded a low of 43 degrees Fahrenheit on Saturday excluding wind chill.

“It was very hot one day before the race, and although the weather forecast said there would be wind and moderate rain in Baiyin on Saturday, everybody believed it would be mild. It’s dry in northwestern China,” Mao Shuzhi told Reuters.

She said she was about 14 miles along when the weather took a turn for the worse.

“The rain was getting heavier and heavier,” Mao said.

But due to previous experiences with hypothermia, she decided to turn around.

“At first I was a bit regretful, thinking it might have just been a passing shower, but when I saw the strong winds and rains later through my hotel room window, I felt so lucky that I made the decision,” she said.

Some of the runners suffered from hypothermia and lost their way in the strong winds and heavy rain, according to social media posts.

Around 1,200 rescuers — assisted by thermal-imaging drones, radar detectors and demolition equipment — were dispatched to save the competitors, state media reported.

Footage showed rescuers in winter jackets in the pitch-dark night canvassing the race with flashlights along steep hills and narrow paths.

By Sunday, 151 runners had been confirmed safe.

The government has vowed to fully-investigate the circumstances that led to the 21 deaths.