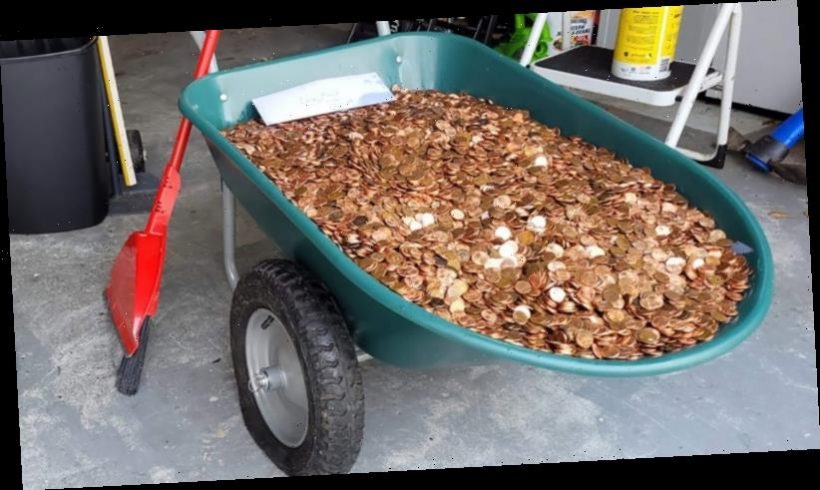 Marietta, Georgia: Help has finally arrived to help a Georgia man solve quite a “coinundrum”.

Andreas Flaten’s former employer dumped more than 90,000 pennies — equivalent to about $1180 in Australia — on his driveway on March 12 as a form of final payment for his work at an auto shop, he said.

Flaten said his former employer — A OK Walker Autoworks in Peachtree City, Georgia — owed him $US915 after he left his job there in November over a dispute involving a promise of flexible work hours to allow him to pick up his child from childcare. 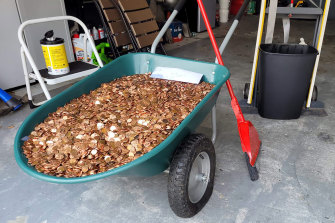 After repeatedly complaining to the authorities that his last pay cheque hadn’t arrived he received it in the form of thousands of grease-covered pennies dumped at the end of his driveway in Fayetteville, Georgia. Atop the pile: an envelope with Flaten’s final payslip and a note that featured an obscenity.

His door bell camera had recorded a young man saying “Hey, your money is at the end of the driveway, bud,” the New York Times reported. Flaten said he believed the man was a current employee of the repair shop. 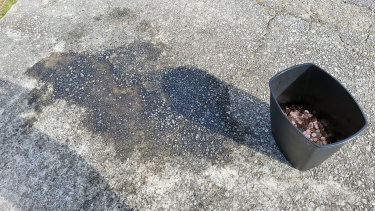 The oil stain left by the coins on the driveway of Andreas Flaten.Credit:Olivia Oxley/AP

The next day, his girlfriend, Olivia Oxley, posted a video of the pennies on Instagram, where he attracted the attention of sympathisers and of Washington-based Coinstar, which operates coin-converting machines and kiosks.

“Coinstar has been in the coin business for 30 years and we process approximately 41 billion coins annually – so picking up 91,000 pennies was all in a day’s work,” Coinstar CEO Jim Gaherity said in a statement.

Flaten said his former employer — A OK Walker Autoworks in Peachtree City, Georgia — owed him $US915 after he left his job there in November over a dispute involving a promise of flexible work hours to allow him to pick up his child from childcare.

Flaten had been spending an hour or two every night trying to clean the pennies, which he stored in a wheelbarrow in his garage, so that he might be able to drop them in a coin-sorting machine.

The owner of the shop, Miles Walker, told WGCL-TV that he didn’t know if he had or hadn’t dropped the pennies off at Flaten’s house.

“I don’t really remember,” Walker said. “It doesn’t matter. He got paid, that’s all that matters.”

Asked by The New York Times if it was legal to pay an employee in dirty, grease-covered pennies, Eric Lucero, a spokesman for the US Department of Labour, wrote: “There is nothing in the regulations that dictates in what currency the employee must be paid”.