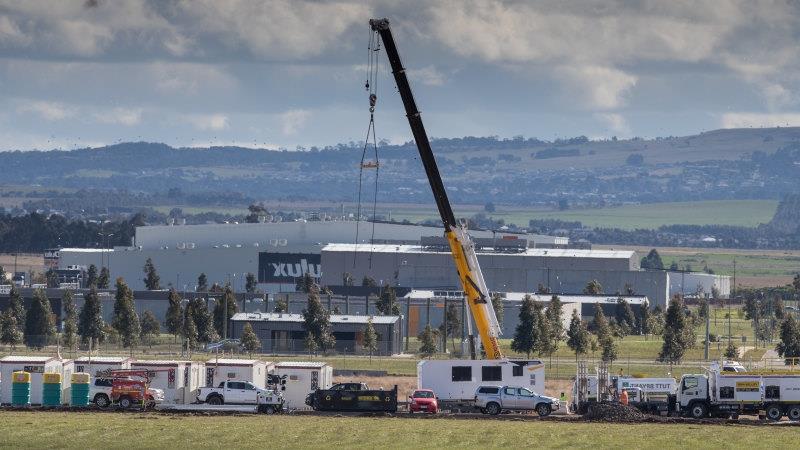 Construction is under way at Melbourne’s Centre for National Resilience – the unwieldy name given to the new quarantine facility in Mickleham – with the camp set to open by the end of the year.

A community engagement session was held earlier this week on progress of the fast-tracked 1000-bed accommodation site for returning travellers, however residents were told that builders would not be delayed by any consultation process.

Earthworks have begun at an empty paddock in Melbourne’s north, which sits next to the federal government’s pet quarantine facility and is about 300 metres from homes. 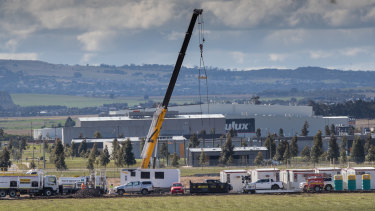 Construction of the new quarantine facility in Mickleham has begun.Credit:Jason South

The project is being modelled on the Howard Springs centre in the Northern Territory, which has proven to be highly effective at preventing leaks of COVID-19 compared to hotel quarantine.

Multiplex has been engaged to construct the facility, with 80 per cent of the buildings to be prefabricated off-site. The centre can be extended to 3000 beds but will be operational as soon as 500 are ready later this year.

Among the issues raised by the public at an information session on Thursday were questions about the impact on real estate prices, the threat of the virus escaping into the community and why residents were only receiving information about the project now. 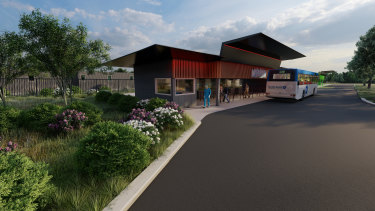 What the new quarantine facility in Mickleham will look like. Credit:Victorian government

Locals were assured the facility would follow the highest infection-control standards set by Howard Springs, with staff fully vaccinated and unable to work second jobs.

On Friday, Premier Daniel Andrews was asked why the community had not been given the chance to give feedback on the centre.

“But we’ve got to get this built. There’s much greater risk to people across Victoria, Mickleham included, by having thousands of people in hotels that are not built to quarantine them.

“That’s the site that’s been chosen and everyone, including locals, will be better off because of that.” 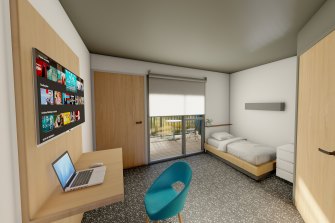 The Victorian government has provided renders of what the new quarantine facility could look like.

The centre is being built on Commonwealth land and construction costs will be funded by the federal government, with the Victorian government to run the facility.

The site was chosen by the federal government after it was presented by the state government with two preferred options: Mickleham and Avalon Airport.

The size of the property, its proximity to an airport and the location of medical facilities were among the primary considerations for finding a suitable location.

Hume City Council mayor Joseph Haweil said the facility was not following a full consultation process if people were unable to oppose it.

“I would say it’s less being consulted, more being informed,” he said.

Another concern raised by residents was the potential impact on traffic, with surrounding roads often choked by cars due to an influx of new housing.

Cr Haweil said the community was entitled to be rewarded with infrastructure funding if it was going to do the heavy lifting of quarantining travellers. “That contribution should be recognised,” he said.