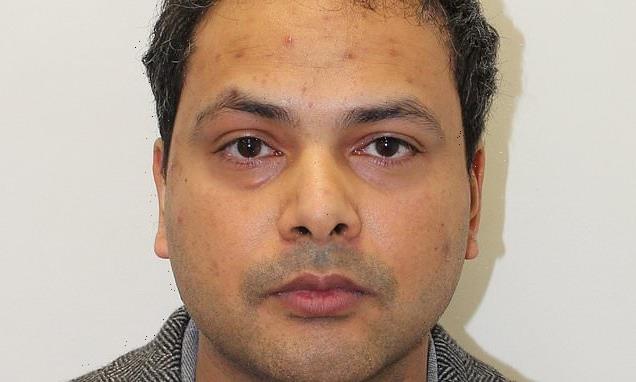 Love rat dentist, 39, who threatened to pour bleach down wife’s throat and set up home CCTV with speaker to order her to cook and clean from his Chelsea surgery is jailed for three years

A dentist who threatened to pour bleach down his wife throat and set up home CCTV with a speaker to order her to cook and clean from his Chelsea surgery has been jailed for three years.

Dr Amandeep Goma, 39, repeatedly assaulted Sonia Puri Goma with household objects, monitored her housework through a security camera and threatened to kill her.

Goma monitored his wife’s text messages, controlled her finances and dictated how much she would see their children, a court heard.

Goma, who ran the luxury Chelsea Dental Spa, was having an affair with a colleague while beating and abusing his wife Sonia during the first lockdown last year. 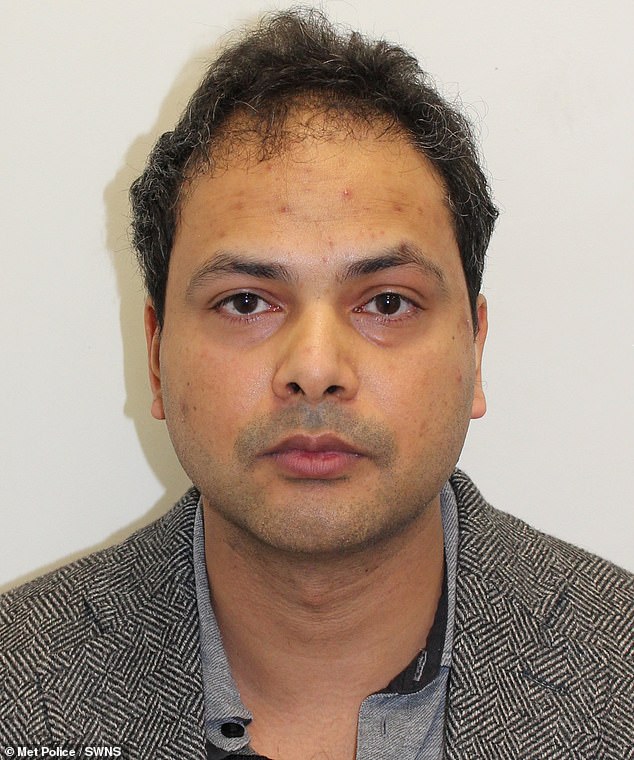 Dr Amandeep Goma, 39, repeatedly assaulted Sonia Puri Goma with household objects, monitored her housework through a security camera and threatened to kill her

Goma installed a security camera, fitted with a speaker, in their house which he used to monitor his wife, record her and speak to her through it when he was away so that he could demand she cooks and cleans.

When Sonia tried to shut it down he would ‘scream at her and pull her hair’ and threatened to kill her, the court heard.

Goma was jailed for two-and-a-half years at Southwark Crown Court on December 2, with Judge Gregory Perrins saying Goma’s abusive behaviour had been hidden ‘behind a veil of respectability’.

The dentist was jailed for a further six months for the attacks on Ms Kaur, including an attempt to strangle her, at Westminster magistrates’ court.

Goma and his wife, who have two children together, had an arranged marriage in India in 2011 before moving to the UK.

When the couple moved to Earl’s Court in Chelsea, London, Sonia’s family were aware of problems in the marriage and the abuse got worse when the UK was in a national lockdown last year.

‘Mr Goma became physically abusive towards his wife. He would not only use foul language, but it is alleged he repeatedly hit her with objects and twisted her arm,’ Prosecutor Arizuna Asante told Southwark Crown Court.

Goma would grab his wife’s arm, hit her with a shoe and drag her by the hair, the court heard.

The prosecutor said Goma had ‘threatened to pour bleach down her throat’ on March 24 last year when he was upset by her housework.

Ms Asante said that Goma would control Sonia’s finances, try to limit her activities, and degrade her by berating her cooking, child-rearing and spending.

‘This was repeated, this was abusive, this was unceasing,’ Ms Asante said. 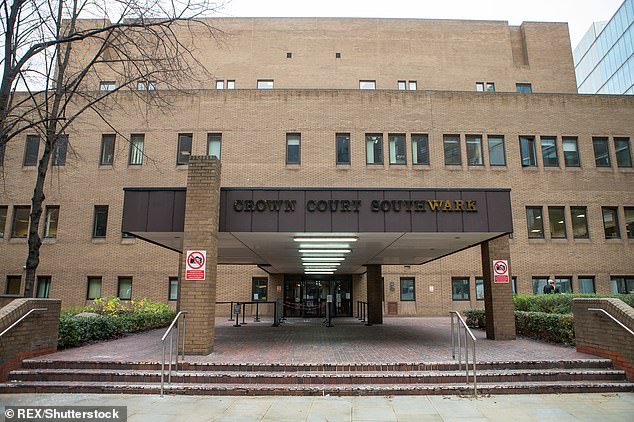 Goma monitored his wife’s text messages, controlled her finances and dictated how much she would see their children, Southwark Crown Court heard (file image)

Goma also fitted a camera in the home so that he could monitor her activities and speak to her directly through a speaker.

‘This was an attempt to exercise coercion and control over her. He would come home and repeatedly threaten her with violence,’ Ms Asante said.

When asked why she switched off the device, Sonia told the court behind a screen: ‘Because it was a controlling device to judge if I was treating the children in a way he saw fit.

‘I just felt I had done something wrong, he would show me videos from the video camera and basically became very aggressive again.’

Goma controlled his wife’s finances ‘to an abusive degree’, depositing only a small amount into their joint bank account, Southwark Crown Court heard.

‘When she did spend that came under abusive scrutiny. She would buy their children clothes, that would be fine, but when she tried to buy clothes for herself he would get upset over that,’ said the prosecutor.

Sonia told the court her estranged husband started verbally abusing her over her spending. ‘There were lots of arguments about spending, mainly one-sided because he was working, so it meant it was me who was not allowed to spend rather than him,’ she said.

Jurors were told that the typical argument involved Goma going in ‘all guns blazing’ and straight away shouting and screaming at his wife.

‘There would be lots of name calling,’ Sonia said. ‘B****h, cow, idiot that sort of thing, very designed to make me feel like nothing basically.’

Sonia said she often felt ‘cornered’ and ‘scared’ by her husband’s behaviour.

During the first lockdown, Goma flew into rages when his wife took the children out of the house, she said, adding: ‘In his mind, I should have stayed at home and done lots of cleaning and cooking throughout the day, specifically Indian cooking.

‘He accused me of not cooking, not cleaning and dragging the kids around.’ 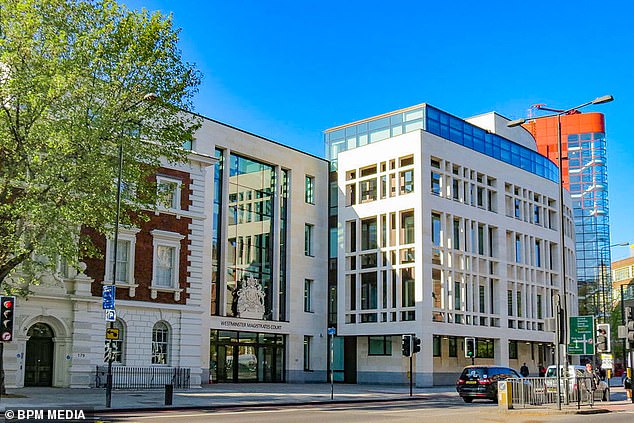 The dentist was jailed for a further six months for the attacks on Ms Kaur, including an attempt to strangle her, at Westminster magistrates’ court (file image)

Goma also abused his wife when he couldn’t find an item around the house, the court heard.

‘If an argument was about cleaning, he would say ‘I will make you drink bleach, make you clean,’ Sonia said.

Sonia bravely recorded some of the arguments on her phone as evidence of her husband being the ‘opposite person’ with her than with everyone else.

She sobbed as several audio clips were played in court which prosecutor say record him pinching her, hitting her with shoes and threatening to ‘shove bleach down her throat’.

Jurors were shown a picture of a red bruise on her hand which she said was the result of her husband hitting her with force with a towel.

In one occasion when he became enraged about about not having clean clothes for work, Goma dragged his wife by the hair to the washing machine demanding she do laundry,

Goma, of Philbeach Gardens, Earls Court, denied but was convicted by a jury of controlling or coercive behaviour in a family relationship.

He was convicted of two charges of assault by beating against Ms Kaur and criminal damage to her phone after a separate trial at Westminster Magistrates’ Court in June.

Goma was given two and a half years jail for his controlling behaviour to his wife with six months consecutive for the two assaults on Ms Kaur, making three years in total.

He is now suspended as a dentist and now faces struck off as a result of his convictions.