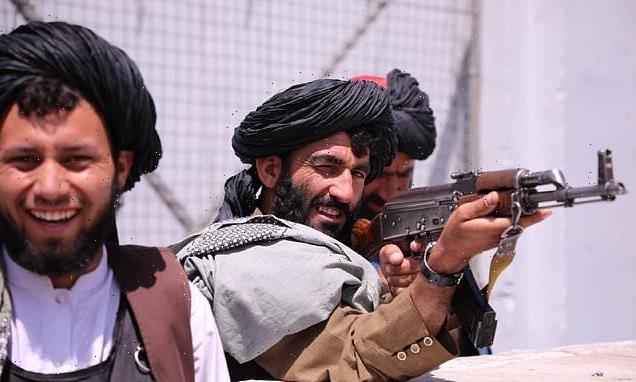 The EU is planning a 5,000 strong ‘rapid response’ reaction force for military interventions in the wake of the chaotic evacuation of Afghanistan.

Calls have grown for the 27-nation bloc to develop its own joint military capability to respond quickly to crises in the wake of the chaotic scenes at Kabul airport after the Taliban seized power.

EU foreign affairs chief Josep Borrell said: ‘Afghanistan has shown that deficiencies in our strategic autonomy come with a price and that the only way forward is to combine our forces and strengthen not only our capacity but also our will to act. 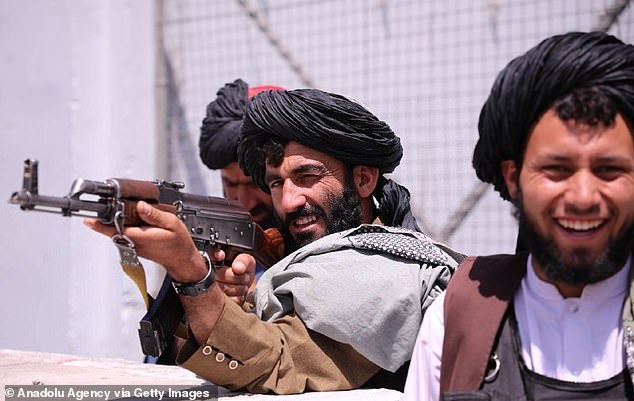 The EU is planning a 5,000 strong ‘rapid response’ reaction force for military interventions in the wake of the chaotic evacuation of Afghanistan. Pictured: Taliban fighters in Kabul

‘If we want to be able to act autonomously and not be dependent on the choices made by others, even if these others are our friends and allies, then we have to develop our own capacities.’

Among the propositions is a plan, first aired in May, to set up a 5,000-strong force as part of a review of the EU’s overall strategy due to be presented in draft form in November.

But the proposal is yet to gain EU-wide support, and there are major doubts over whether there is the political will to engage such a force. The bloc, for instance, never used a system of so-called battlegroups it set up in 2007.

A rapid reaction force is seen as more likely now that Britain has exited the bloc.

Britain, one of Europe’s main military powers alongside France, had been sceptical of collective defence policy.

‘The EU and its Member States must carry greater weight in the world – to defend our interests and values and to protect our citizens,’ European Council President Charles Michel wrote in an online post.

‘The chaotic withdrawal from Afghanistan forces us to accelerate honest thinking about European defence.’

Slovenian Defence Minister Matej Tonin – whose country holds the EU’s rotating presidency and hosted the meeting at the state-owned Brdo Castle estate northwest of the capital Ljubljana – estimated that a rapid response force could number ‘5,000 to 20,000’ personnel. 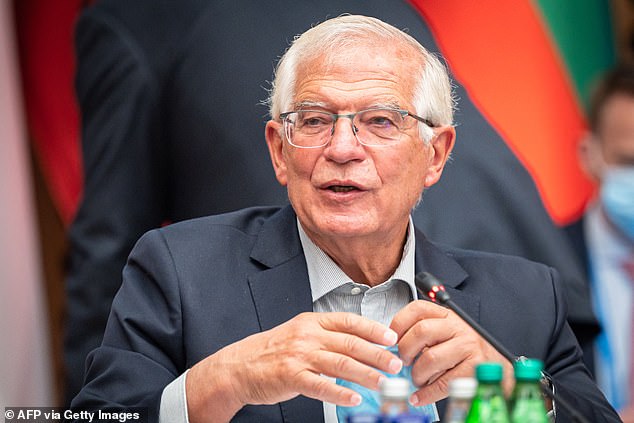 He called for a new system that would see troops from ‘willing countries’ dispatched in the name of the EU if just a majority of member states agreed, rather than the unanimity required for the battlegroups.

In Washington, President Joe Biden’s administration indicated it would welcome such a force, which comes after years of US pressure on NATO allies to share more of the burden by boosting military spending.

‘We continue to believe that a stronger, more capable Europe is in our shared interests,’ State Department spokesman Ned Price told reporters.

‘When the democracies that make up the EU stick together, they constitute a tremendous force for a stable and open international order.’

But he said that the European Union and NATO should coordinate to ‘avoid duplication and potential waste of scarce resources’.

German Defence Minister Annegret Kramp-Karrenbauer said the lesson from Afghanistan was that Europe must be able to ‘act more independently’ to be a credible actor.

But she insisted ‘it is very important that we don’t act as an alternative to NATO and the Americans’.

She appeared to push back against the idea of a standing force, saying on Twitter that ‘coalitions of the willing’ among member states could come together to tackle future crises.

Latvian minister Artis Pabriks said the bloc needed to show it had the ‘political will’ to use any force if the plan was to lead anywhere.

He noted that the battlegroups programme has been around for over a decade as part of the EU’s common defence policy, but asked, ‘Have we ever used it?’

Debate has raged for decades over what role Brussels should play on defence. EU member nations – most of which are also NATO allies – have often been reluctant to agree on moves to integrate military capabilities.

Ambitions on common defence have gathered steam in recent years in part due to the exit from the bloc of Britain, which was opposed to anything that might lead to a European army or dilute support for NATO.