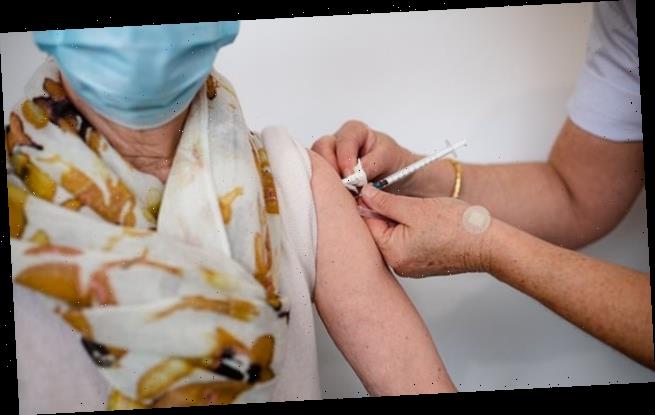 Five Brits out of 11MILLION have suffered blood clots after getting AstraZeneca’s vaccine – but regulator insists there is still NO proof jab is to blame and risk of dying from Covid is at least 1,000 times higher

There is still no evidence that the AstraZeneca Covid vaccine causes blood clots and only five people in Britain have developed them out of 11million, health chiefs say.

The MHRA drug regulator today revealed that a handful of the same blood clots causing panic in Europe have been seen in the UK and one man has died.

But they said there still isn’t any proof of a link between the two and the risk of dying of Covid is at least 1,000 times higher for most people, meaning getting the vaccine is still the safest option by far.

Medical bosses said the clots might have even been caused by Covid-19 itself but they didn’t know.

Some of the clots were so rare, the MHRA said, that experts aren’t even sure how common they are in the general population – but none seem to be happening unusually often.

The European Medicines Agency will announce the outcome of its investigation into a possible link between the jab and clots today after more than a dozen countries panicked and stopped using the vaccine.

Scientists and regulators around the world – including the World Health Organization – have blasted the ‘disorder’ Europe has kicked up around the cases and say that the blood clots are probably just coincidence.

With tens of millions of people getting vaccinated around the world, health problems were always certain to pop up and they are unlikely to be caused by jabs. 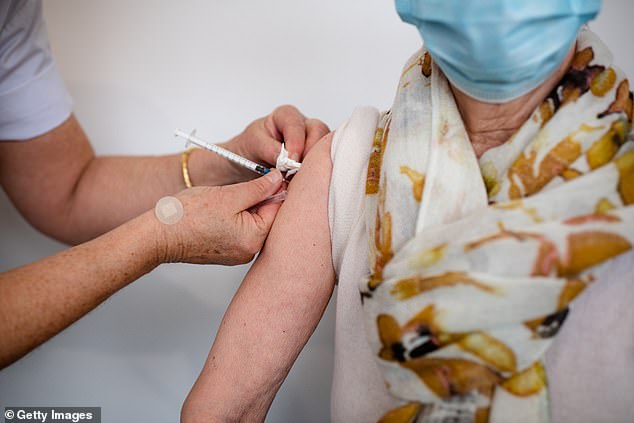 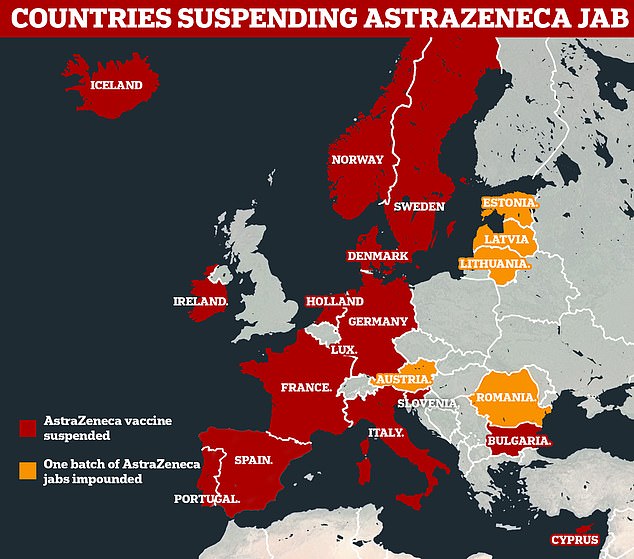 More than a dozen EU countries have suspended their use of the AstraZeneca vaccine, while others including Austria have black-listed a particular batch over blood clot fears which the EMA has already played down even ahead of its final verdict

The five people who developed clots were men aged 19 to 59 who experienced a clot together with low blood platelet count. One of the five has since died.

In Europe medics had claimed the risk was higher for young women but no women are recorded in the UK’s data, bolstering proof there is no direct link and the cases happen at random.

The Medicines and Healthcare products Regulatory Agency (MHRA) said it was looking at the reports but stressed the clotting events were still ‘extremely rare’.

It said people had less than a one in a million chance of developing one of the conditions.

The fact they found five cases in 11million people suggests that – if the cases were ever linked to the vaccine – the risk was more like one in 2.2m, with one in 11m ending up fatal. So if the whole adult population were vaccinated, five people could die.

The risk of dying of Covid-19 for someone in their 40s, by comparison, was around one in 1,000, the MHRA said – the risk is higher for older people and lower for younger.

So if all adults caught Covid with that as the average risk level, 55,000 people would die.

The MHRA concluded that any link between the jab and clots is unproven and the benefits of the AstraZeneca vaccine outweigh any risks.

Dr June Raine, MHRA chief executive, said: ‘There is no evidence that that blood clots in veins is occurring more than would be expected in the absence of vaccination, for either vaccine.

EU leaders are poised to perform another vaccine U-turn today when safety experts who have backed the AstraZeneca product deliver their final verdict on the jab, after more than a dozen countries suspended shots over sporadic reports of blood clots.

Countries including Germany, France and Italy will face pressure to immediately resume AstraZeneca jabs and revive the EU’s floundering jab roll-out if the European Medicines Agency gives the green light again on Thursday.

The EMA has already made clear that it believes the benefits of protecting millions against Covid-19 outweigh the risks of a handful of people developing blood clots which have no proven link to the AstraZeneca jab.

But Thursday’s decision will be a final ruling after a full investigation of the blood clot cases that have caused panic in EU capitals. The WHO and UK scientists have maintained that the vaccine is safe.

The blood clot fiasco has added to the EU’s vaccination chaos after supply problems, bureaucratic health systems and stashes of unused AstraZeneca shots left the bloc languishing behind Britain in the vaccine race.

AstraZeneca’s product was already struggling for popularity in Europe after top officials feuded with the firm in a post-Brexit row over supplies and then cast unfounded doubts on its efficacy in over-65s.

The EU is threatening to block shipments to Britain as it plays hardball over supplies, prompting anger in Whitehall with cabinet minister Robert Jenrick saying today he was ‘surprised and disappointed’ by Brussels’ stance.

But Europe is struggling to shift the jabs that it does have – with former Finnish PM Alexander Stubb claiming that 40 per cent of the vaccines bought by the EU are ‘laying around in various storage in European member states’.

Now, the blood clot suspension has led to 200,000 fewer shots this week in Italy despite infections surging to their highest levels since early December, while France is teetering on the brink of a new lockdown.

‘We have received a very small number of reports of an extremely rare form of blood clot in the cerebral veins (sinus vein thrombosis, or CSVT) occurring together with lowered platelets soon after vaccination.

‘This type of blood clot can occur naturally in people who have not been vaccinated, as well as in those suffering from COVID-19.

‘Given the extremely rare rate of occurrence of these CSVT events among the 11 million people vaccinated, and as a link to the vaccine is unproven, the benefits of the vaccine in preventing COVID-19, with its associated risk of hospitalisation and death, continue to outweigh the risks of potential side effects.

‘You should therefore continue to get your jab when it is your turn.’

She said the MHRA was continuing to investigate the issue.

The type of clot – cerebral venous sinus thrombosis (CVST) – prevents blood from draining out of the brain.

It is this type of clot that led Germany to halt its rollout of the AstraZeneca vaccine, prompting other countries across Europe to follow.

Officials in Germany received six reports of CVST associated with low platelets – all in younger to middle-age women.

‘Where we are now is that no proven causal association with what is still an extremely rare medical event has been proven for the AZ (AstraZeneca) vaccine, but we do know that these are highly effective vaccines,’ he said.

‘We still have a huge burden of Covid disease in the population. So right now the balance of benefits and known risks of the vaccine are favourable.’

The MHRA said its overall review of all types of blood clots ‘does not suggest that blood clots in veins (venous thromboembolism) are caused by Covid-19 Vaccine AstraZeneca.’

It said a detailed review into the five cases of the blood clot in the cerebral veins occurring together with lowered platelets was ongoing.

Dr Raine said while investigations were ongoing, as a precautionary measure, anyone with a headache that lasts for more than four days after vaccination, or bruising beyond the site of vaccination after a few days, should seek medical attention.

‘However, please remember that mild flu-like symptoms remain one of the most common side effects of any Covid-19 vaccine, including headache, chills and fever,’ Dr Raine said.

‘These generally appear within a few hours and resolve within a day or two, but not everyone gets them.’