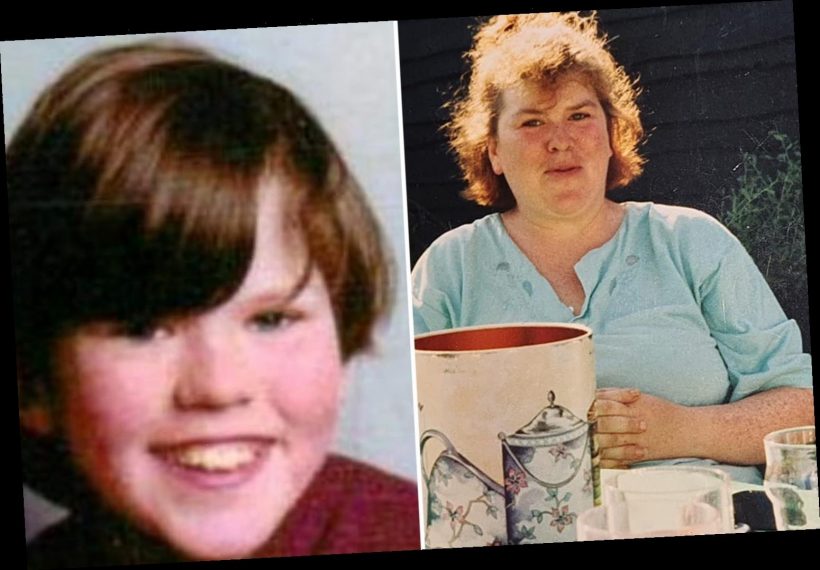 A WOMAN sexually abused from the age of eight by her mum and brother had to dig up her dead baby to finally get justice.

Maureen Wood suffered years of abuse at the hands of her family and fell pregnant when she was just 13.

She kept her horrific childhood abuse a secret for three decades before bravely going to the police.

But it was only after the body of the baby son she had given birth to almost 30 years earlier – who suffered a cot death – was exhumed.

DNA testing proved he had been fathered by Maureen's brother Donnelly as a result of rape.

Maureen, now 50, said: "The minute I went to the police, all my fear was lifted.

"It wasn't my shame and guilt to deal with any more. By going to court, I handed the fear and shame back to my family.

"My baby son, Christopher, was vital to the prosecution's case.

"The police had warned me that they would be unlikely to get a viable DNA sample from his body – but when he was exhumed, his body was intact and the sample was perfect.

"It feels as though he was looking down on me from heaven, helping me. He is a true angel – my guardian angel." 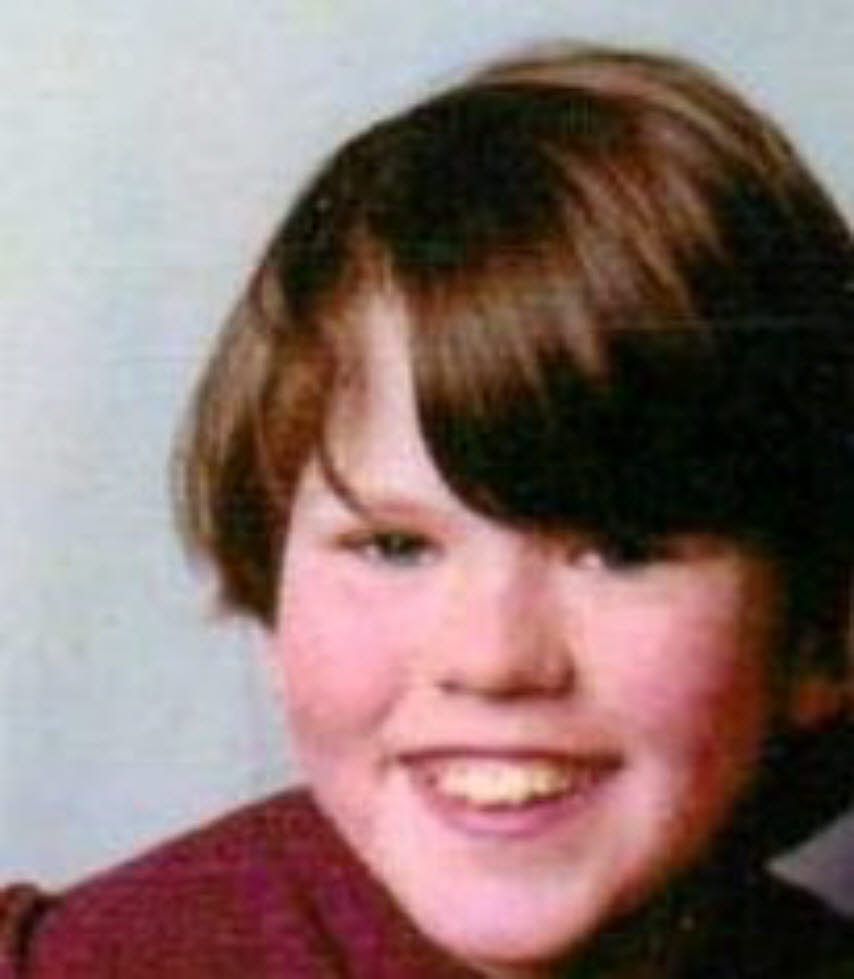 In 2015, Maureen launched legal action against the social services who were supposed to have protected her.

She was later awarded £200,000 in an out of court settlement from Staffordshire County Council.

She has now written a book, titled A Family Secret, out this week.

Maureen said being "let down twice" by social services and her family was "a kick in the teeth".

She took her children on a month-long holiday to Disneyland with the money she won, but she says "it doesn't change what happened to me".

Maureen added: "I brought the case, not for the money, but to ensure that they don't let this happen to another child." 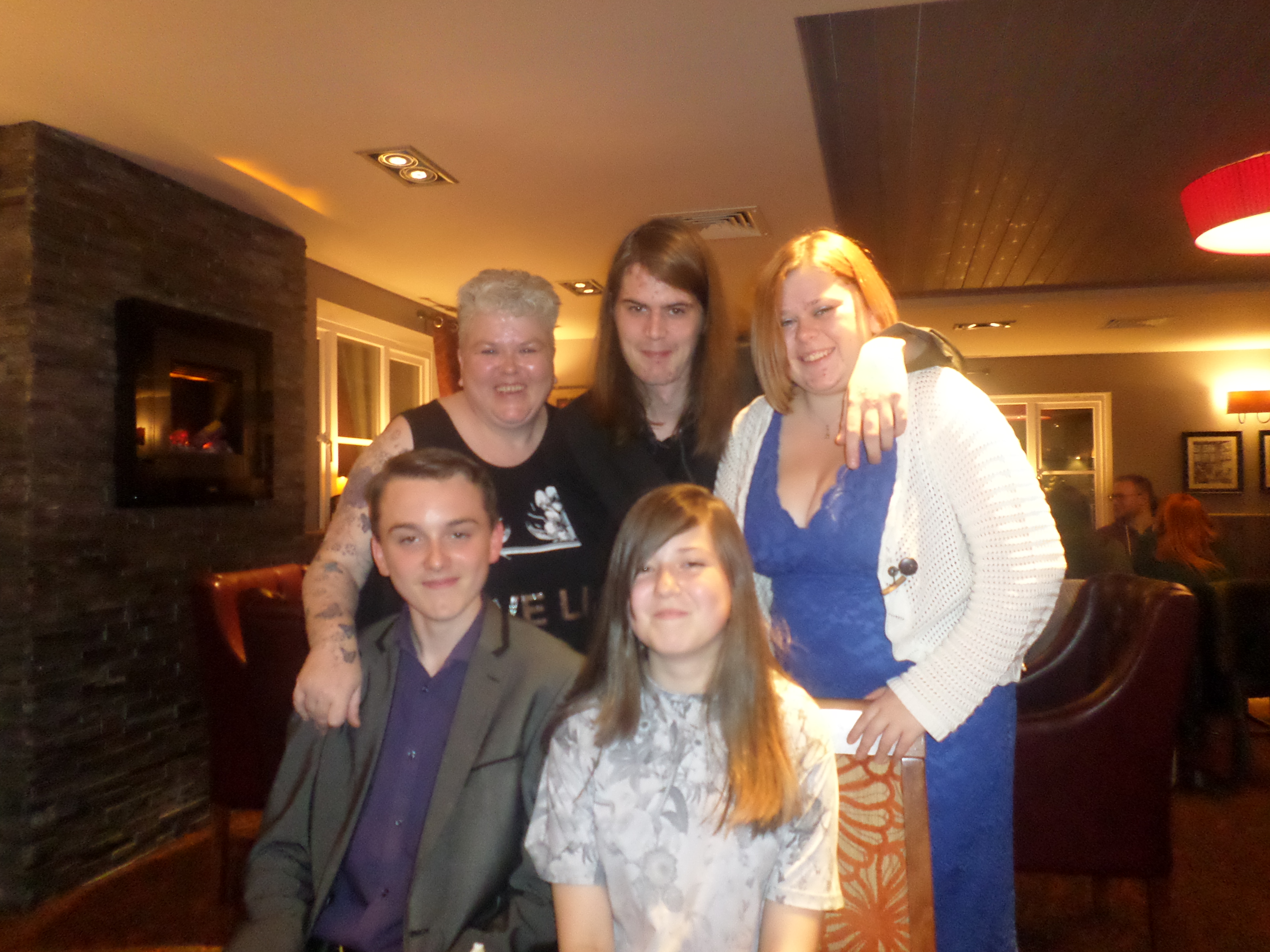 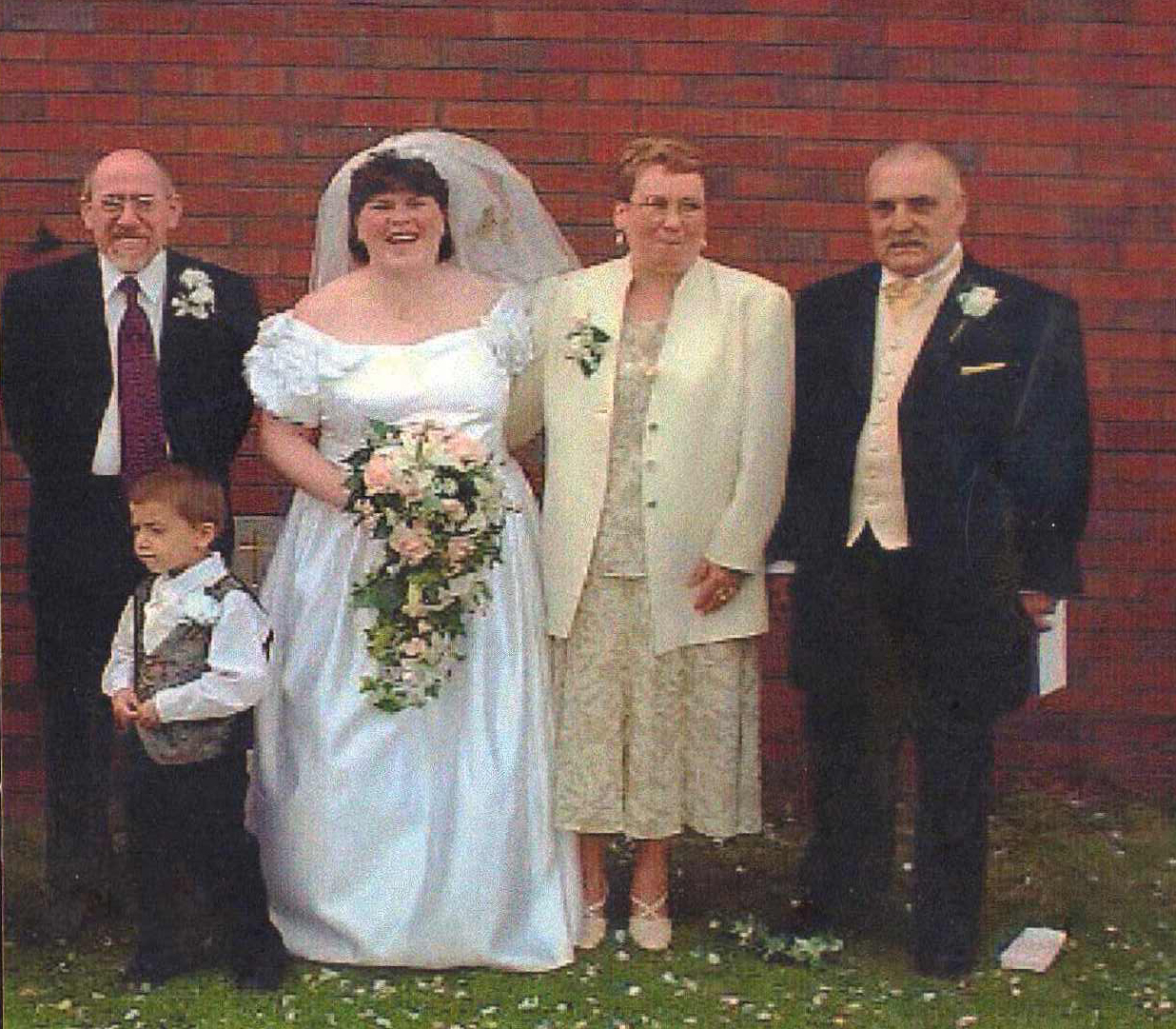 At Stoke-on-Trent Crown Court in October 2011, her stepfather John Wood, then 68, was convicted of seven counts of rape and sentenced to 16 years in prison.

In a re-trial, her mother, Maureen Wood (senior), then 65, was found guilty of four counts of aiding and abetting the rape of a girl under 16 and was jailed in October 2011 for nine years.

Maureen said: "The abuse by my mother was, and still is, the hardest thing to process.

"As a mother, you nurture and protect your child but she destroyed me."

Maureen had been placed in care at the age of three, after her parents separated.

As a mother, you nurture and protect your child but she destroyed me.

Four years later, her mother took her and her older brother back out of care and they were introduced to their new stepfather.

When Maureen was eight, the sexual abuse began.

She said: "I remember every detail of that day. We had been outside, having a water fight, and as I dried off in the bathroom.

"My brother, John, who we called Jock, came in and started touching me.

"I didn't understand what he was doing but I knew it felt wrong and it was horrible." 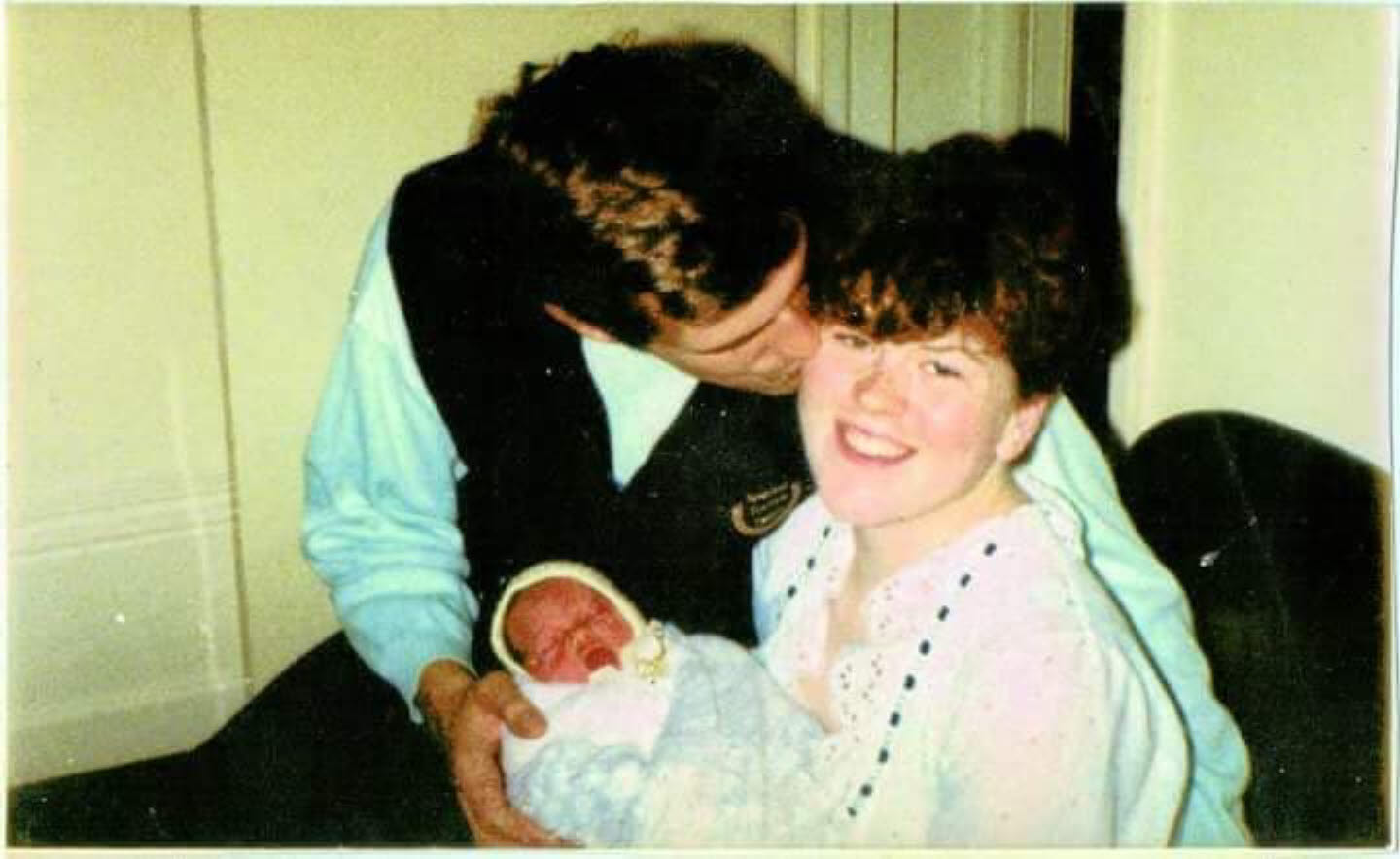 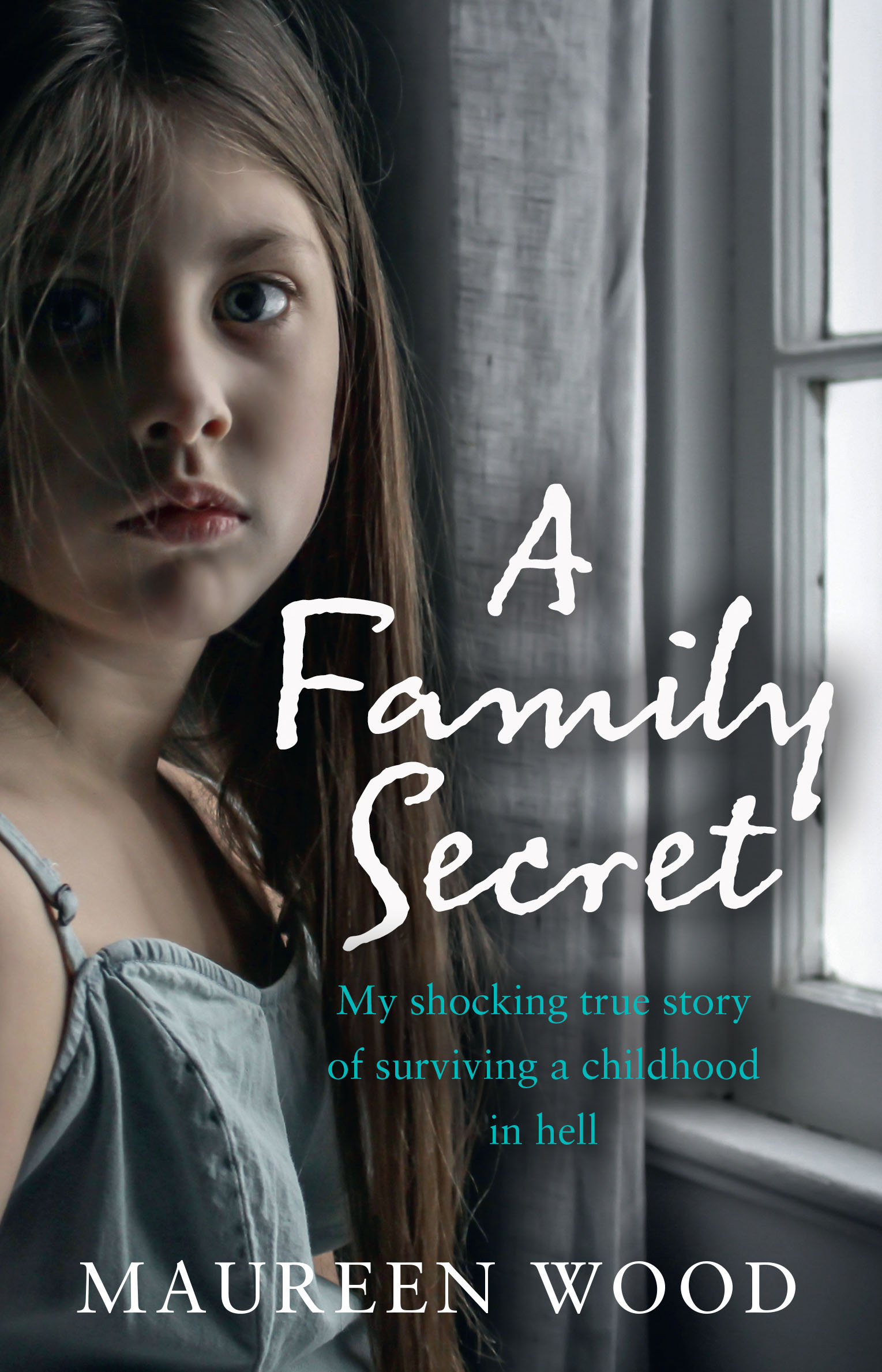 On her ninth birthday, Maureen was raped for the first time, and a year later, her stepfather walked in as she was being raped.

Instead, he said nothing, and weeks later he began abusing Maureen too.

Maureen said: "I hoped against hope that my mum might step in and help me, but she walked into my bedroom and called me a 'little whore'."

Soon after her tenth birthday, Maureen's mother became involved with the abuse.

She said they used to make her sleep between them in their bed while they took it in turns to abuse her.

She added: "It felt like the end of the world. With them all against me, I had nowhere to turn."

Despite her horrific family life, Maureen enjoyed school and did well academically.

She had friends but confided in nobody as her family threatened to send her back into care and said no one would believe her.

"It was difficult because, to the outside world, my parents were respectable people," she said.

"They worked at a local social club and they were well-known and well-liked." 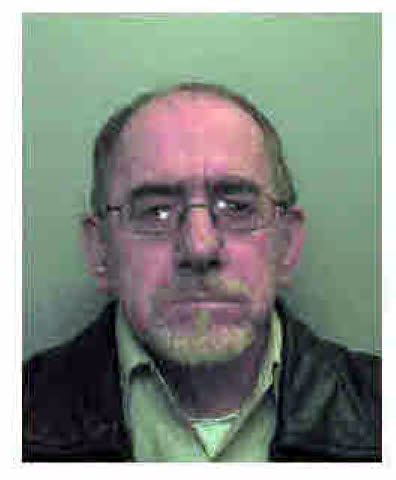 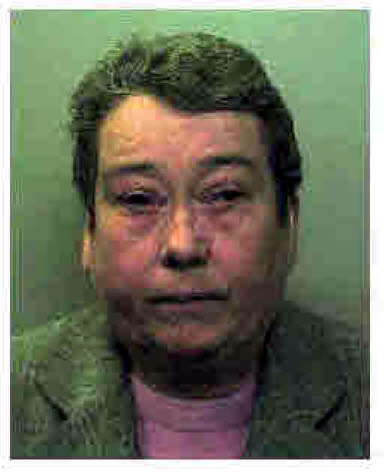 On one occasion Maureen tried to run away and stayed away for two days – but the police found her and took her home.

When Maureen realised she was pregnant aged 13, it was too late for termination.

She said her mum was "mortified" and feared what the neighbours might think.

Maureen added: "Of course she knew that either her own husband or her son was the father. But she just blanked that out."

The abuse stopped while Maureen was pregnant and she described it as "a little piece of heaven".

But her family had ordered her to tell people she was raped by a stranger, despite Maureen knowing for certain it was her brother's baby.

In October 1984, Maureen gave birth to a son, Christopher, on her brother's 19th birthday.

She said: "Christopher had blond hair, blue eyes. It didn't matter why he came about, or where he came from. He was mine.

"That maternal instinct kicked in immediately. I adored him with all of my heart and for the first time in my life, I felt what love was."

But just under a month later, he suffered a cot death and Maureen discovered his body.

She said: "When he died, I felt like my life had ended, my world had finished. He was the only person I truly loved.

"It was raining the day we buried him. I felt like the heavens were crying with me. I just wanted to die."

After Christopher's death, Maureen's mother and brother stopped abusing her but her stepfather began assaulting her again only a couple of weeks later.

The abuse continued until, at 16, Maureen left home after eight years of horrific abuse.

She said: "My teens were very difficult. I was grieving for Christopher and I felt very angry and confused.

"I drank too much and I went off the rails a bit."

HOW YOU CAN GET HELP:

Women’s Aid has this advice for victims and their families:

If you are a ­victim of domestic abuse, SupportLine is open Tuesday, Wednesday and Thursday from 6pm to 8pm on 01708 765200. The charity’s email support ­service is open weekdays and weekends during the crisis – [email protected]

She said: "My kids saved me. I turned my life around. There was no way I was going to let them down.

"I wanted them to enjoy their childhood. I told them I loved them every day.

"I always told them they had a big brother in heaven, but they didn't know about the abuse."

But despite finally finding happiness, Maureen was haunted by nightmares of her past and realised she had to seek justice so eventually contacted police.

Maureen said: "It was 29 years since the abuse began and so the CPS insisted that the only way they would take the case to court was if the Home Office would approve an exhumation of Christopher.

"His DNA would prove that my brother was his father, and that I had been telling the truth."

Are you experiencing domestic abuse?

Thankfully, in 2009, it did and Christopher's body was reburied a month later.

Maureen has no pictures of him but she has the small plaque from his original coffin.

She said: "I didn't want my baby to be exhumed. But it was the only way.

"The night before, I went to his grave and came away with a sense of peace. I felt I had his support."

Maureen's stepfather, brother and mother were all convicted of the abuse.

Her mother died in prison and Maureen found it in her heart to attend the funeral.

She said: "My mum and stepdad never apologised. But my brother pleaded guilty and told me he was sorry.

"I still grieve for the childhood I didn't have and for the mother I didn't have. I think of Christopher every day.

"But I have to look to the future and I have five remaining children who I adore and who have finally taught me the meaning of love.

"Writing a book is my way of making sure that my voice – and the voices of so many others who suffer – is heard."

If you are affected by any of the issues raised in this article, please call the Samaritans for free on 116123.