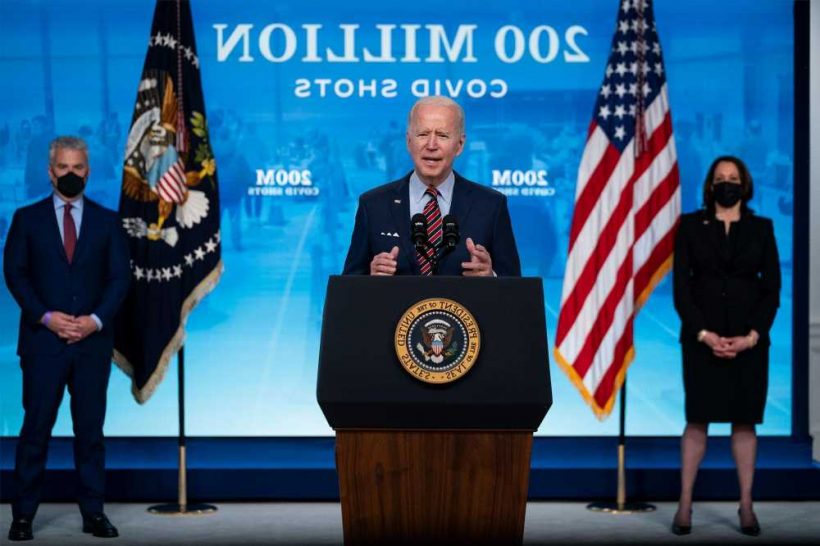 President Joe Biden has been absent from his administration’s weekly coronavirus calls with US governors since taking office — leaving some of the state leaders up in arms, a report said.

“It’s been a real frustration, I think it’s safe to say, for all 50 governors,” New Hampshire Gov. Chris Sununu told RealClearPolitics about Biden’s lack of attendance on the conference calls to coordinate a state and federal response to the pandemic.

Former Vice President Mike Pence, who led the former administration’s coronavirus task force, led all but one of the calls.

“President Biden hasn’t been on any of them,” Nebraska Gov. Pete Ricketts told the outlet.

“It really is not the type of bipartisan partnership that the president promised when he came into office in his inaugural address,” Ricketts said.

Vice President Kamala Harris has dialed into one of the meetings since taking office, staying on the line for shortly, according to Ricketts.

But Harris, unlike her predecessor, does not lead the Biden’s administration’s COVID-19 team.

And with the change of administration, a new strategy was adopted to place New York Gov. Andrew Cuomo in charge of the calls as chairman of the National Governors Association, the report said, citing White House Press Secretary Jen Psaki.

“There were operational aspects of the way the last administration approached COVID and approached the distribution of vaccines or approached planning and engagement with governors that wasn’t working,” Psaki has said about the reasons for switching things up.