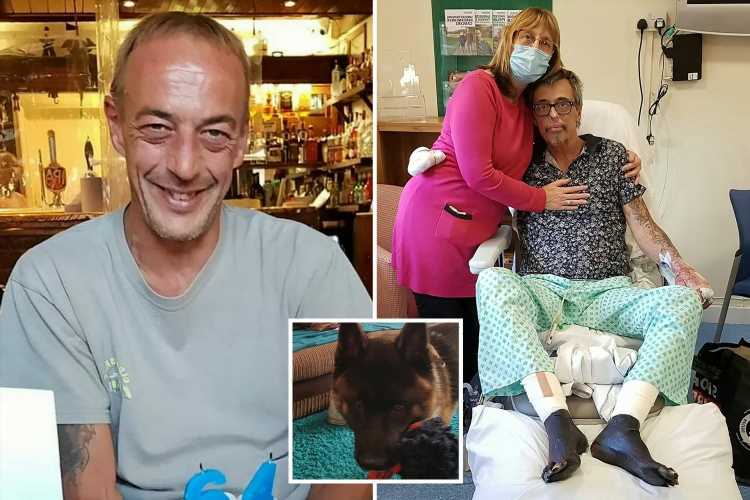 A GRANDAD lost both of his legs to sepsis after a dog bite – weeks after the same animal attacked and killed his brother-in-law.

Barry Harris, 46, died of a cardiac arrest after he was bitten by Japanese Akita Ted. 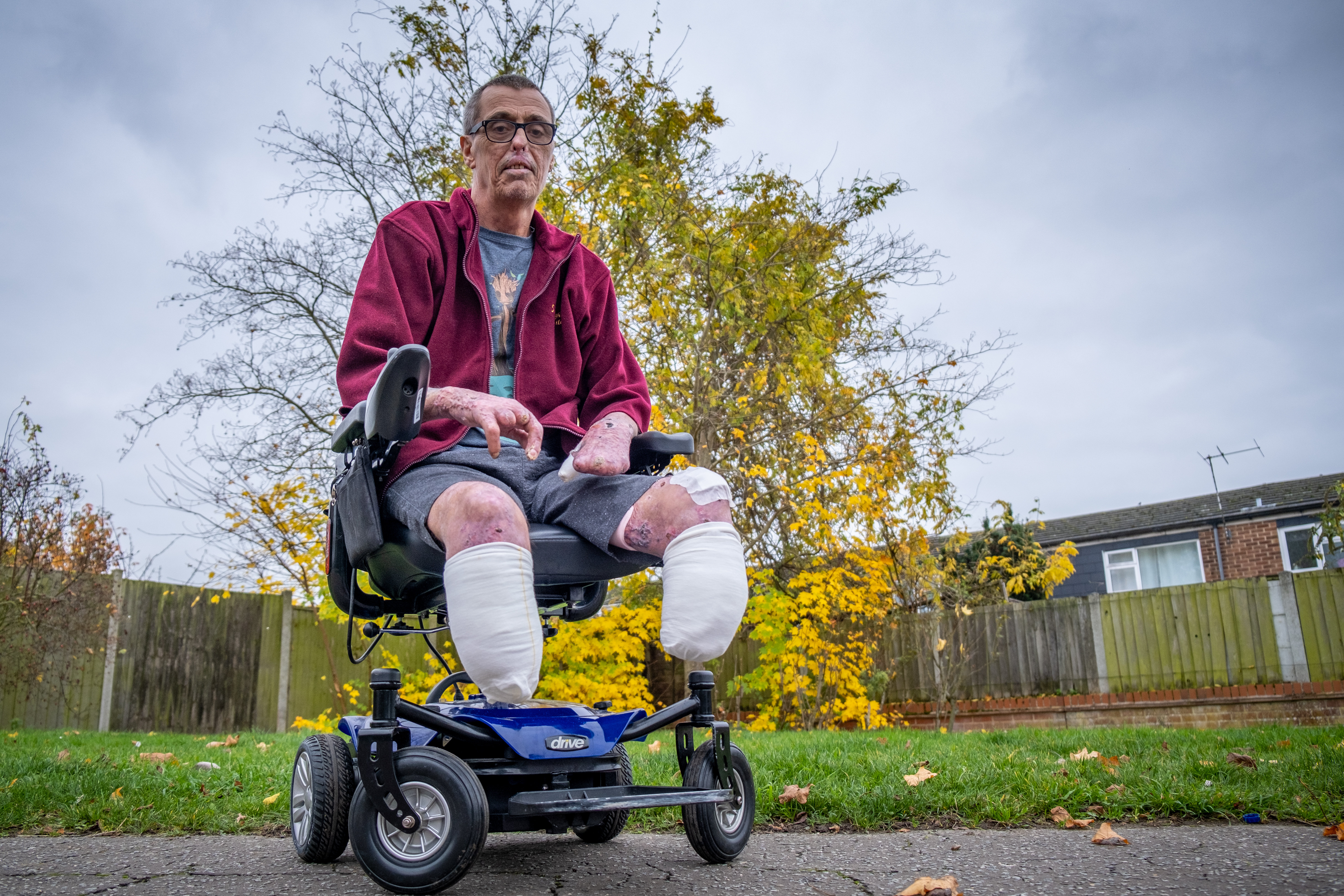 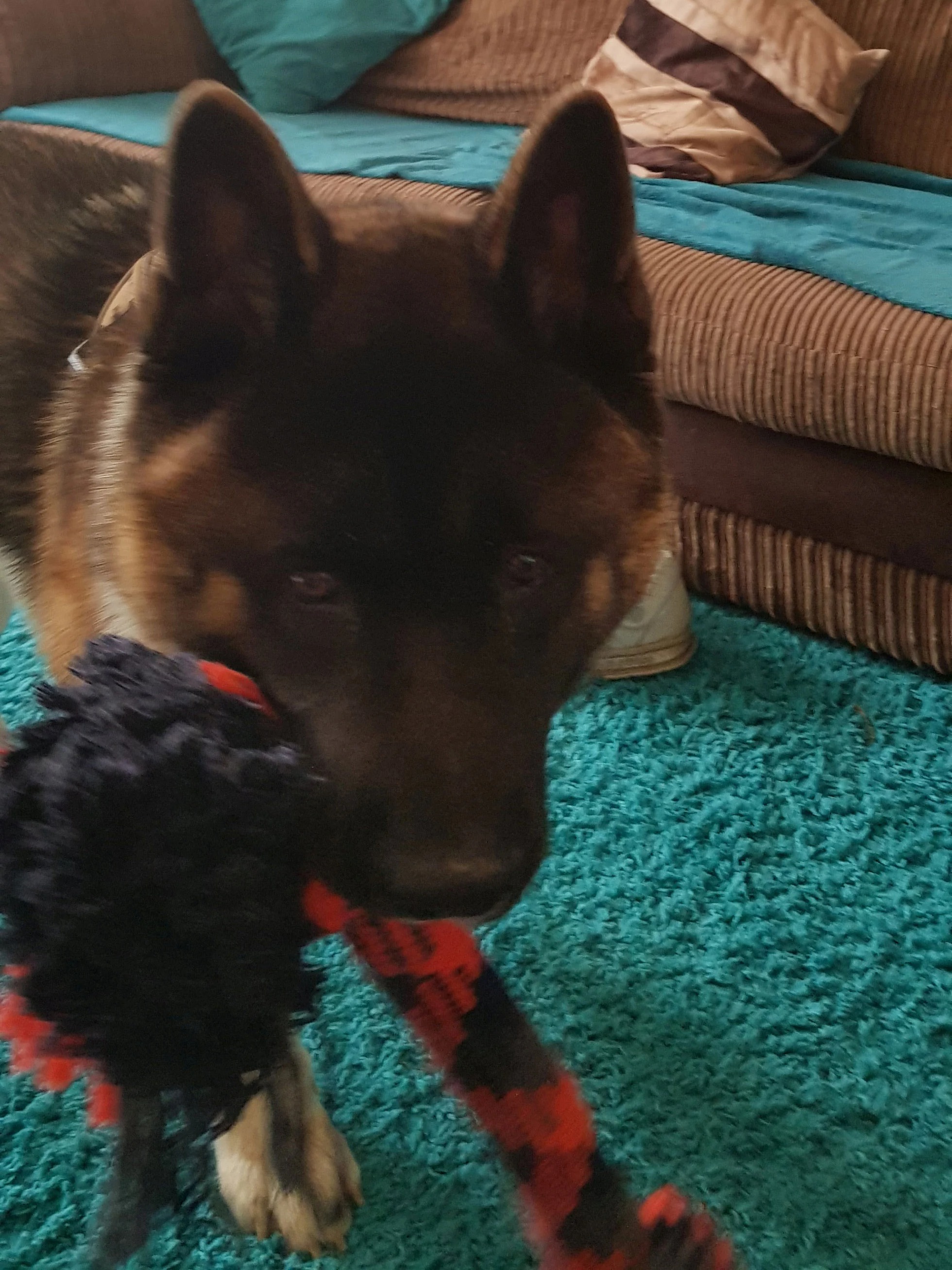 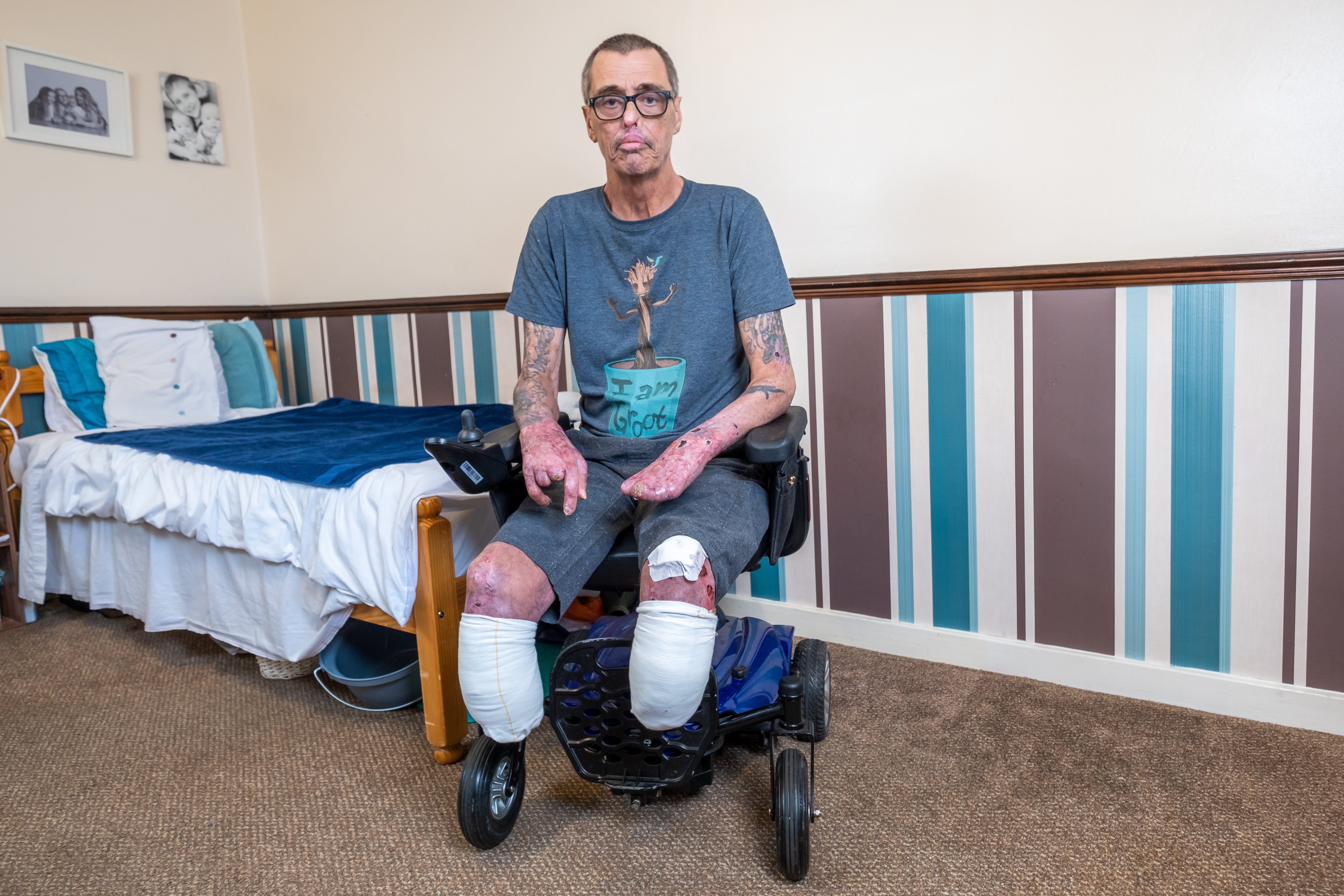 The dog had been described as a "giant teddy bear" before Mr Harris paid £1,500 for it.

However, in July the hound bit Mr Harris' arm, leaving him with a badly-infected wound that caused his heart to fail three days later.

His sister and brother-in-law Pauline and Mark Day took the dog in and began caring for it after his death.

But just weeks later, on the morning of Mr Harris' funeral, Mr Day, 62, was then bitten.

He quickly fell ill with sepsis too, and has since had both of his legs, as well as all the fingers on his left hand and two from his right, surgically amputated.

Mr Day and his wife, who live in Colchester, Essex, have spoken of their devastation – and say they had no idea Ted's mouth was teeming with deadly bacteria.

The dog has been put down after doctors said it was "100 per cent" responsible for Mr Day's injuries.

"It's like something out of a nightmare. You just don't believe this has happened," Mrs Day said.

"The shock of my brother was one thing, and then my husband. It's just surreal."

Mr Day was rushed to hospital after his temperature soared and his legs felt like "blocks of ice".

His organs began failing – and doctors were forced to put him into a 10-day coma to save his life.

He said he awoke to discover a horrifying sight.

He told the Mirror: “My feet were black almost a third of the way up.

"I didn’t know whether it was going to keep coming up my body.”

Mrs Day said the family didn't realise Ted had caused Mr Harris' death until after her husband nearly lost his life too.

"They weren't even attacked," she said.

"Ted literally just broke the skin on my husband and my brother.

"It was the softest dog but it had food issues. Whenever it was near food it was so aggressive.

It's like something out of a nightmare. You just don't believe it's happened

"We think it was mistreated as a puppy."

Mr Harris bought the dog through Facebook from a seller in London just seven weeks before his death.

He was bitten while trying to prise a bone from between the animal's teeth.

He suffered cold sweats and headaches before dying at home.

Mr Day was finally discharged from hospital after spending 82 days on a ward. He is hoping to be fitted with prosthetic legs within the next six months.

And despite his horrific injuries, he bravely said: "I'm fairly pragmatic.

“There are things I want to do still. I want to take my granddaughter for a walk and go fishing.”

And he said he even wants to get a puppy – but will ensure it is treated by a vet first. 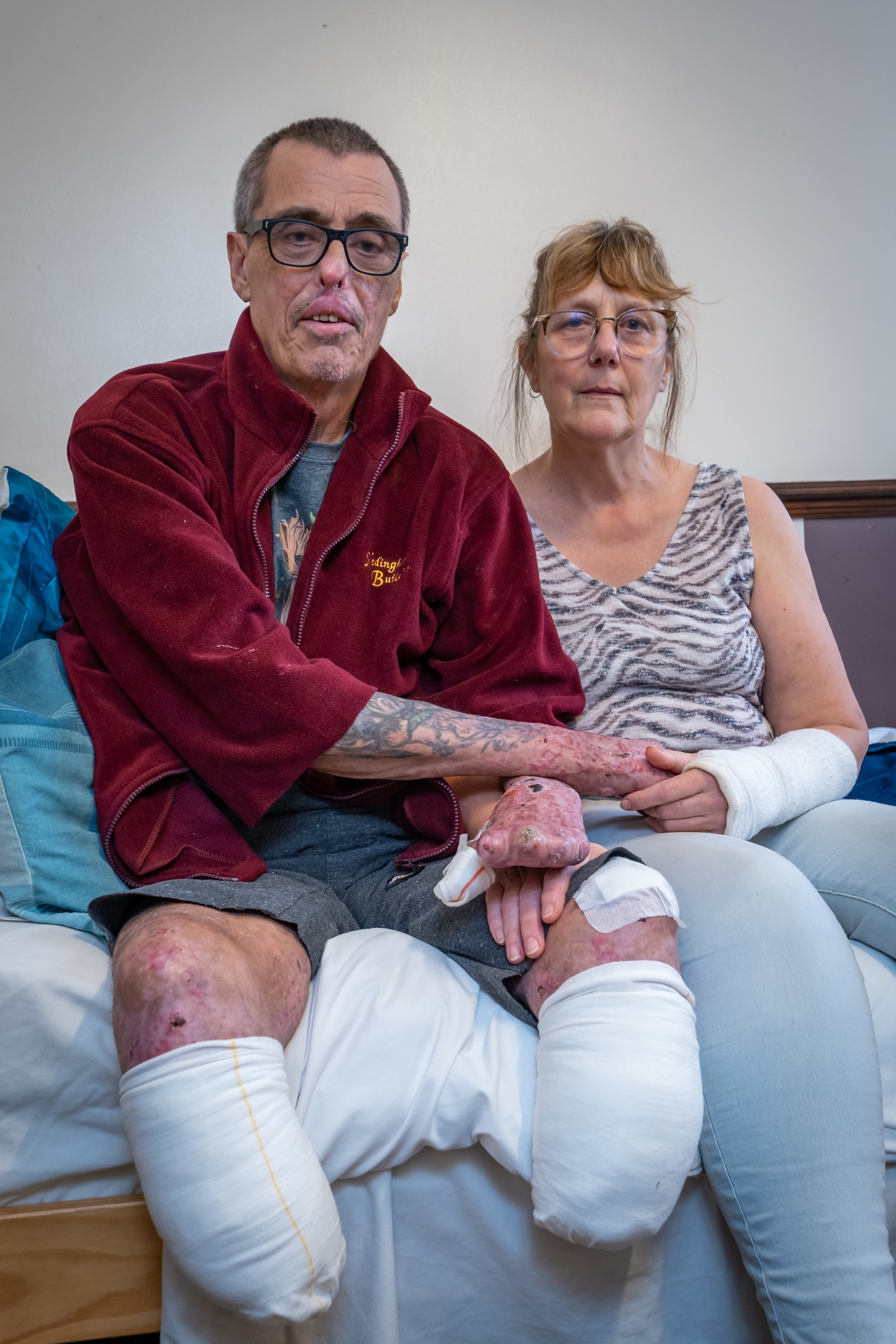 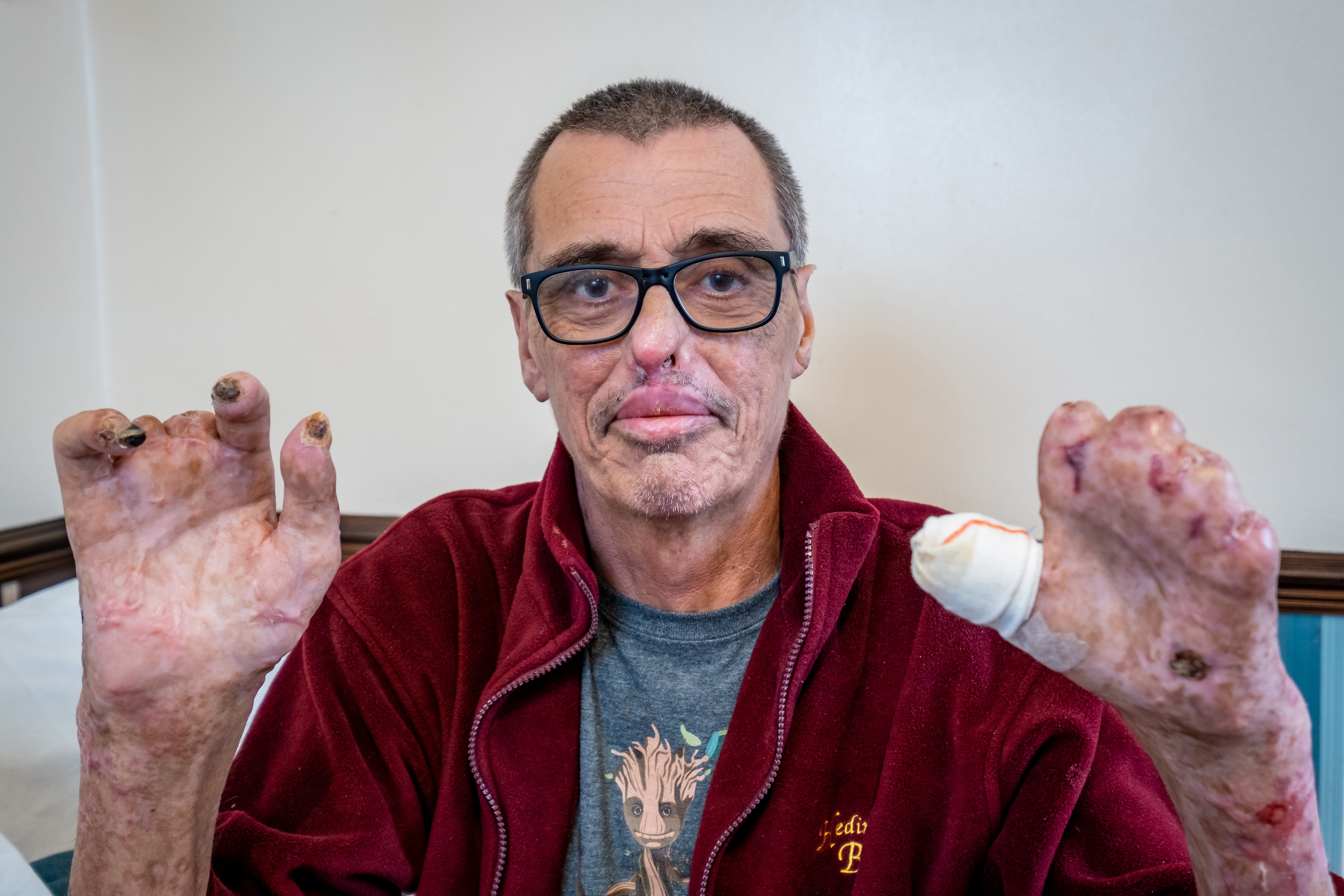 Sepsis is life-threatening and is the primary cause of death from infection around the world.

Sepsis is the body's extreme reaction to infection that can lead to tissue damage, organ failure, and death.

It's the primary cause of death from infection around the world – that's more than bowel, breast and prostate cancer combined.

The condition is not contagious and cannot be passes from person to person.

The culprit is most often a result of common infections, such as pneumonia, urinary infections (UTIs), skin infections, including cellulitis, and infections in the stomach, for example, appendicitis.

When a person suffers a minor cut, the surrounding tissue will become red, swollen, and warm to touch – which is the body's immune response to kill off the bacteria that cause infection.

When sepsis happens, this system goes into overdrive.

If you suspect you, or a loved one, are suffering sepsis it must be treated as a medical emergency and you should call 999 immediately