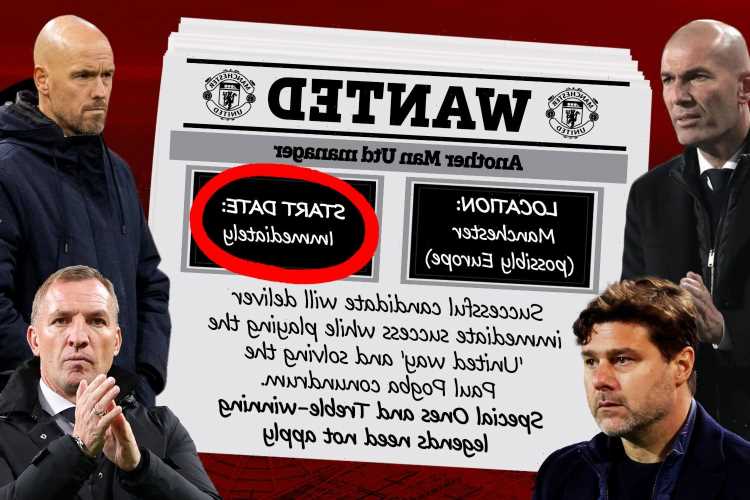 OLE GUNNAR SOLSKJAER has been sacked by Manchester United after yesterday's awful 4-1 defeat to Watford.

Zinedine Zidane, Brendan Rodgers, Mauricio Pochettino and Erik ten Hag are the main contenders to replace him and SunSport have explored how they stack up against each other. 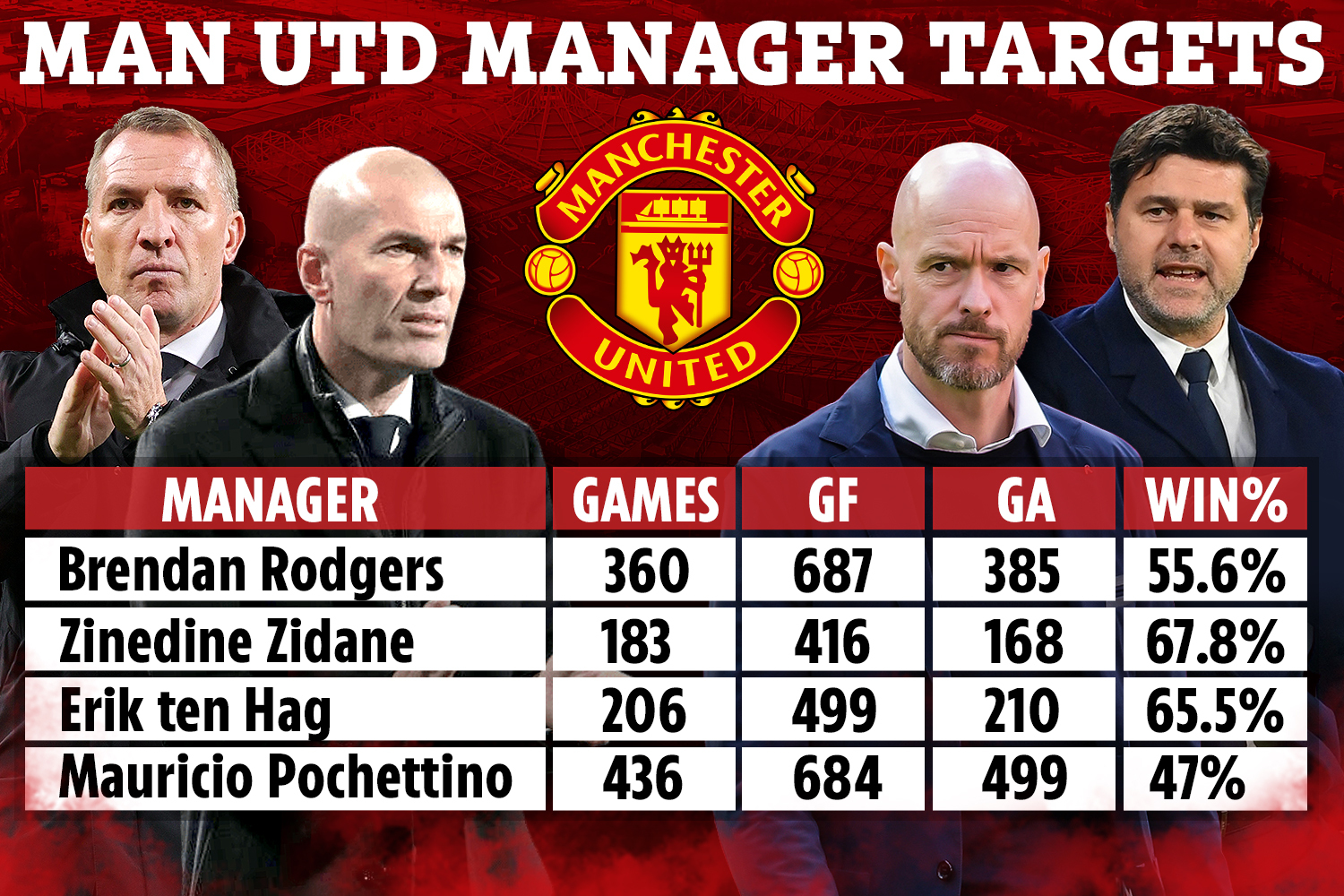 Solskjaer jetted off for a short holiday to his native Norway last week as the Premier League broke for the international window.

But if he hoped his fortunes would change for the better following his return, he was sadly mistaken after receiving the axe.

Leicester boss Rodgers has reportedly been house-hunting in Cheshire as United consider a homegrown option.

Despite having the third worst win percentage from his 360 games in management (55.6 per cent), the Northern Irishman's teams have scored by far the most goals – 687.

Zidane could also be given the chance to add Premier League success to his glittering CV – which would come as welcome news to Cristiano Ronaldo.

The Frenchman has managed the fewest games of the four contenders (183) but has by far the best win rate percentage (67.8) thanks to his phenomenal spells at Real Madrid.

French sources have also suggested Paris Saint-Germain’s Pochettino could be preparing to swap the City of Love for England’s North West.

He is the most experienced of his competitors with 436 matches on his CV.

But the Argentine has the lowest win rate at 47 per cent.

Ten Hag seems the least likely to come in at this stage with recent reports suggesting he is reluctant to leave Ajax.

But were he to arrive at Old Trafford, he'd bring an impressive win rate of 65.5 per cent with him.

Solskjaer has finally been sacked after a dreadful string of results.

He arrived at Carrington this morning to be relieved of his duties.

The Red Devils confirmed that Michael Carrick has taken temporary charge, as they look for an interim manager until the end of the season.

The loss to City followed heavy defeats by Liverpool and Leicester and Champions League salvage jobs against Atalanta.

United chiefs are thought to be split over whether the club legend is the right man to take them forward.

Solskjaer’s men next face strugglers Watford in a trip to Vicarage Road, when bosses will expect to see an improvement following the Norwegian’s time off.