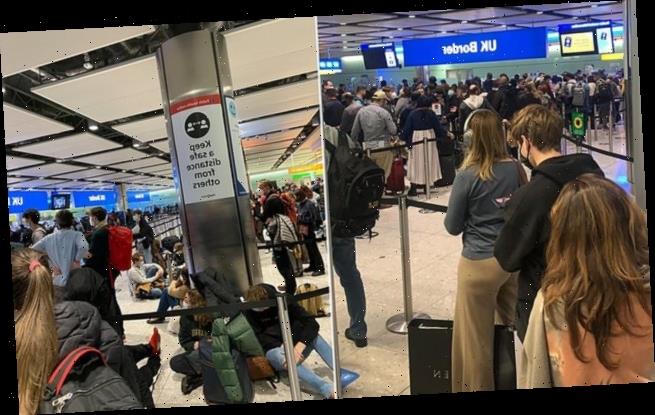 Passport control staff at Heathrow airport are to strike over Easter in a dispute over ‘unworkable’ new rosters.

Members of the Public and Commercial Services union (PCS) – the largest representative body for Border Force staff – will take a week of action from April 1.

The union said the action involving up to 450 of its members, is in protest at the imposition of new rosters, which it added have resulted in travellers waiting in queues of more than seven hours to have their passports checked. 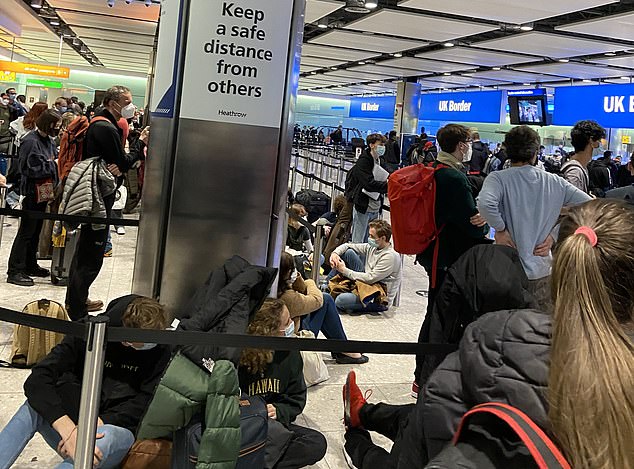 The Public and Commercial Services Union said the ban on shift swapping angered staff who fear for their job security. Pictured: long queues at passport control in Heathrow last month

PCS members voted overwhelming for strikes in January this year.

The action will take place at the same time as members of Unite plan to walk out in a separate dispute over pay and conditions.

Unite, the UK’s principal aviation union, announced yesterday that there will be 41 strikes over a 25-day period this spring.

The latest news of industrial action is a result of what the PCS branded ‘unworkable’ changes brought in late last year.

While staff have previously been able to swap shifts with each other and request certain working days, changes now mean a fixed rota has been introduced.

The PCS union has claimed the new measures mean staff are unable to change shifts, a measure the Home Office says is to prevent unnecessary mixing between staff and maintain Covid-secure bubbles.

The queuing is expected to get worse when strike action goes ahead.

PCS general secretary Mark Serwotka said: ‘If a system causes people to stand in a queue for seven hours at passport control, the system is flawed.

‘We would urge Border Force to do the right thing by passengers and our members, and agree with our reasonable proposals.’

Paul Lincoln, director general at Border Force, said: ‘These temporary changes involve Border Force officers working in bubbles to protect themselves and the public from coronavirus, for which we make no apology. 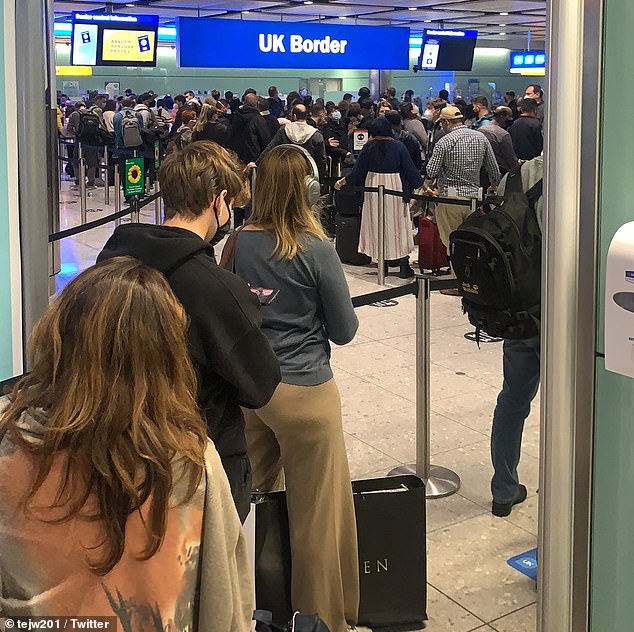 ‘This approach is advocated by several health bodies and the PCS national executive itself.

‘We are disappointed that trade unions have not continued to engage with us.

‘It is wrong to say the rosters are unworkable and cause delays.

‘Any large delays have been due to passengers who should not have been allowed to fly in the first place and the Civil Aviation Authority are taking robust action with the carriers who allowed them to do so.

‘Border Force has robust contingency plans in place to ensure any industrial action does not impact on border security.’

Heathrow’s passenger numbers have fallen to the lowest level since the 1960s with just 461,000 people travelling through the west London airport in February – the lowest monthly total since 1966 and a 92 per cent drop compared with February 2020.

The airport blamed the decrease on the ban on non-essential travel, quarantine rules and the requirement for pre-departure and post-arrival coronavirus testing.

It said it is working with Boris Johnson’s taskforce to reopen international leisure travel from May 17 but warned that the ‘biggest single concern is the ability of Border Force to be able to cope with additional passenger numbers’.

Earlier this month airport boss Emma Gilthorpe called for more resources so that all the border desks could be manned to reduce the waiting time customers are facing.

She told the Commons Home Affairs Committee today that Border Force was already under a ‘huge amount of pressure’ at the airport and there were ‘unacceptable levels of queueing’.

The aim is for EU passengers to wait no longer than 25 minutes, or 45 minutes for non-EU travellers, at the border.