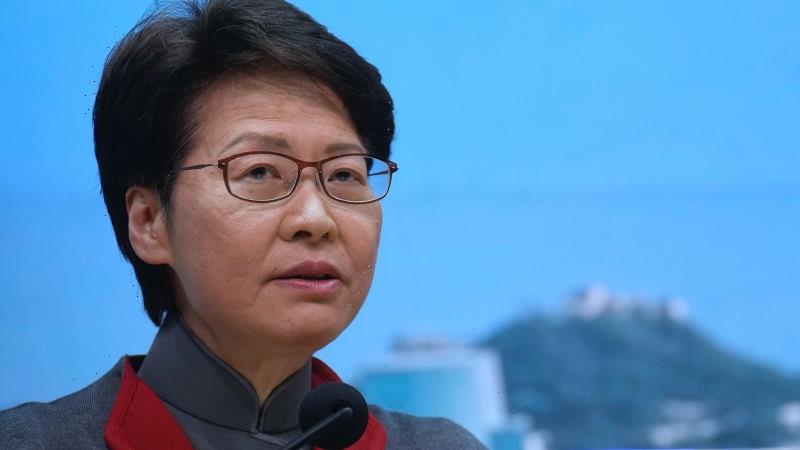 Hong Kong: Flights from eight countries, including Australia, the US and Britain, have been banned from entering Hong Kong for two weeks from this Friday. 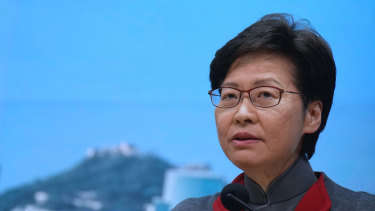 The restrictions were announced as health authorities scoured the city for the contacts of a COVID-19 patient, some of whom had been aboard a Royal Caribbean ship that was ordered to cut short its “cruise to nowhere” and return to port.

Lam said the government would ban indoor dining after 6pm from Friday, and close swimming pools, sports centres, bars and clubs, museums, and other venues for at least two weeks. Future cruise journeys would be cancelled.

“We’re yet to see a fifth wave yet, but we’re on the verge,” Lam said.

Hong Kong recorded 38 new coronavirus cases on Wednesday, but only one was a local community transmission, while the rest were people who had returned to the city and tested positive during quarantine.

The global finance hub has stuck to a zero-tolerance strategy by largely isolating itself from the world and enforcing a draconian and costly quarantine regime.

A streak of three months without community cases ended on December 31 with the first local transmission of the Omicron variant.

Since then, authorities have scrambled to track down and test hundreds of people who had been in contact with a handful of Omicron patients. One patient, however, had no known links, raising fears of a large outbreak.

“We are worried there may be silent transmission chains in the community,” Lam said.

Lam said the government would not suspend classes for the time being “for the benefit of children”.

The latest contact tracing campaign was sparked by a patient who danced with some 20 friends in a central park on New Year’s Eve. Two of the fellow dancers, one of whom was a domestic helper, came up positive in preliminary tests.

The helper’s employer and eight other of her close contacts then went on a cruise on January 2.

As part of its coronavirus restrictions, Hong Kong has restricted cruises to short trips in nearby waters, with ships asked to operate at reduced capacity and to allow on board only vaccinated passengers who test negative for the virus.

The “Spectrum of the Seas” ship, which returned a day early, had about 2500 passengers and 1200 staff on board. The nine close contact passengers tested negative for the virus so far, authorities said. 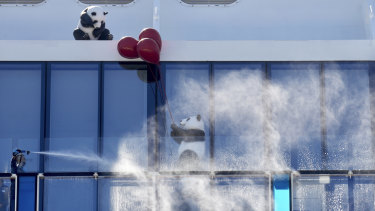 A worker cleans the glass wall of the Spectrum of the Seas cruise ship.Credit:AP

Additionally, people who have been to dozens of places across Hong Kong around the same time as the close contacts of recent patients have been issued compulsory testing notices, the government said in a separate statement.