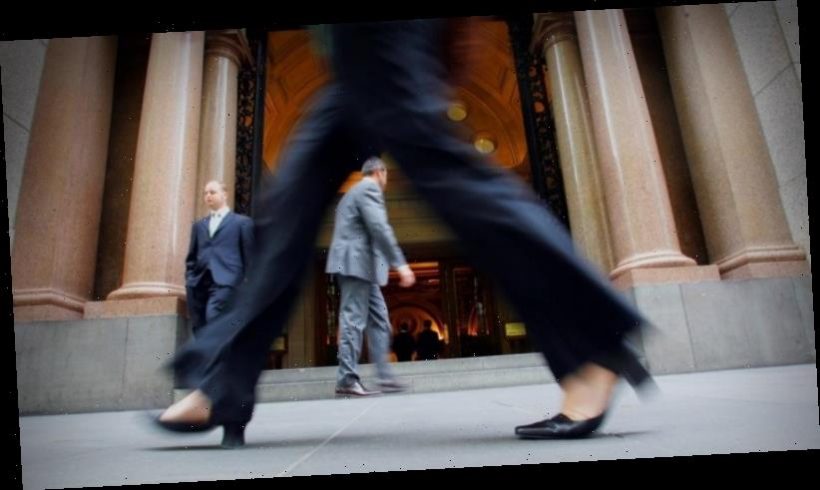 There used to be an extra letter in the abbreviation we now use for International Women’s Day. It wasn’t violently pulled down and removed in a swift act of revisionism. Rather, it was remembered less and less each year until a whole new day took its place, sanitised and acceptable to those who had previously felt threatened by it. It was a W – an extra W: a letter with a proud history of militant acronyms from the Wobblies to the waterfronts. 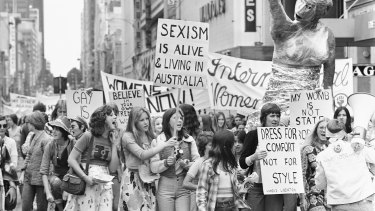 It was a W taken from the women of the world. Forgotten, like Martin Luther King’s socialism in corporate messages during Black History Month. Deformed, like the corporate feminism that is now celebrated every March 8.

It was a working W. 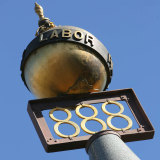 The monument on the corner of Lygon and Victoria streets commemorating the Eight Hour Day. Credit:Wayne Taylor

First and foremost among these forgotten truths is that women had much more than a supporting role in the history of militant struggle. In almost every country where unionism took root, women were its first cultivators. It was not a unionism borne from glory or from theory. It was a survivor’s unionism: a rough and ready, ramshackle solidarity in which sisters, mothers and daughters stuck together because no other choice was available to them. Marginalised for so long by even the men who might have (and should have) stood alongside them, there was little left to lose.

In Melbourne, in 1882, women working as tailoresses in the garment industry were working in squalid, sweatshop conditions. Wages were cut repeatedly. Rather than an hourly rate, they were paid piece rates based on what kind of garments they worked on.

Much has been written about the eight-hour day and its roots here in Melbourne – the origin of the Labour Day public holiday we celebrate this weekend. Stonemasons all over the city downed tools one day in 1856 and from then on there was eight hours work, eight hours recreations and eight hours rest for all. In reality, the eight-hour day was not enjoyed by all. The powerful craftsman’s guilds and trade unions had the kind of strength to enforce the new standard. Precariously employed women did not. Since they were paid per piece instead of per hour, many took work home with them in the evenings to make enough to survive. The resulting workday often exceeded 14 hours. And every time the rates were cut, the hours had to get longer to make ends meet. 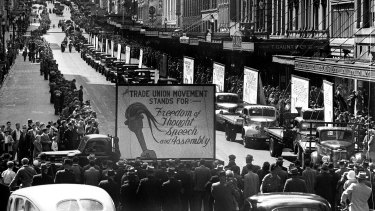 Finally, the women took strike action. However, as many readers will know, going on strike is hard work in itself. The first group of women to walk out of their factory were those at Beath, Schiess and Co. but the garment industry in Melbourne was in such a poor state that addressing problems at one workplace would do little to improve the lives of workers.

The women stood outside the gates of factories, they did the rounds in their neighbourhoods and social circles, they called meetings at Trades Hall for all women to attend. What resulted was a steady increase to a peak of 700 women on strike across 13 of Melbourne’s large textile firms. One by one the companies caved to demands, agreeing in principle to new rates of pay, and the number of women on strike fell again as they went back to work.

Of course, victory was not achieved in the long run. Despite initial agreements by employers, the proposed pay increases were not properly secured. In May 1883, almost six months after the first women walked out of the Beath factory, a union committee voted to accept a log of claims that had been offered by the employers, lower than what they had initially been asking for.

The true victory, however, was in establishing the Melbourne Tailoresses and their union as a serious force in the Victorian economy. News of their methods spread to Ballarat, Sydney and New Zealand where sister unions were established. A core of lifelong activists was galvanised and in 1884 the struggle of working women was to be set in stone by the commissioning of a Female Operatives Hall to sit beside the Trades Hall on Lygon Street. 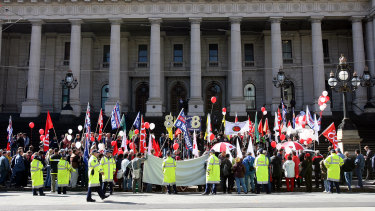 The 150th anniversary of the Eight Hour Day is celebrated on the steps of Parliament House in Melbourne in 2006.Credit:Pat Scala

This year, on International Women’s Day, we should remember the working women who did not fight for equality or ideals, but literally fought for survival and the survival of their families. Many of them did not make it: their bodies were bent and broken by work, their lives were given to the profits of others.

There are a great, great many whose stories and names we do not know. We should remember the ones who stood up and fought back, but also the ones who could not. And we should think about the women who, still to this day, do not feel empowered by International Women’s Day because 364 other days of the year are dedicated to, and dependent upon, their oppression and their silence.