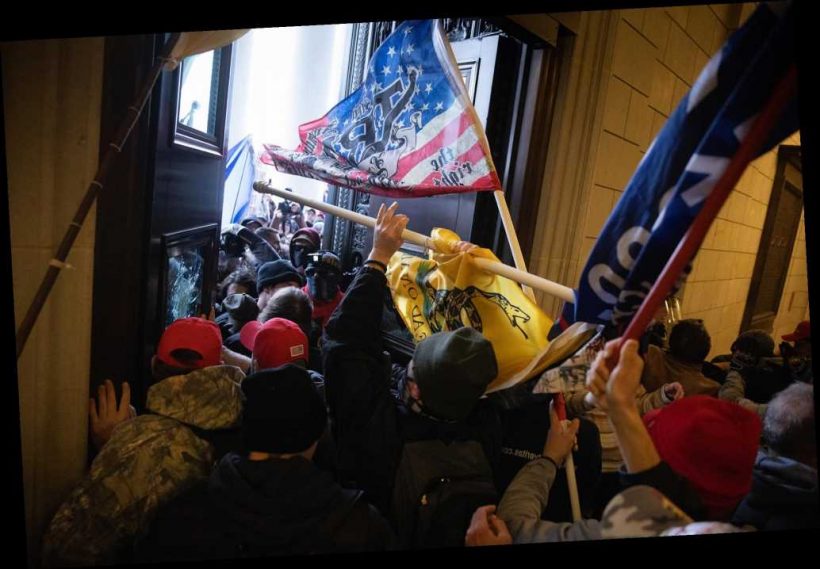 Inside the siege: How a mob of rioters stormed the Capitol and took it over

Pompeo calls for Capitol rioters to be prosecuted

Dramatic video captured a lone Capitol police officer facing off against the advancing mob – using a baton to try and fend off the Trump supporters in the building’s hallowed halls.

The brave cop is seen reaching for his holstered handgun before picking up a baton from the floor and swinging it at the rioters as he backs up from the surging crowd.

He eventually retreats and runs up a few flights of stairs before other cops come to his aid.

The siege of the Capitol was one of the most serious security lapses in recent US history, according to current and former law enforcement officials.

For reasons that remain unclear, other law enforcement agencies did not arrive en masse for hours as the rioters laid siege to the seat of Congress.

“I truly had to suspend my disbelief because I didn’t think you could breach the Capitol,” Terrance Gainer, who served as Capitol Police chief and later as the US Senate’s Sergeant at Arms, its chief law enforcement officer, told the news agency.

“I have great confidence in the men and women who protect Congress, but there will need to be a full accounting. We’re going to have to have a deep dive into what went wrong,” he added.

A senior federal law enforcement official said he was shocked that the Capitol Police were not better prepared.

“It looked like the Keystone Cops out there,” the official, who spoke on condition of anonymity, told Reuters. “It should have never happened. We all knew in advance that these people were coming, and the first order of policing is presence.”

He added: “The Capitol Police force is essentially a guard force, so it’s hard to understand why they weren’t better prepared.”