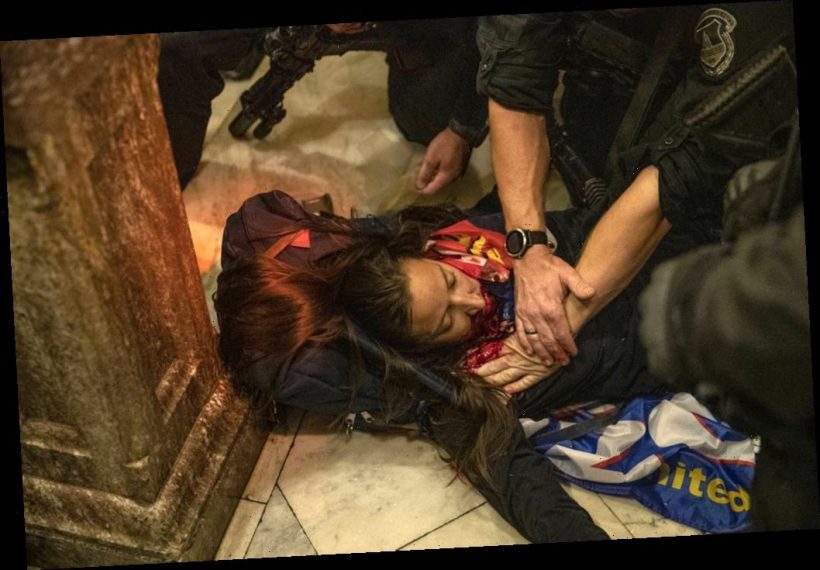 The US Capitol Police lieutenant who fatally shot pro-Trump rioter Ashli Babbitt “didn’t have a choice,” a GOP lawmaker said after witnessing the killing.

Babbitt was fired upon Wednesday night as she tried to climb through the smashed window of a barricaded double door inside the Capitol.

She was part of a mob attempting to breach the House chambers, Congressman Markwayn Mullin, (R-OK), who witnessed the shooting, told Good Morning American Thursday morning.

“When they broke the glass in the back, the [Capitol Police] lieutenant that was there — him and I already had multiple conversations prior to this — and he didn’t have a choice at the time.

“The mob was going to come through the doort, and there was a lot of [House] members and staff that were in danger at the time,” he added.

“And when he [drew] his weapon, that’s a decision that’s very hard for anyone to make and, once you draw your weapon like that, you have to defend yourself with deadly force.”

Babbitt was apparently unarmed when she was fired on; videos of the shooting from different angles appear to show that she had nothing in her hands when she was hoisted up onto the window by fellow rioters seconds before being shot.

Still, Mullin added that law enforcement “did the best they could” and “showed a lot of restraint” during the chaos.

Videos from Babbitt’s Twitter have surfaced in which shouts angrily about politicians who “refuse to choose America.”

In 2018, Babbitt posted a rambling video on Twitter slamming California politicians as the crisis at the U.S.’s southern border played out.

She has also tweeted frequently in support of the extremist group QAnon.