A man who preyed on an intoxicated and vulnerable woman and raped her with a mate, 12 minutes after they helped her into their ute from a cold, wet Melbourne street, has been jailed for a decade.

Harley Palise and Jarrod Thomas were in a ute following other friends home from a night out, about 4.30am on June 17, 2018, when they saw a woman lying on a footpath in Lygon Street, Carlton. Such was the woman’s state after her night out with friends, one of the men feared she was dead. 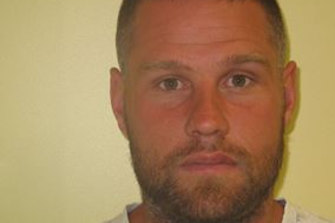 Harley Palise must serve six years and three months before he is eligible for parole.

When the men stopped and checked the woman, it was decided Thomas would drive her home as she lived in the same direction as he and Palise.

But shortly into the trip, Thomas pulled into a Coburg street and he and Palise raped her. They then drove her to her home, where she staggered inside. Her fiance later found her underwear in the front yard.

Palise, 30, was on Thursday jailed for 10 years, to serve six years and three months before he is eligible for parole, after he was found guilty of two counts of rape at his trial in August. A County Court jury rejected his claims the woman made a sexual advance on him, and also found he was complicit in her being raped by Thomas.

Judge Scott Johns on Thursday reiterated his belief the woman was in no state to consent given her level of intoxication through alcohol and drug use over the preceding hours. 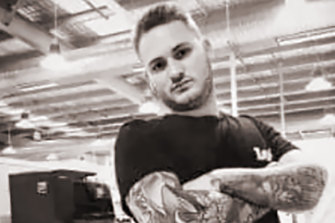 Jarrod Thomas was jailed after pleading guilty to two counts of rape.

He said rape was a serious and “intensely personal crime” and that Palise’s actions were degrading and predatory against a woman who was clearly vulnerable. Palise had been out of prison for about four months and was still on a community correction order.

“You showed a complete disregard for [her] human rights and preyed upon her when the opportunity arose,” Judge Johns told Palise, who watched the online hearing from prison.

“She was alone and in an extremely vulnerable state in your vehicle.

“You had encountered her only 12 mines prior to your crimes. She was passed out in the street. She had no idea who you were when she got in your vehicle. She just wanted to be taken home, she needed to be taken home.” 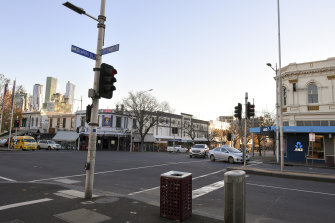 The woman was found unconscious at this Carlton intersection. Credit:Eddie Jim

Thomas, 26, was last year jailed for 6½ years after pleading guilty to two counts of rape. He looked up to his friend – their partners at the time are sisters – and previous hearings were told the younger man boasted to another mate that he and Palise had been “tag-teaming”.

The victim last month wrote that every aspect of her life had since changed, from the need to sell her home out of fear the men knew the address to her “extreme anger and frustration” at having no memory of what happened.

The woman was undergoing counselling for depression and anxiety, often couldn’t leave her home and endured troubles in her relationship and work. She wrote the court process meant her pregnancy last year was stressful.

Palise was jailed in 2017 for bombarding a former partner with abusive calls and text messages and forcing her into his car and driving her around for 45 minutes. He also has a prior conviction for threatening another former partner.

That record raised concerns about his attitude to women and rehabilitation, Judge Johns said. But he accepted Palise had engaged in programs in jail, was a mentor to younger inmates, had a supportive family including a 10-year-old daughter and a baby son and future work as a floor sander.

With time served, he will be eligible for parole in four years.

Prosecutors previously argued Thomas’ sentence was manifestly inadequate but the Court of Appeal dismissed the challenge. Thomas, who had no criminal history and admitted his crimes, will be eligible for parole next year.