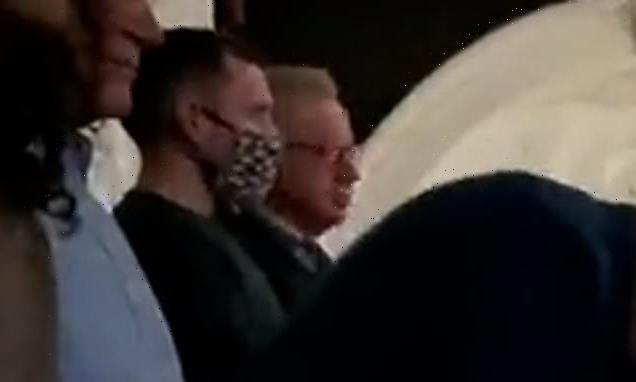 ‘Shame on You!’: Michael Gove is heckled by the audience at Grenfell Inquiry play just weeks after he was mobbed in the street by anti-vaxxers

Video has emerged of Tory minister Michael Gove being heckled while attending a play about the Grenfell Tower inquiry.

In the footage, audience members are heard shouting at Mr Gove – the Secretary of State for Housing – during a performance of Value Engineering in London.

A group are then heard chanting ‘shame on you’ at the MP as he and other audience members begin to filter out of the auditorium.

It is believed the video, which was posted on social media just weeks after Mr Gove was filmed being mobbed by anti-vaxxers, was recorded at the end of the show at the Tabernacle in Notting Hill.

The play is about the inquiry into the Grenfell Tower disaster. A total of 72 people died when fire ravaged the 24-storey tower block in North Kensington in 2017.

A first-stage report blamed unsafe cladding for the rapid spread of the fire and said victims had paid ‘a terrible price for a catastrophic failure of industry and Government’. 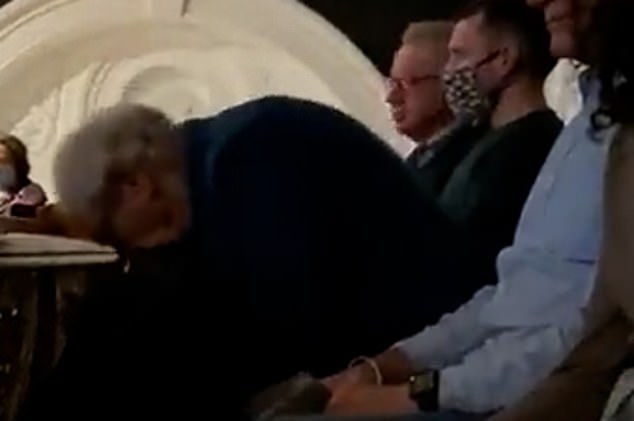 The video of Mr Gove at the show begins with audience members questioning him over Government policy, with one heard saying: ‘I live in a tower block too’.

Seconds later a woman is heard chanting ‘shame on you’ at Mr Gove, with other audience members joining in.

Other audience members nearby are seen gathering their coats and getting up to leave. Mr Gove is then obstructed from the view of the camera and the video ends.

The 54-year-old, whose is the Secretary of State for Levelling Up, Housing and Communities was swarmed by the angry crowd as he walked through Westminster.

The incident took place in October, just days after MP Sir David Amess was tragically stabbed to death in an incident, believed to be linked to Islamic terrorism.

One protester was able to get in Mr Gove’s face before any police officers reached him, but then scores of officers formed a protective ring to get him into a building.

They were part of a march organised by groups Official Voice and GB Resistance against lockdown and the vaccine. 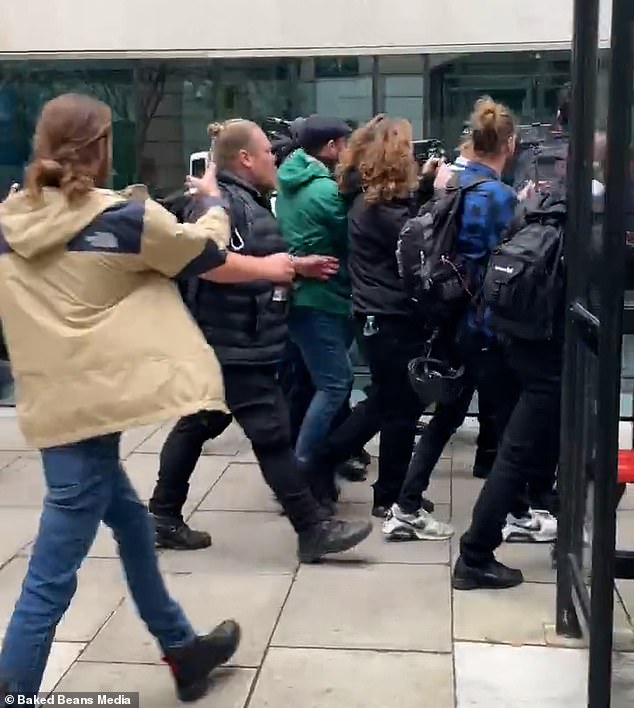 A man who was inches away shouted something about ‘illegal lockdowns being pushed on this country’.

Yells of ‘Arrest Michael Gove’ and other foul-mouthed insults rang out during the confrontation, which was captured on multiple cameras.

It is believed the minister had only been out for his lunch and had a cup of coffee in his hand.

The Met Police said at the time of the incident that it was investigating the video.

Speaking about the video of Mr Gove at the time, Business Secretary Kwasi Kwarteng ITV’s Good Morning Britain programme: ‘I was very surprised to see that.

‘David Amess was a friend of mine, very good person, very well regarded, and I was deeply shocked at what happened on Friday.

‘But I was also surprised… to see Michael being assailed, if you like, by those protesters. I think it is quite frightening.’

Edited by Richard Norton-Taylor and directed by Nicolas Kent, Value Engineering has been running at the Tabernacle since October 13. Yesterday was the show’s last night at the theatre.

It is then due to run from November 16 and November 20 at the Birmingham Rep.

MailOnline last night contacted representatives for Mr Gove and the show for a comment.

By Simon Walters for the Daily Mail

He loves dancing, as his wild ‘dad’ moves in an Aberdeen nightclub this summer proved – and now Michael Gove has a ballroom all of his own to practise in.

At the Prime Minister’s insistence, the Secretary of State for Levelling Up, Housing and Communities is moving into Carlton Gardens, a sumptuous grace-and-favour residence customarily the Foreign Secretary’s official London residence.

Mr Gove’s new home will be seen as a surprise, given that Foreign Secretary Liz Truss outranks him in the Cabinet – but she is said to be happy for him to go there. 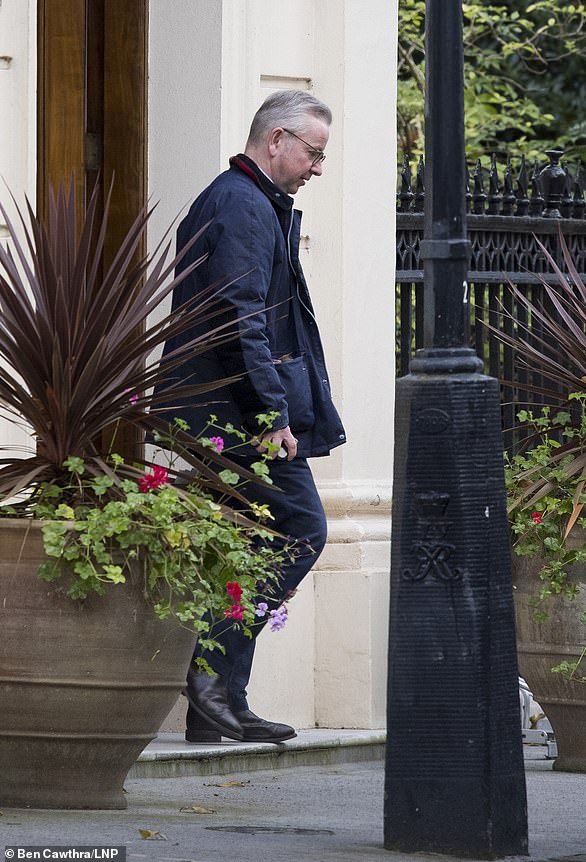 Michael Gove, the Secretary of State for Levelling Up, Housing and Communities has moved into Carlton Gardens (above), a sumptuous grace-and-favour residence customarily the Foreign Secretary ’s official London residence 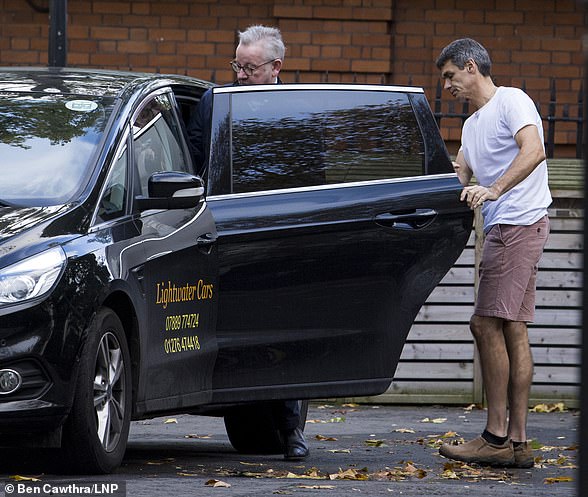 He is the first Cabinet minister with the relatively junior post of housing minister to be given a grace-and-favour home, with security concerns playing a key role in the decision.

Labour’s John Prescott was given Dorneywood in Buckinghamshire with a similar ministerial portfolio in recognition of his additional role as Deputy Prime Minister.

Although Mr Gove has never occupied one of Whitehall’s four ‘great offices of state’ – No 10, No 11, Foreign Office and Home Office – he is widely seen as one of the most powerful figures in the Government.

He was tipped by many to take over as Home Secretary from Priti Patel in the reshuffle, but instead Boris Johnson gave him the key role, alongside his other responsibilities, of ‘levelling up’ the North. The job involves trying to bring greater prosperity to some of the poorest parts of the country. 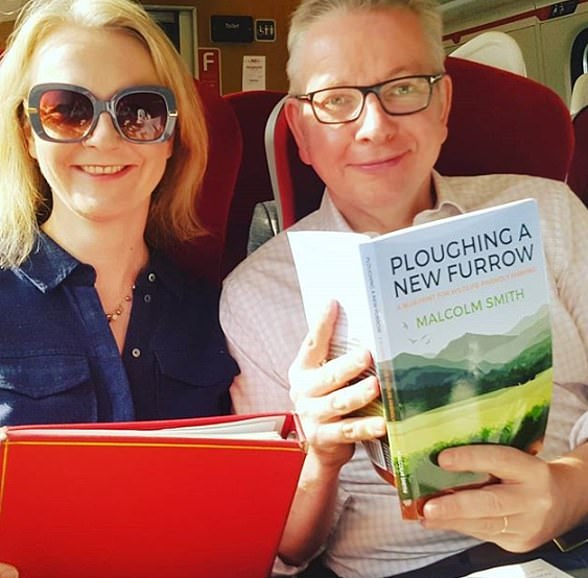 Although Michael Gove has never occupied one of Whitehall’s four ‘great offices of state’ – No 10, No 11, Foreign Office and Home Office – he is widely seen as one of the most powerful figures in the Government. He is pictured with Foreign Secretary Liz Truss (left) 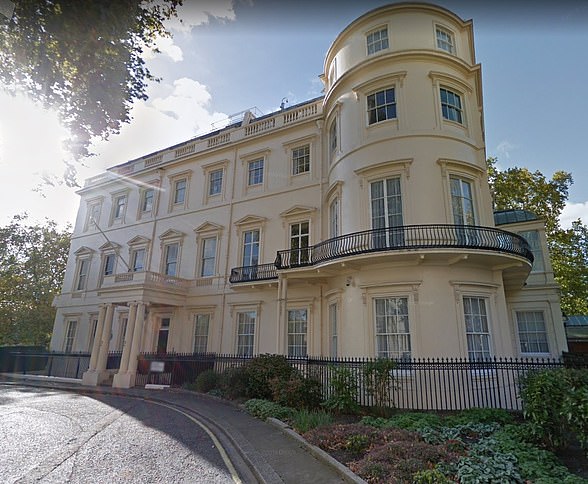 At the Prime Minister’s insistence, Mr Gove is moving into Carlton Gardens (pictured)

Labour is bound to argue that giving Mr Gove a palatial home a stone’s throw from Buckingham Palace is starkly at odds with ‘levelling up’.

The 1830 property designed by architect John Nash, worth around £25million, is leased by the Foreign Office from the Crown Estate, which looks after the Queen’s properties.

Considered the most lavish of all London grace-and-favour houses for ministers, two floors have been the Foreign Secretary’s official residence since 1945, when Labour’s Ernest Bevin complained about his ‘shabby flat’ in Downing Street.

The property contains a ballroom, two dining rooms and a three-bedroom apartment.

Miss Truss’s equanimity at Mr Gove’s new home is in contrast to the wrangle she had with her predecessor Dominic Raab over using Chevening, the Foreign Secretary’s official country residence in Kent. They agreed to share it in the end.