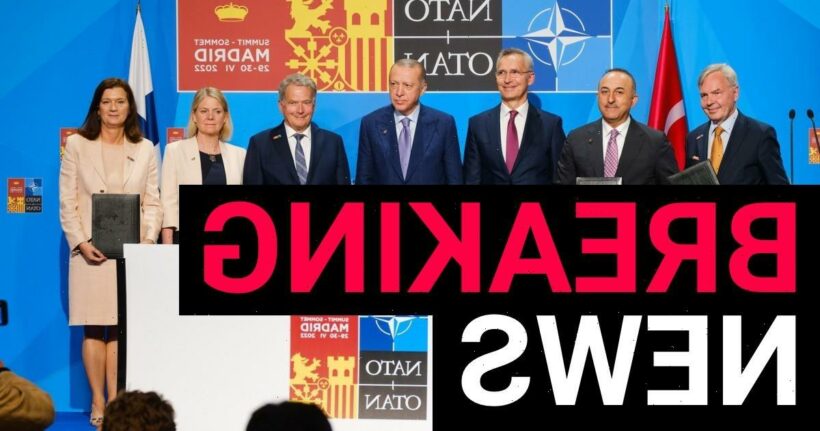 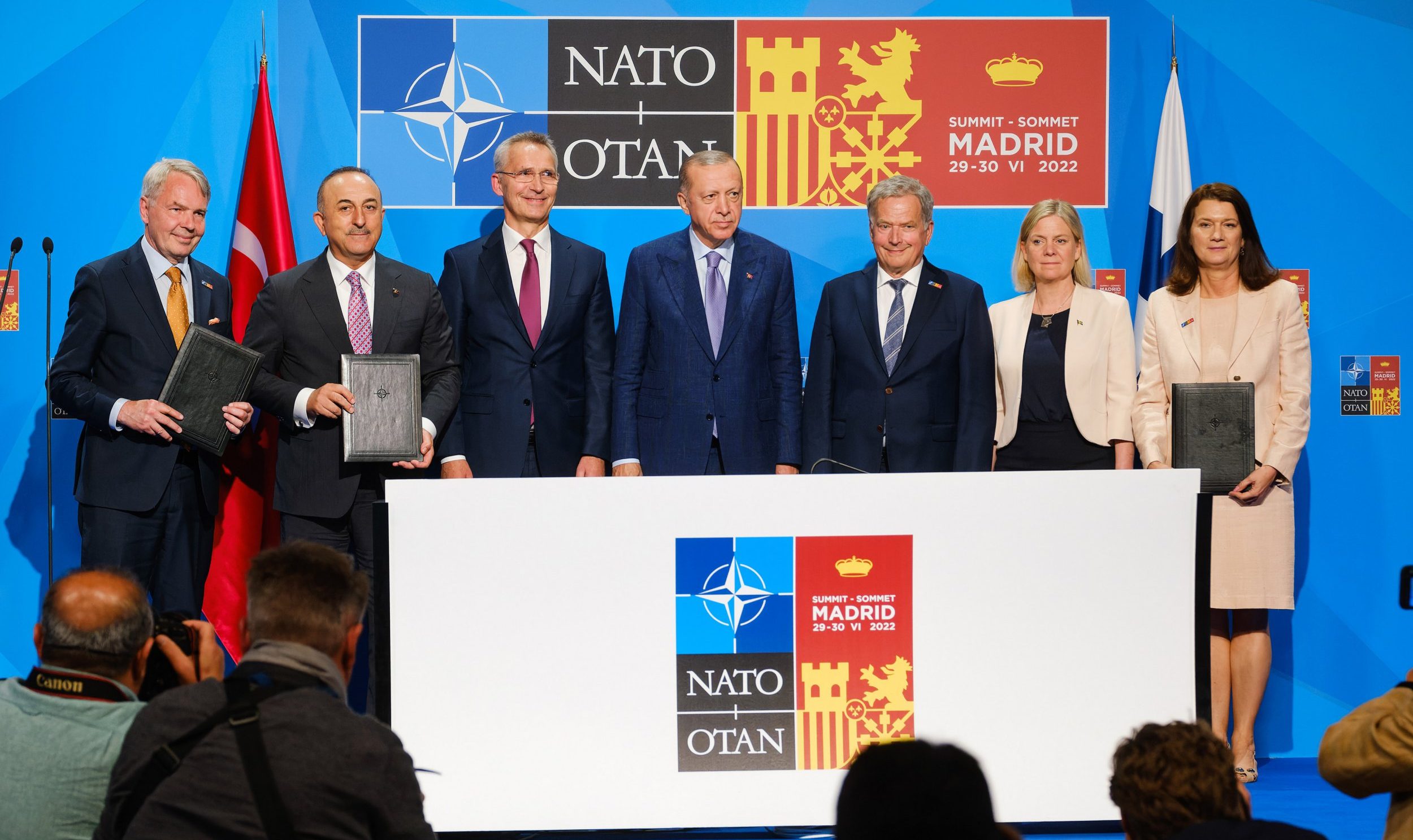 Finland and Sweden’s bids to join Nato have been all but accepted in a devastating blow to Putin’s crumbling plan to reassert Russia’s dominance.

The alliance formally invited the countries to join, six weeks after they sparked the Kremlin’s fury by submitting applications.

The two countries had resisted calls to join the alliance for decades as they preferred to stay neutral.

As it shares a long border with Russia, Finland was particularly desperate to avoid antagonising Moscow while also acting as a valuable diplomatic go-between when talks with Western powers turned too sour.

But Putin’s invasion of Ukraine prompted a major shift of opinion in both countries, whose militaries already worked closely with Nato forces.

A memo published by the alliance on Wednesday said ‘the accession of Finland and Sweden will make them safer, NATO stronger and the Euro-Atlantic area more secure’.

Their bids had been opposed by Turkey’s President Erdogan, who accused both countries of harbouring Kurdish separatists from a militant group which the US and the EU agree is a terrorist organisation.

But four hours of talks ahead of this week’s Nato summit in Madrid defused his concerns, and he dropped his veto on Tuesday.

Nato chiefs said Sweden and Finland had agreed to speed up their handling of extradition requests and lift their bans on selling weapons to Turkey, though neither country accepts Mr Erdogan’s accusations.

He was later seen standing side-by-side with the Finnish and Swedish leaders, Sauli Niinisto and Magdalena Andersson, at a ceremony to sign off their invitations.

It marks an embarrassing change in the tides of history for the Russian president, who repeatedly insisted his ‘special military operation’ was forced by illegitimate plans to absorb Ukraine into Nato.

In the run-up to the invasion, Kremlin mouthpieces went into overdrive claiming ‘fascists’ in the Ukrainian government planned to sign up against the country’s will so Nato could mass troops closer to the Russian border.

Support among Ukrainians for Nato membership was low for many decades but soared into a wide majority after Russia’s annexation of Crimea in 2014, according to polls.

In an ironic twist, Finland’s accession means far more of Russia’s border is now shared with Nato members than would have been the case if Ukraine had joined.

Meanwhile, the alliance has launched plans to grow the size of its forces on high alert by more than sevenfold.

At least 260,000 troops will be added to ‘high readiness’ forces, mostly in Eastern Europe.

Touching on the plans on Wednesday, the Nato memo added: ‘Allies have committed to deploy additional robust in-place combat-ready forces on our eastern flank.’

It said these will be ‘scaled up from the existing battlegroups to brigade-size units, where and when required underpinned by credible available reinforcements, prepositioned equipment, and enhanced command and control’.

Got a story? Get in touch with our news team by emailing us at [email protected] Or you can submit your videos and pictures here.