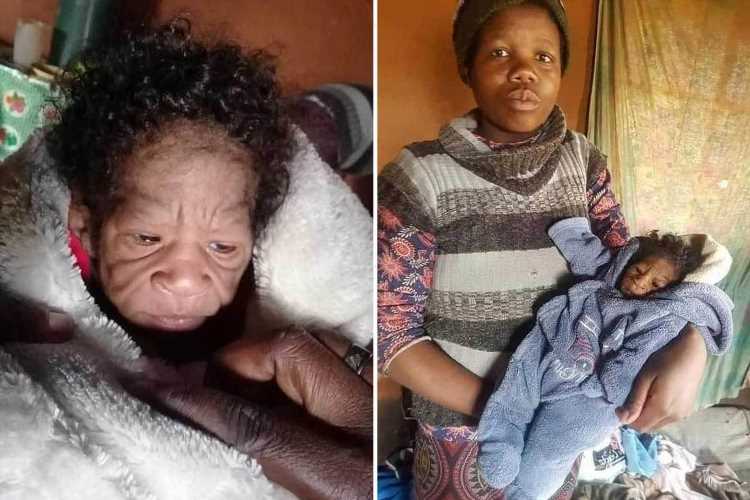 A NEW mum has given birth to a baby girl who looks even older than her due to a rare condition.

The 20-year-old woman gave birth to a girl with the rare "Benjamin Button" condition, also called Hutchinson-Gilford syndrome that causes sufferers to age faster than usual. 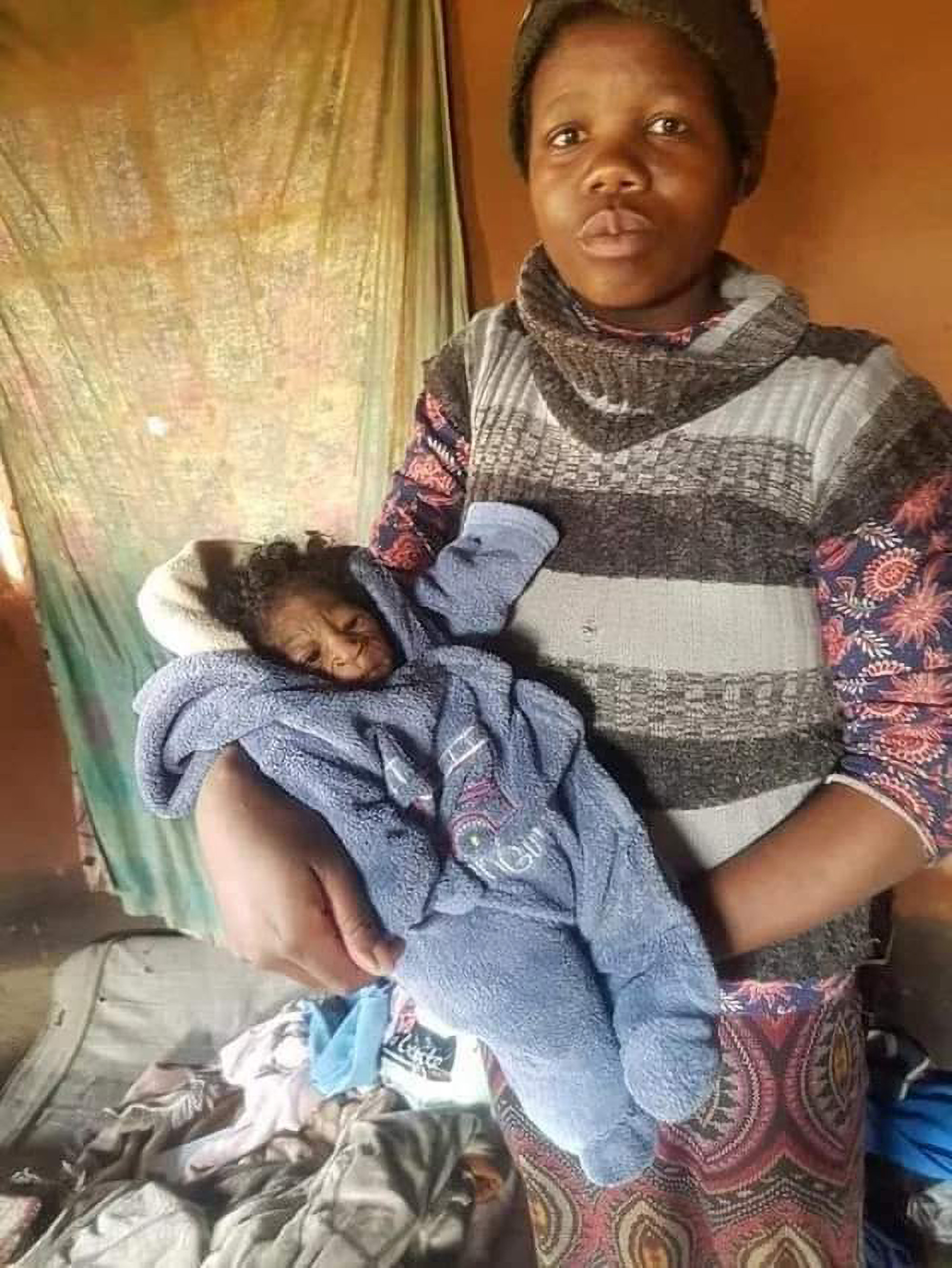 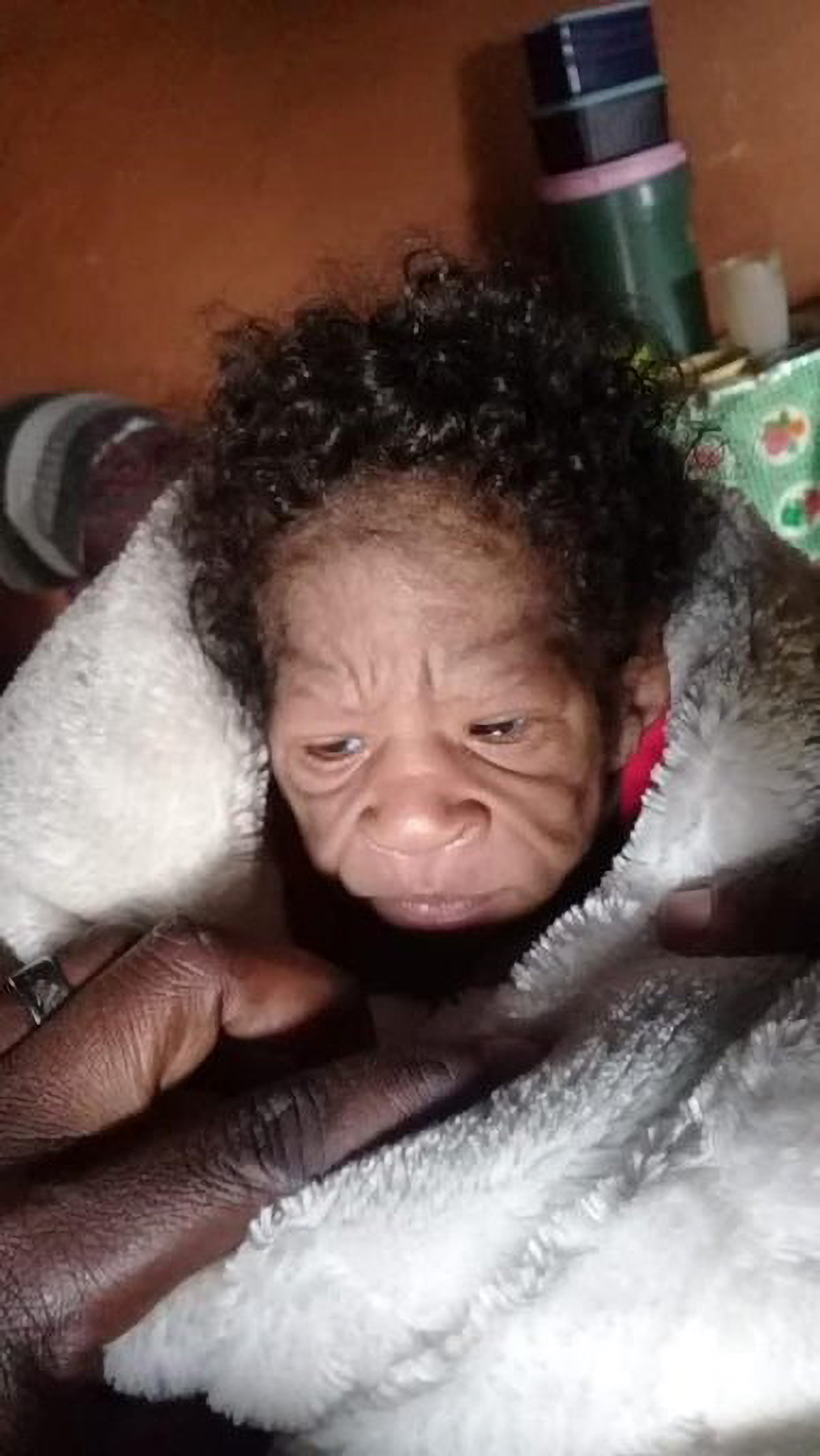 Similarly to Brad Pitt's character on the film The Curious Case of Benjamin Button, the little girl was born with deformed hands and wrinkled skin.

The syndrome, also called progeria is a genetic condition that affects children under two years old and causes premature aging.

Tha South African family was left devastated after snaps of the infant were shared online and sick trolls commented that she looked like "an old woman."

According to local media the young woman gave birth at her home on Monday,in the small town of Libode in the province of Eastern Cape after her grandmother phoned for an ambulance when she went into labour.

The ambulance failed to arrive on time and the new mum with her daughter were taken to hospital after the birth.

The baby's grandmother told reporters: "We were told there that she's disabled. I noticed during her birth that there was something strange with her. She did not cry and she was breathing through her ribs.

"I was shocked because that was strange. Now I hear that people are calling her names. That hurts a lot. If I had means, I would put all of them in jail."

Children diagnosed with progeria tend to die of arteriosclerosis at an average age of just 14.5 years.

The Progeria Research Foundation has estimated that 132 children and young adults have Hutchinson-Gilford Progeria Syndrome across the world. 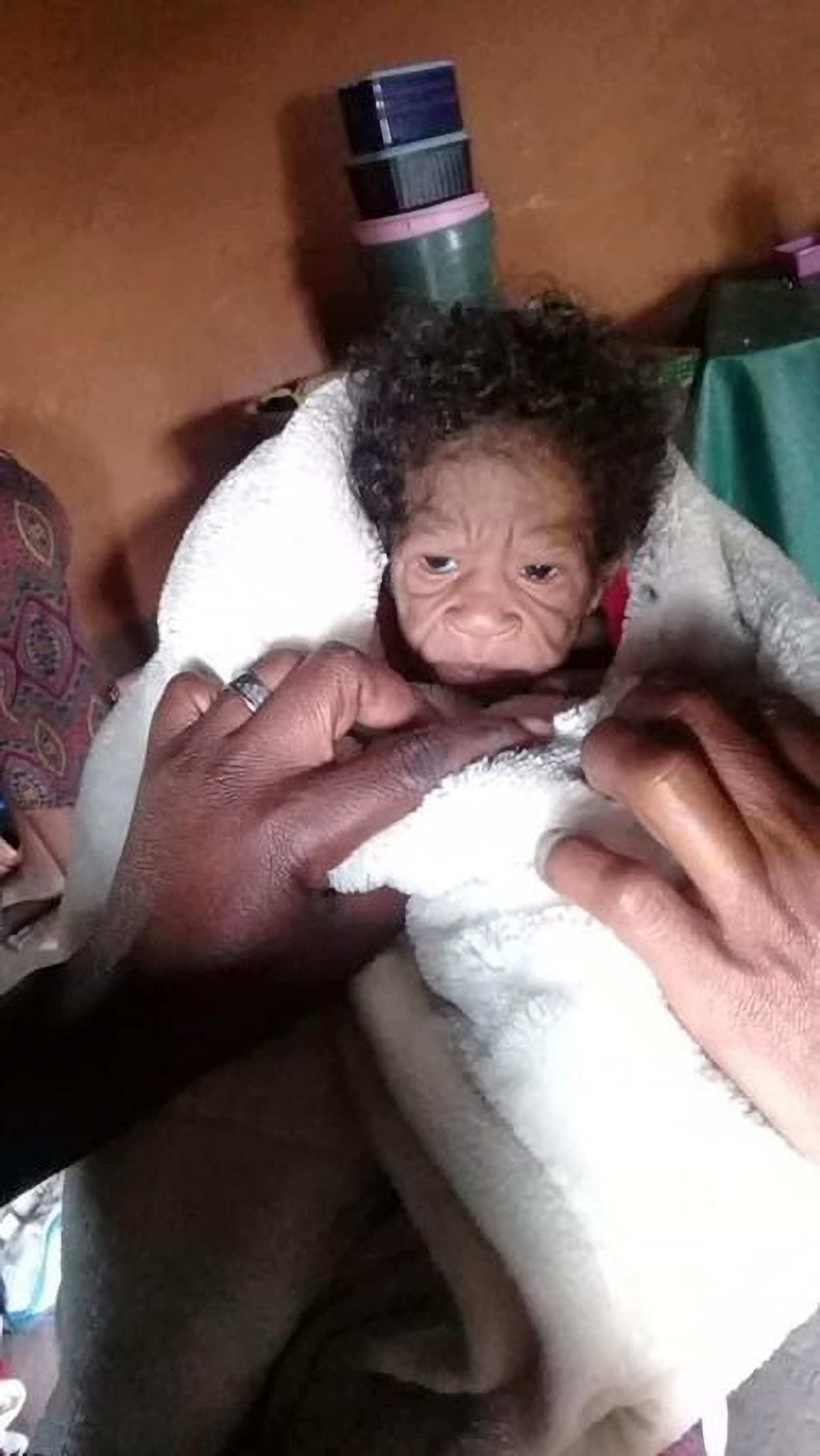 What is the Benjamin Button syndrome?

The Progeria Foundation says: “Children with Progeria begin to display many characteristics of accelerated ageing within the first two years of life.

“The children have a remarkably similar appearance, despite differing ethnic backgrounds. Children with Progeria die of atherosclerosis (heart disease) at an average age of fourteen years.”

People with progeria often have small, frail frames compared to their heads, and have a distinctive appearance of a shallow jaw and pinched nose.

There is no cure for the condition which despite being genetic it is not inherited.

It is caused by a mutation in the gene called LMNA.