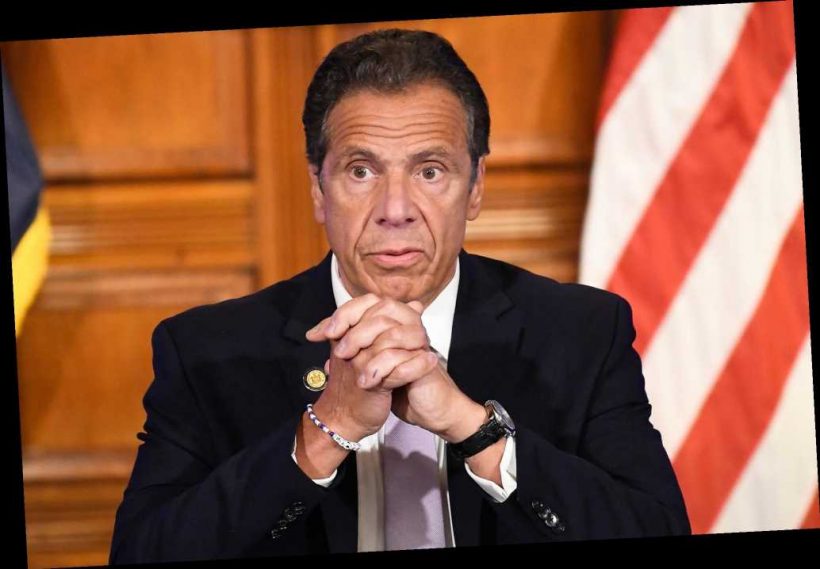 What to expect from the Merrick Garland confirmation hearing

Eleven elected members of the New York State Democratic Party have submitted a resolution to censure Gov. Andrew Cuomo over his coronavirus nursing home scandal — including covering up the true number of deaths among nursing home residents from the killer virus, protecting medical facilities from legal liability for negligence and threatening lawmakers for criticizing his policies.

The resolution is yet another headache for Cuomo in the mushrooming scandal. As governor, Cuomo is the de-facto head of New York’s Democratic Party.

Democratic lawmakers in Albany have submitted legislation to curb Cuomo’s emergency powers and even accused him of obstruction of justice over nursing home death reporting — a claim he denies.

Republican lawmakers, meanwhile, have proposed an impeachment commission to oust Cuomo, who is expected to run for a fourth term next year. And the state Senate on Monday is expected to pass a package of bills to bolster nursing home safety and accountability.

Seven of the 11 Democratic signers of the censure resolution are from New York City.

“Actions have consequences. I consider it my responsibility as a representative of the Democrats in my community to hold members of our party accountable, from City Council up to the Governor. The continued wrong doing of Governor Andrew M. Cuomo must be repudiated, or else we are no better than the Republicans who fail to hold their own leaders accountable, out of fear and self-preservation,” said State Committee Member and Queens County Democratic District Leader from the 37th Assembly District Emilia Decaudin.

Stillwater Village Trustee and State Committee Member from the 113th Assembly District Patrick Nelson said, “Honesty, dignity, respect and the wellbeing of our state and country must always come before party allegiance. When a member of the Democratic Party does wrong, we seek to ensure that they are held accountable no matter how powerful they are, unlike in the Republican Party.”

The reasons for the proposed rebuke, as laid out in the resolution, include:

Cuomo’s team undercounted COVID-19 deaths of nursing home residents deaths in public reporting by up to 50 percent and the true data was only revealed after an investigative report by state Attorney General Leticia James pointed that out;

The Cuomo administration “repeatedly stymied and refused” to comply with requests and hand over information about COVID-19 in nursing homes to state legislators — and admitted the stonewalling was “due to fear of” legal and political accountability” amid an investigation by the US Justice Department. That’s a reference to Secretary to the Governor Melissa DeRosa’s admission during a private Feb. 10 meeting with lawmakers, first revealed by The Post,

Cuomo himself has “personally and inappropriately threatened” critical lawmakers — a reference to Queens Assemblyman Ron Kim, who claimed the governor threatened to destroy his career in a heated personal phone call.

The governor placed into the state budget last year a provision to protect nursing home and hospital executives from liability for “poor decisions” during the pandemic “except in the very difficult to prove case of gross negligence.”

The resolution also slams Cuomo for “having never taken responsibility” for his health department’s controversial March 25, 2020 directive for nursing homes to accept recovering coronavirus patients from hospitals without testing. The transfer policy was rescinded on May 10.

Instead the resolution says Cuomo “sought to deceive the public, the legislature, and the U.S. DOJ and frame the issue as one of partisan politics rather than a genuine concern.”

The resolution also condemns Cuomo for having time to write a book about his handling of the pandemic but at the same time hiding nursing home information.

“During this entire ordeal where the governor claims to not have had time and human
resources to comply with requests for information, the governor did have time to write a book congratulating himself for New York’s COVID-19 response, have a self-congratulatory poster created and circulated before the worst of the pandemic was over,” the Democratic Party activists said.

“I don’t see it going anywhere. There will always be those who will see an opportunity to try to enhance their own relevance. I don’t care for this opportunistic action at the state committee,” said Jacobs.

Jacobs said the purpose of the state committee is to select candidates for office and help elect them.

“This is very political,” he said.

There are 450 members of the state Democratic Party Committee.