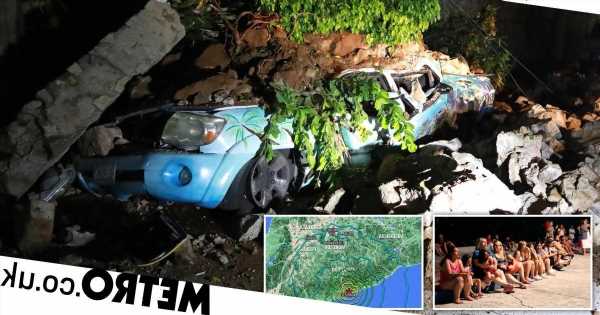 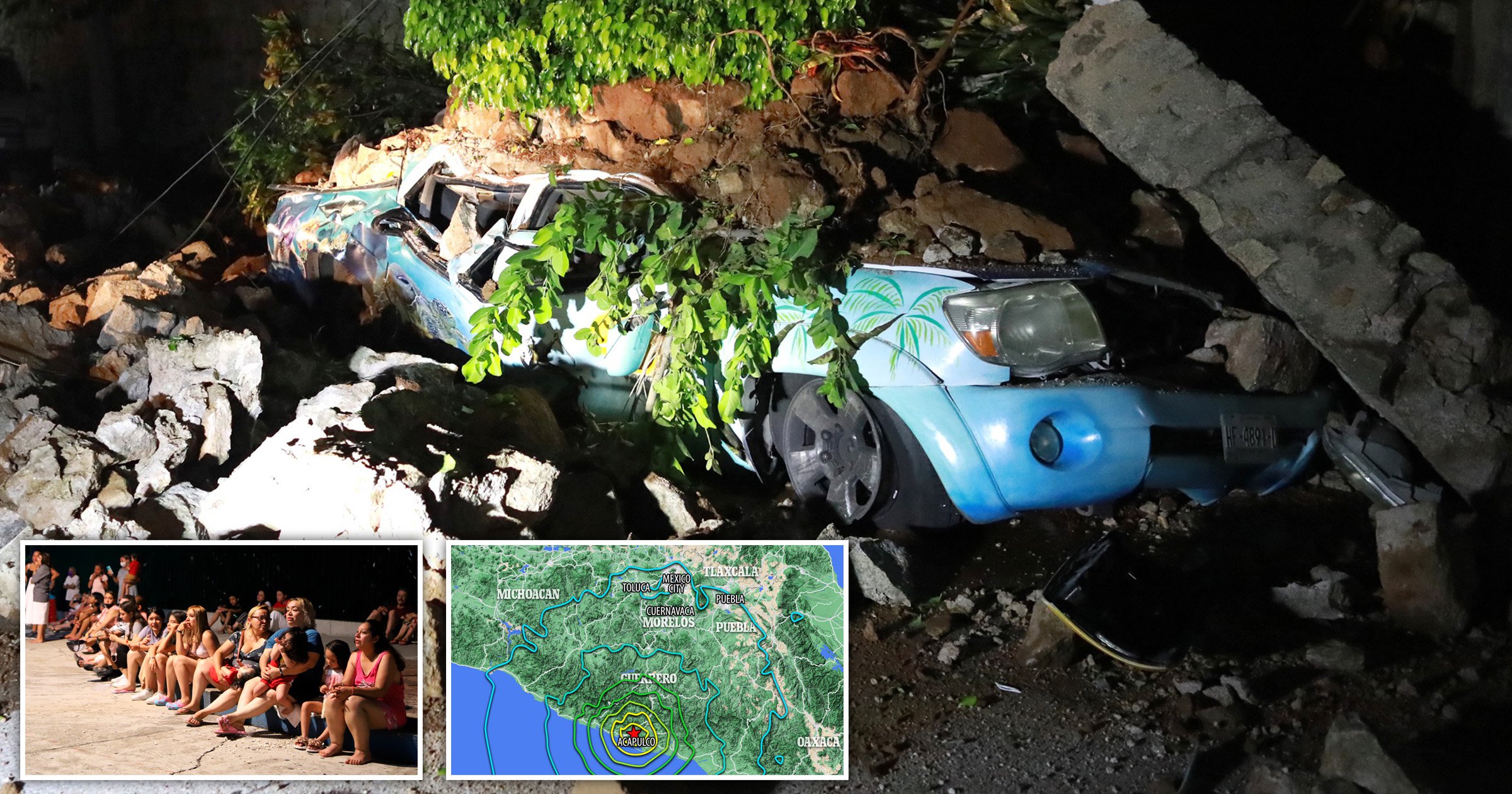 One person has died when a utility pole fell on him during a 7.1-magnitude earthquake near a Mexican resort city.

Tourists had to be evacuated from their hotels as the powerful quake rocked buildings in Acapulco, Guerrero state.

Tremors could be felt up to 200 miles away in Mexico City, where the ground shook for more than a minute.

In Acapulco, famous for its nightlife, beaches and golf, the hillsides around the city shook, trees were downed and and large boulders fell onto roads.

Power outages and gas leaks were detected in several parts of the city.

‘We heard loud noise from the building, noise from the windows, things fell inside the house, the power went out’ said Sergio Flores, an Acapulco resident. ‘We heard leaking water, the water went out of the pool and you heard people screaming, very nervous people.’

Mr Flores said all he could do when it started shaking was hug his wife. He saw people leaving hotels around the bay and some running into parking decks to remove their cars, fearing a collapse.

‘We were all worried about some change in the sea, but so far authorities have not said anything about a tsunami alert,’ he said.

Authorities in Acapulco opened sports centers for people to sleep in if they were afraid to go home.

Another tourist, Jessica Arias, also from Mexico City, said: ‘We were only just checking into the hotel, so we have all our things with us. They told us it’s still not safe to enter.’

Another hotel guest ran outside in only a beach towel. ‘I was taking a bath and suddenly I felt a very strong movement and then I was scared and screamed,’ they said.

The epicenter was measured at seven miles southeast of Acapulco, the National Seismological Service reported.

He said the tsunami alert centre had not registered any variations in the sea level. The Pacific Tsunami Warning Centre later said the threat of potential waves had passed.

Speaking before the man was announced dead, President Andres Manuel Lopez Obrador said in a video message that there were no reports of significant destruction.