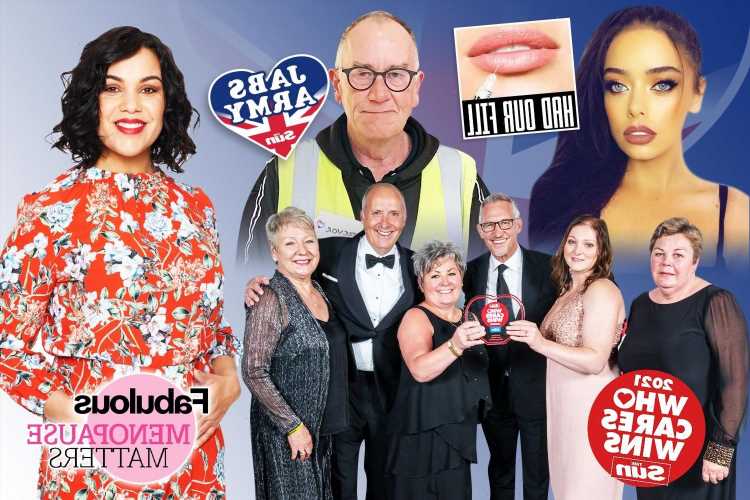 IN a year as challenging as any since World War Two, The Sun’s fantastic and generous readers have stood firm.

From joining our praised Jabs Army push to recognising our healthcare heroes and tackling the scourge of Covid facemasks littering our streets, you have volunteered in your thousands. 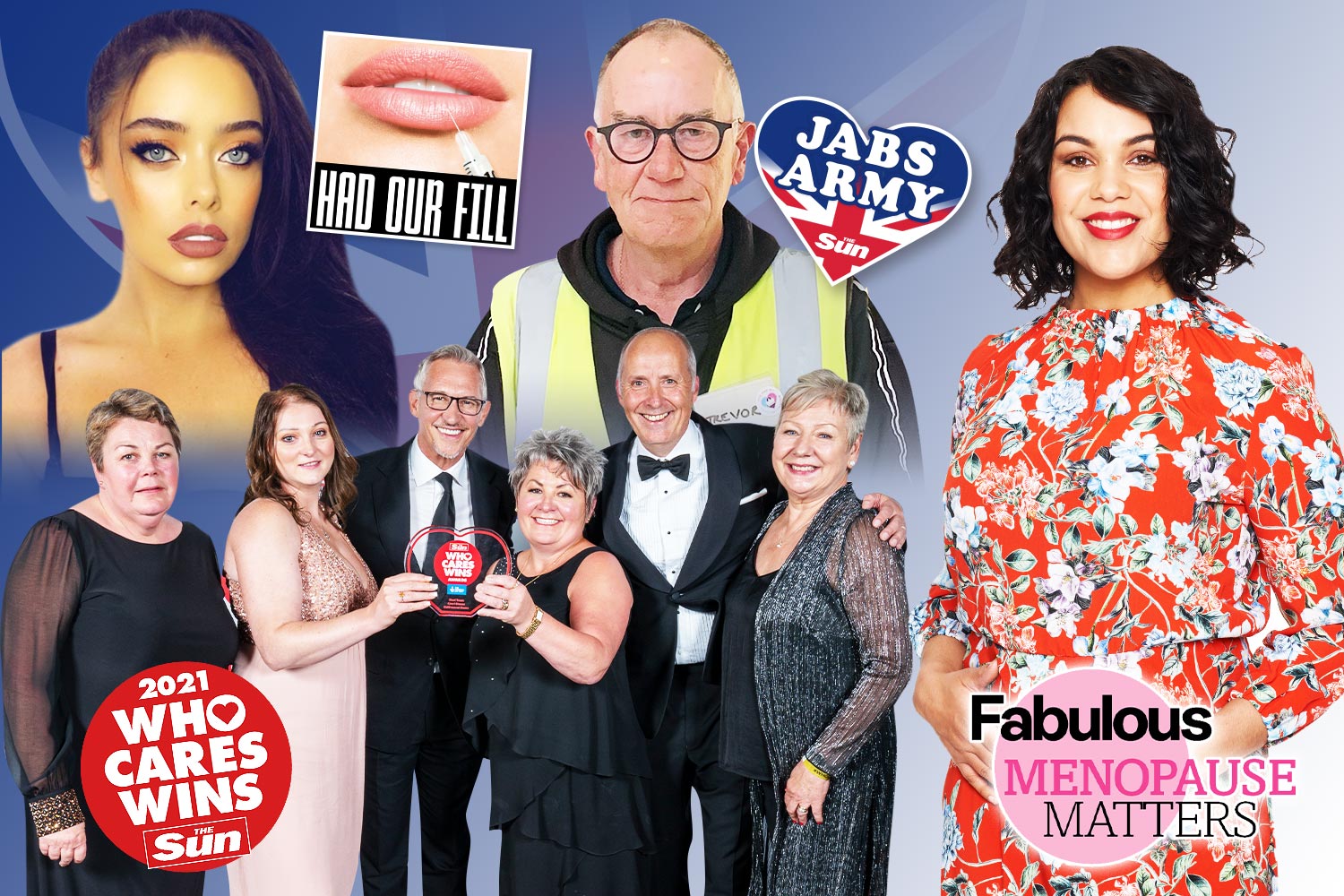 And by backing our Menopause Matters and Had Our Fill campaigns, you have helped secure real and lasting change.

A newspaper is only as passionate as its readers, so raise a well-earned glass tonight as Oliver Harvey and Amy Jones pay tribute to your remarkable selflessness and zeal.

Ray Quinn unrecognisable after quitting fame to be a carpet fitter

Santander accidentally pays out £130MILLION to thousands on Xmas Day

READERS rallied to celebrate the bravery and dedication of our medics and carers as the pandemic raged.

Our Who Cares Wins awards ceremony in September was attended by Prince William and David Beckham and screened on Channel 4. 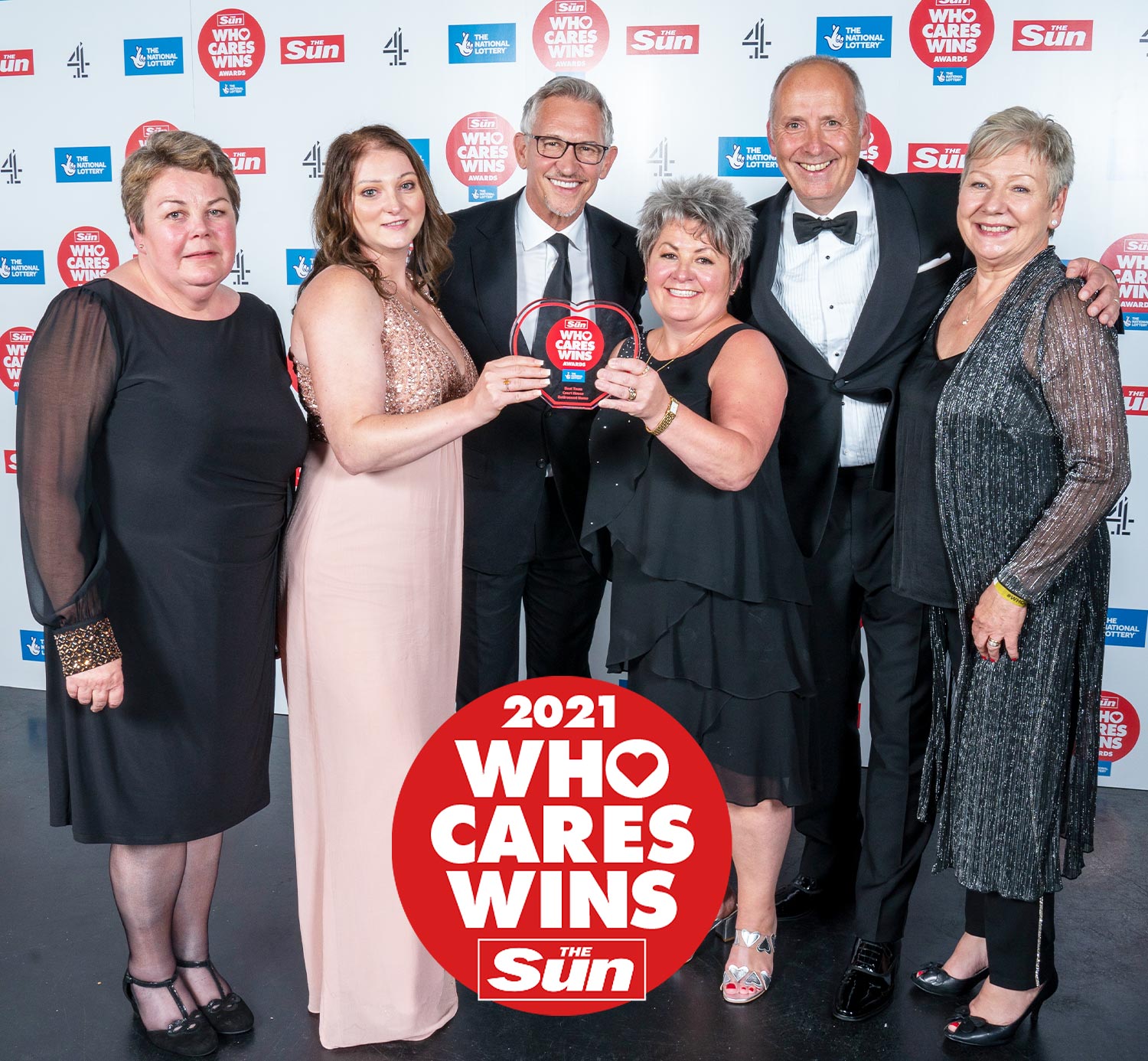 The Best Team category was won by the Court House retirement home in Cheddar, Somerset.

Owner Chris Dando, 55, said: “From having a chat with Chris Evans in the queue to the venue to taking our seats next to the lovely Ulrika Jonsson, it was all so special.

"Gary Lineker presented our award and I had a nice joke with him afterwards — he said it wouldn’t be long until he moved into Court House.”

Charmaine, 48, from Redruth, Cornwall, said: “David Beckham put his arm around my 14-year-old daughter Libby and said, ‘You must be proud of your mum’. He was a lovely person. It was an incredible night.”

AS Covid threatened to overwhelm us, The Sun launched our Jabs Army with the NHS and the Royal Voluntary Service on January 1.

It has since helped mobilise more than 140,000 volunteer heroes to marshal life-saving vaccination drives. 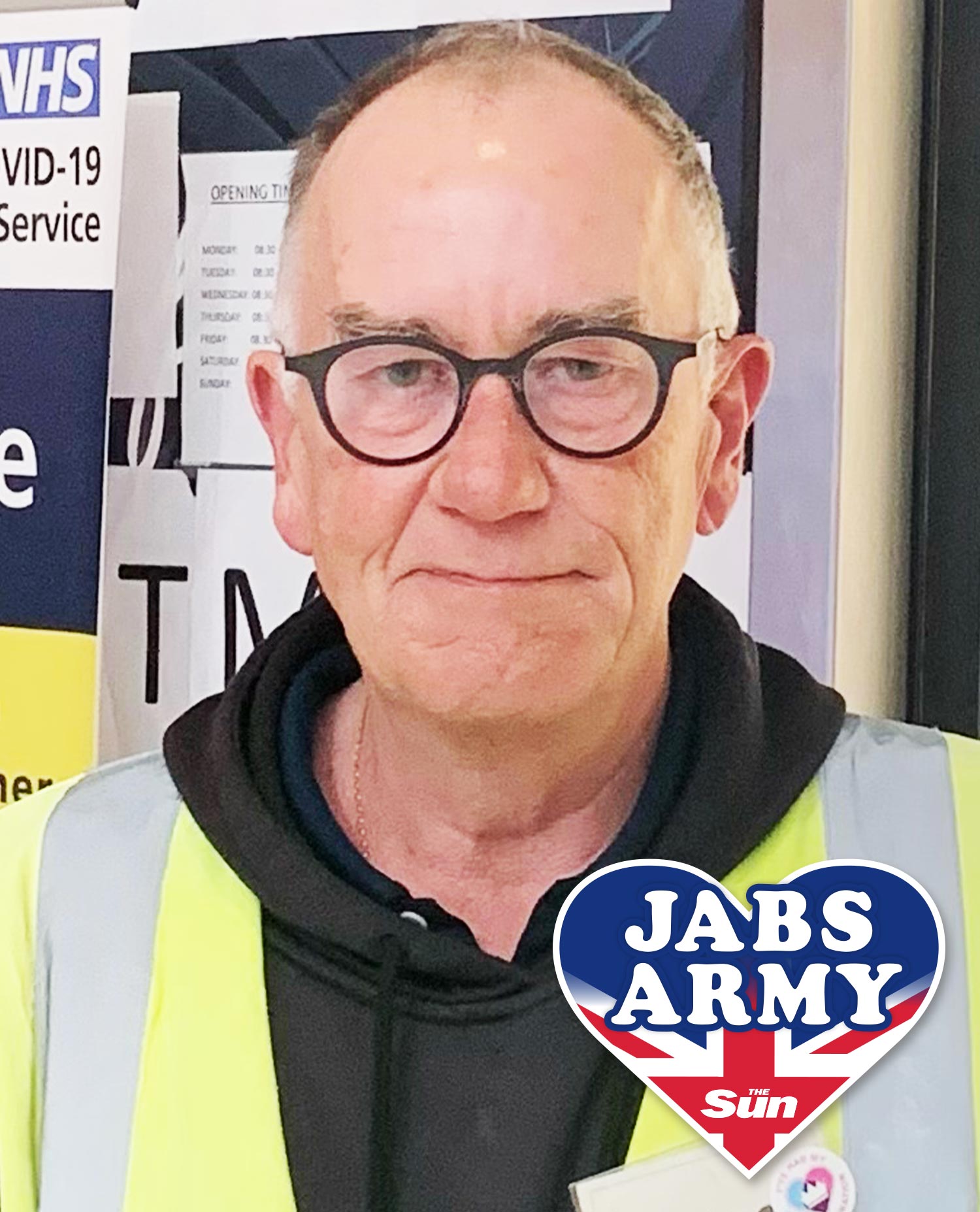 In one three- day period, 32,870 readers joined our campaign, including people like selfless Trevor ­Henderson, 61, who has given hundreds of hours.

Retired financial services consultant Trevor who did his 183rd Jabs Army shift in his home town of Peter-borough this week, said: “We all take a lot out of the health service and this is giving something back. It’s good fun.”

The dad of one, who runs a telecoms business and is originally from Syria, said: “It’s my way of paying back to this country, which welcomed me so warmly.”

“Thanks to their efforts and amazing dedication, tens of millions of people have been protected against Covid 19.”

SUN readers landed another win in October when tough new laws were implemented to protect children from dodgy cosmetic fillers.

Clinics and salons are now banned from giving Botox and lip fillers to under-18s unless they are for GP-approved medical reasons. 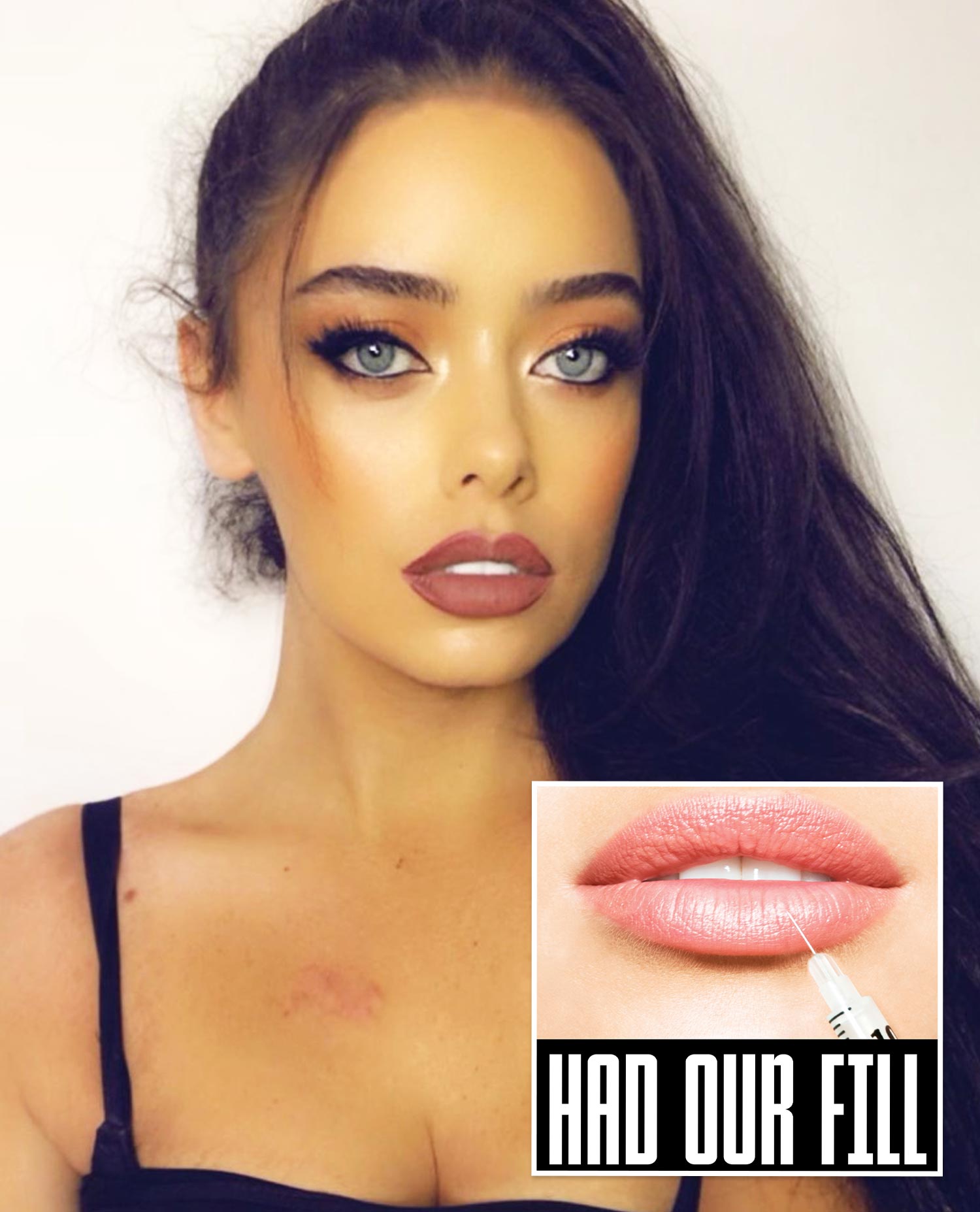 The Sun’s Had Our Fill campaign was backed by Cassidy Valentine, 24, from   North London.

The You-Tuber’s lip nearly fell off after hyaluronic acid was wrongly injected into an artery by a London beautician in April 2019.

OUR Mask Force campaign also received huge backing and led to a million discarded Covid masks being recycled via bins in Morrisons stores.

Mother-of-three Tamsin Floyd, 44, goes on regular beach cleans in Cornwall and has noticed lots of disposable masks littering shores since the start of the pandemic. 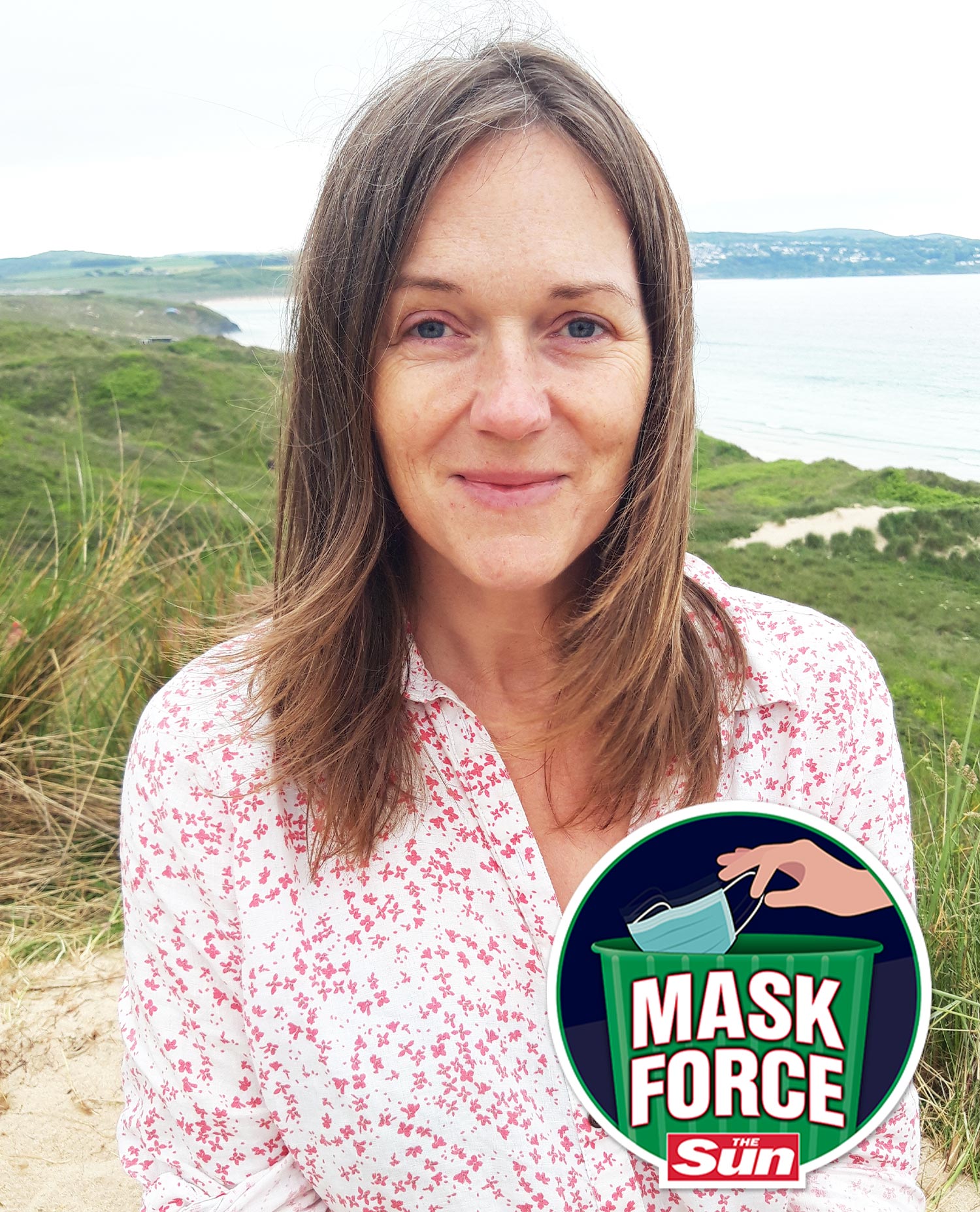 She says: “Because they’re so lightweight you can see how they would easily fly out of a car door or a bin and unfortunately lots end up on our beaches.

“I’d really recommend people getting out there and picking up rubbish — we can all do our bit.”

ANOTHER hard- hitting campaign saw 6,000 readers calling on Chancellor Rishi Sunak to “give back” the £434million cut from council budgets for social care and disabled children over the past decade.

Maureen Muteesa, whose son Calvin, 15, has complex medical needs, wrote the Give It Back campaign letter, which she delivered to Downing Street on behalf of The Sun with her son and Victoria Cross holder Johnson Beharry. 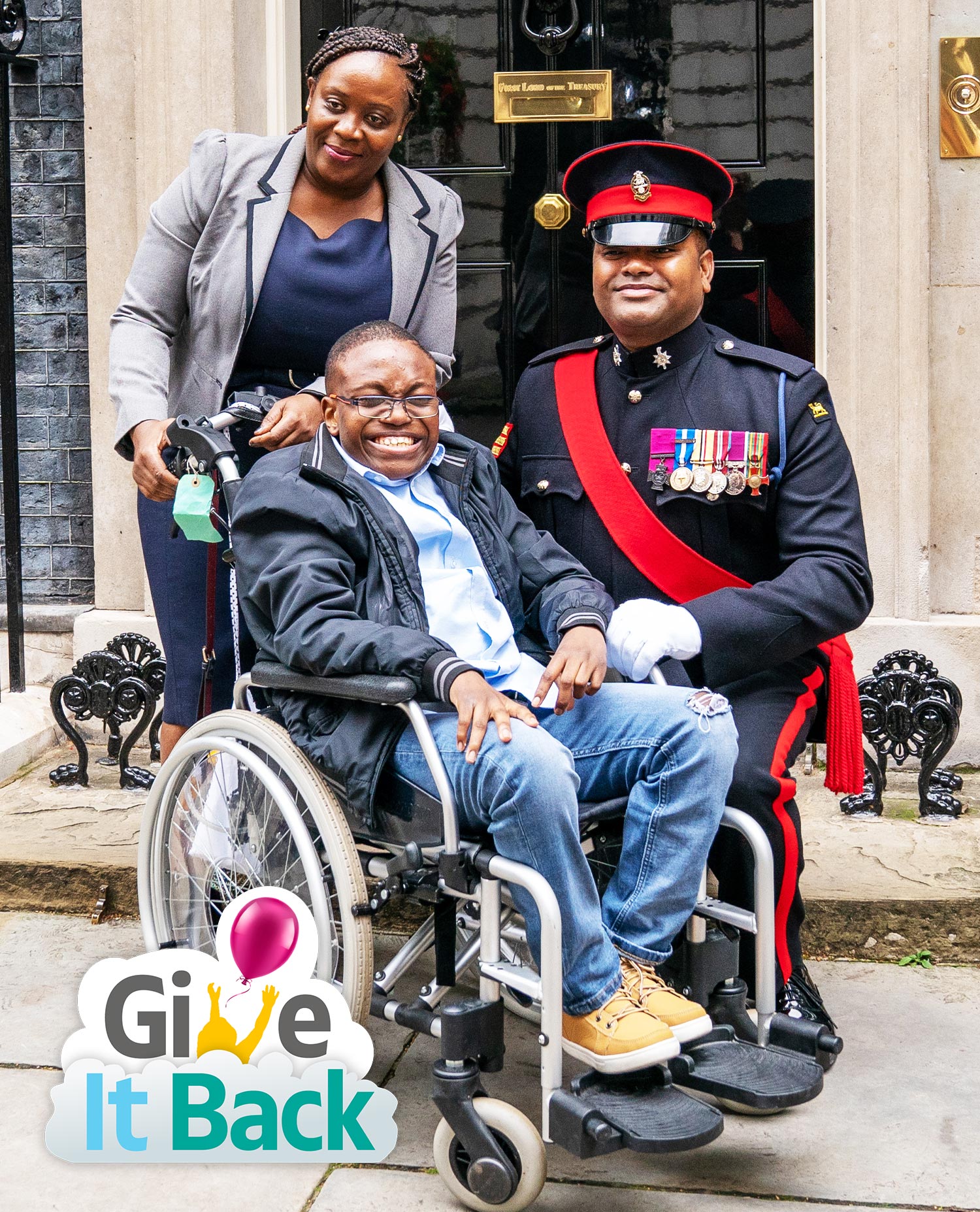 Maureen, 44, from Thamesmead, South East London, said: “I have had to fight for every bit of support for Calvin and during lockdown we were left, at times, with nothing.”

In his Spending Review, Rishi set aside £2.6billion for 30,000 special school places for children with special educational needs.

IN October, Fabulous launched its Menopause Matters campaign to make HRT free to all women.

Aged 13, Amanda Lewis received the shocking diagnosis that she had gone through the menopause — something that normally affects women in their 50s. 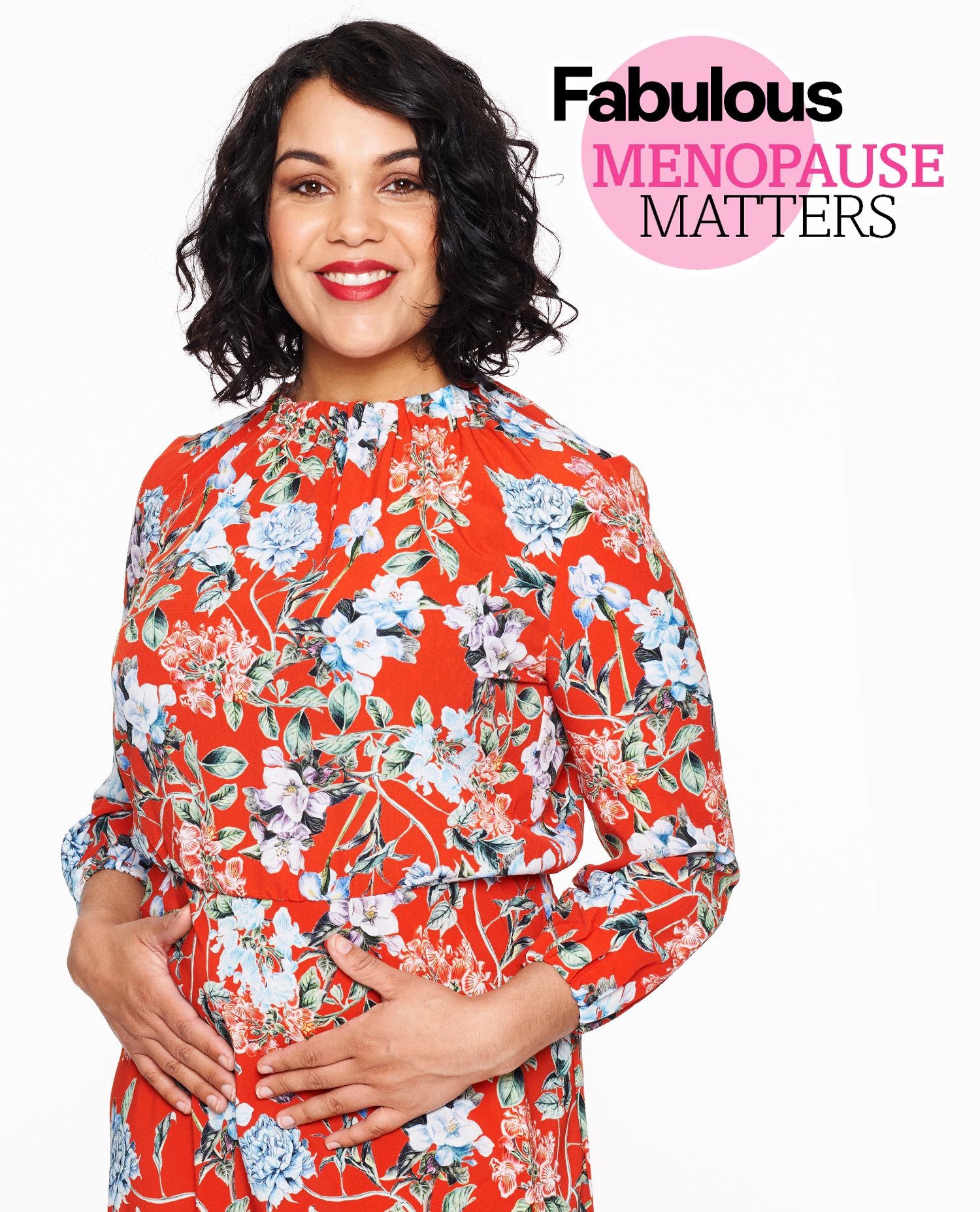 Casting her mind back to when her menopause began when she was just 11, she added: “My mood was incredibly low.

“I was in primary school and my focus should have been on playground games and my little friends.”

Amanda would go on to have two children conceived through donor eggs.

After she and others spoke out, the Government backed a “menopause revolution” with ministers pledging to cut the cost of repeat prescriptions of HRT.