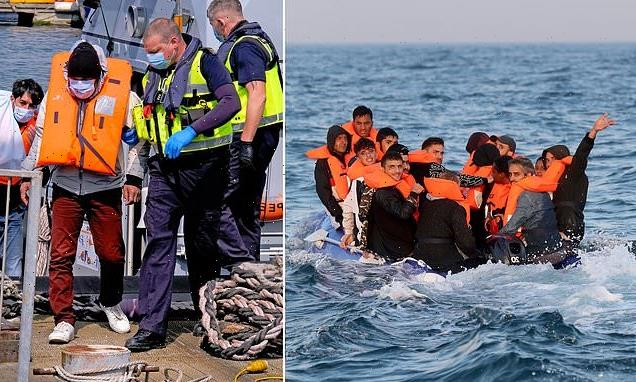 Ruthless people smugglers are using the poorest migrants travelling in the cheapest boats as decoys to give people paying ‘premium’ rates a better chance of crossing The Channel, it has been claimed.

Yesterday 42 migrants reached Britain’s shores in three boats, meaning nearly 1,500 have successfully made the crossing so far this year, while French patrols picked 106 on Monday night and Tuesday morning.

Last year it was revealed migrants were charging up to £10,000 for refugees to cross into Britain in three ‘gold, silver and bronze’ packages.

A source working with British and French police officers who have infiltrated the supply chain of small vessels now claims that the cheapest crossings are used to distract patrol boats in The Channel. 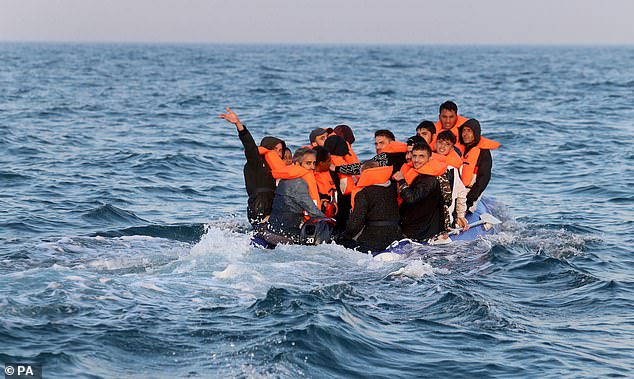 Yesterday 43 migrants were picked up off the coast of Britain, as it was revealed migrants use migrants crossing in the cheapest vessels as a distraction to allow others to cross

They told The Times: ‘They might put 35 boats out from a range of 150 miles across northern France and some of them will be with top-end engines and dinghies and some will be ones that break down as soon as they leave the shore. And so the authorities will be diverted to the ones that have broken down after leaving the shore but they’ll still get 15, 20 boats through.’

The most expensive package, gold, costs £10,000 and means you get a larger boat with better conditions, less other people and lifejackets, as reported by The Sun last August.

But the cheapest crossings can be organised for between £200 and £500. 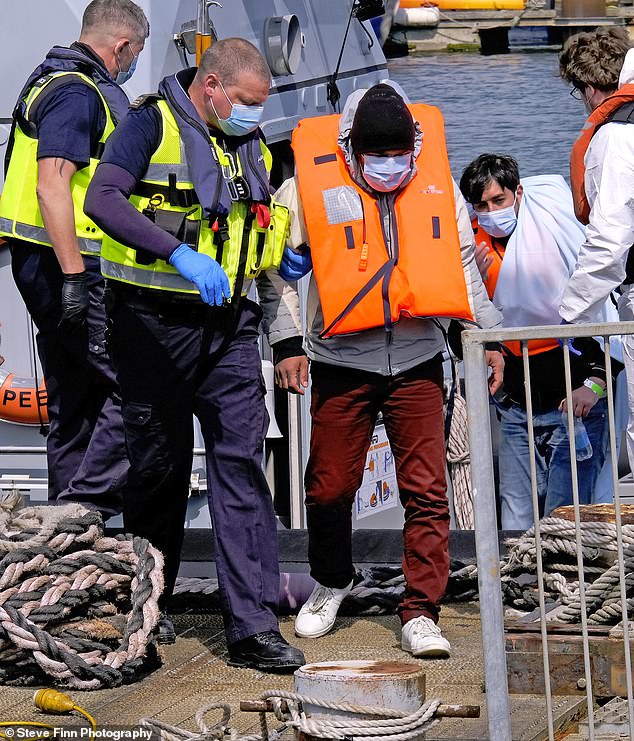 People smugglers can charge up to £10,000 for people to cross illegally from France to Britain, but also as little as £200 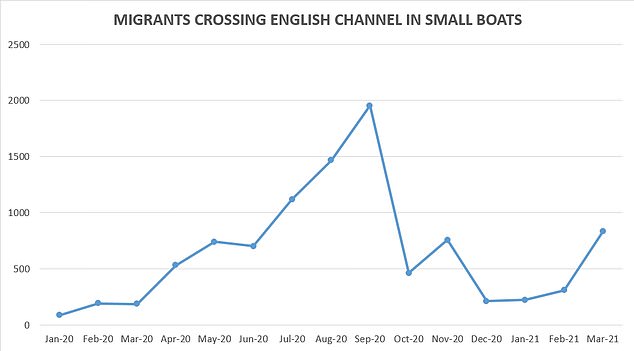 The number of migrants who have reached the UK by illegally crossing the Channel has risen 192 per cent year-on-year, with 1,362 people making the perilous journey from France between January 1 and the end of March.

This is compared with just 466 over the same period last year. If the increase is replicated across the whole year, almost 25,000 would traverse the Channel in small boats – smashing last year’s record of 8,410.

The total number for March was 831 – more than four times the 187 seen in the same month last year. Home Secretary Priti Patel has unveiled a series of reforms to stop smuggling gangs sending migrants across the water.

Overall numbers of asylum seekers making new claims in the UK fell to 29,456 last year, excluding dependants, down 18 per cent on the previous year.

According to The Times, police are now looking at how to break up the supply chain of these vessels, which are bought and sold legally, but with the full knowledge that they will be used to illegally ferry people from France to Britain.

A Home Office spokesman told The Times: ‘People smugglers are putting lives at risk by facilitating these dangerous journeys. We are working closely with our partners in France to stop migrants from leaving French beaches and attempted crossings involving more than 100 people were stopped overnight and this morning.

‘The government’s new plan for immigration will break the business model of people smugglers and overhaul the broken asylum system.’ 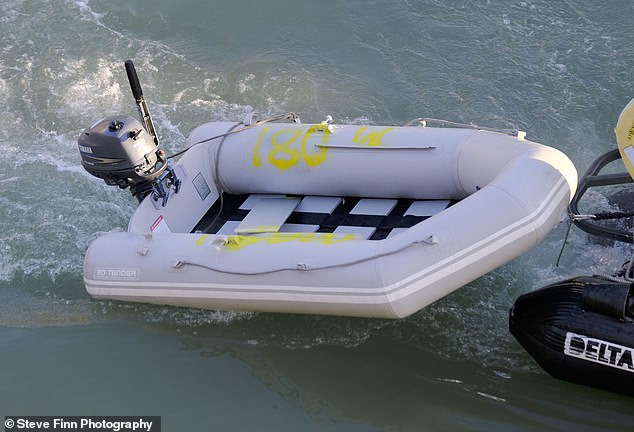 Police are now looking at how to break up the supply chain of these vessels, which are bought and sold legally, but with the full knowledge that they will be used to illegally ferry people

Last month Miss Patel announced that border guards patrolling the Channel will be given powers to turn back migrant boats. The crackdown will be dependent on France and other countries accepting the return of migrants.

The planned shake-up includes other controversial steps such as stripping failed asylum seekers of support and accommodation.

Foreign nationals could also be refused UK visas if their governments do not accept deportations of their own immigration rule-breakers from Britain.

France struck a deal with the UK in November to tackle illegal Channel crossings but has so far resisted the idea of having dinghies sent back to its northern beaches.

The Government’s new plan for immigration, published in full on March 24, revealed the bill for the asylum system is set to rise to more than £1.3billion this year, from just under £1billion in 2019-20.