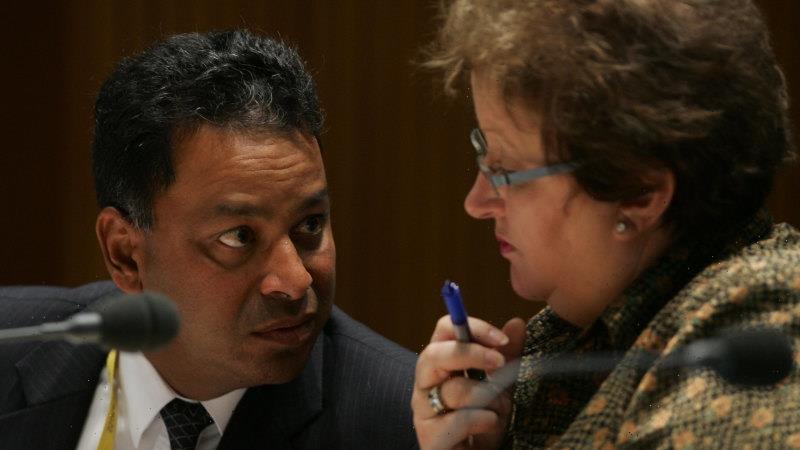 How Australia deals with immigration as we emerge from the COVID-19 pandemic will be crucial to determining the future of our population and our economy. 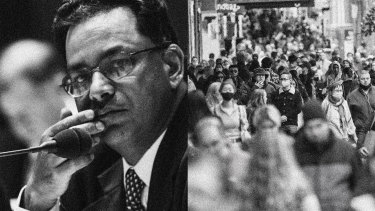 The increased level of migration is a reversal of Prime Minister Scott Morrison’s March 2019 “population plan”.

That plan included a reduction in the migration program “ceiling” from 190,000 visas a year to 160,000. The “ceiling” concept was invented by then home affairs minister Peter Dutton to replace the longstanding approach of using an immigration “target”. Neither the “target” nor the “ceiling” is contained in any legislation or regulation. They are purely administrative devices designed to give some indication of the overall number of permanent migration visas the government intends to grant each year. Dutton replaced the concept of a “target” with a “ceiling” of 190,000 places in 2017-18 to enable him to reduce the migration program to 168,000 without cabinet authority or any prior public announcement. In effect, Morrison’s subsequent “population plan” that reduced the “ceiling” to 160,000 a year was really just an announcement of existing immigration policy as devised unilaterally by Dutton.

Somewhat bizarrely, Morrison’s new “population plan” made no actual mention of the government’s planned future population for Australia. It was mostly another political announcement with little real substance other than some quite silly changes to existing regional migration visas designed to encourage more migrants to settle in regional Australia – visas that had actually declined in use from when Morrison had been immigration minister.

Morrison’s new rationale for Dutton’s earlier reduction of the migration program was to “bust congestion”. It was a populist approach designed to win the approval of a voting public looking for someone to blame for their long commute, and to deflect attention away from the failure of successive governments to adequately plan infrastructure and services in our major cities.

It’s important to understand here that the migration program only reflects the number of permanent resident visas issued. This includes permanent residency being extended to people who are already in Australia, on student visas for example. By contrast, net migration represents the change in Australia’s resident population from people movements. It includes Australian citizens returning home after living overseas or departing to live long-term overseas, New Zealanders coming to stay or leave long-term, international students, asylum seekers and others. Net migration is the number of people coming into Australia and staying for at least 12 months out of 16 – for whatever reason – minus those going the other way. And when you’re talking about congestion in Sydney or Melbourne, it doesn’t matter if the bloke in the car next to you is a temporary entrant or a permanent one or a citizen. What matters is that he’s also stuck in traffic and equally fed up with the situation. This makes net migration the more important measure when it comes to population fluctuations, economic impact and, indeed, congestion.

Within a month of announcing a congestion-busting cut to the migration program, the Morrison government’s 2019 budget forecast that Australia’s population would grow at an unprecedented average of 450,000 a year over the four-year forward estimates. This forecast relied on two key assumptions: first, that net migration would increase substantially, and second, that the fertility rate would do the same. At best, these assumptions can be described as heroic. They were actually a fraud perpetrated on the Australian public to support Frydenberg’s boast about the budget forever being “back in black”. The idea that we would grow the net number of people arriving to live here long-term, while also pursuing the recently reduced “ceiling” on the number of permanent visas issued, was an extraordinary leap of faith. The notion that Australian women would magically begin having more babies at a time when child care is inaccessible and prohibitively expensive was a fallacy. There has only ever been one occasion when Australia’s population has grown by more than 450,000 in a single calendar year, and that was back in 1971. How the government will “bust congestion” with a population growing at that rate over four years remains a mystery.

Scott Morrison has very carefully curated his ordinary Aussie dad routine. To quote another ordinary Aussie dad, The Castle’s Darryl Kerrigan, they must have been dreaming. Despite obviously being pie-in-the-sky stuff, that population growth dream underpinned the 2019 budget. The only reason that budget was able to forecast real economic growth climbing to 3 per cent a year for 10 years was because of the supporting projected population growth and the fantasy of productivity growth returning to 1.5 per cent a year. The only reason it could forecast the creation of 250,000 jobs a year for five years was because of the projected increase in net migration. The only reason it could forecast its headline-grabbing series of surpluses for the following 10 years was, again, because of the projected population growth. The 2019 budget was a duplicitous election document that Treasury should never have signed off on. It will forever be a stain on the department’s reputation. 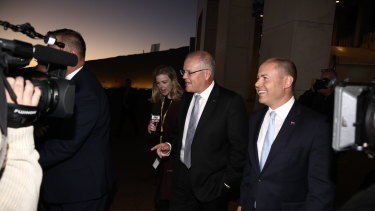 Prime Minister Scott Morrison and Treasurer Josh Frydenberg at post-budget interviews after the release of the 2019 budget. Credit:Dominic Lorrimer

We will never know how the Australian electorate might have voted in the election, held weeks later, had they been aware of the record population growth the government was projecting. Morrison spoke publicly, loudly and repeatedly about his decision to cut immigration and bust congestion during the election campaign. But he never mentioned the record levels of net migration and projected baby boom that his budget relied on.

In retrospect, the government may be able to explain away its valiant assumptions as a casualty of the COVID-19 recession. But that would be another falsehood. The population growth forecasts were a fantasy well before the pandemic. They were never going to eventuate. In 2019 itself, the forecast growth fell short by more than 80,000 people. [Australia’s population as of March 2021 is 25.7 million, according to the Australian Bureau of Statistics.]

COVID-19 has, of course, completely changed what Australia’s future path might otherwise have been, including in terms of population levels and our economic and budgetary positions. By 2023, Australia’s population is likely to be at least 1.24 million less than was forecast in the 2019 budget.

In the 2021 budget the Australian government has forecast a once-off sharp increase in real economic growth for 2021-22 of 4.25 per cent, and then 2.6 per cent growth for the balance of the next 40 years. This is based on an assumption that the movement of people within Australia will return to normal during 2021-22 – that is, very few lockdowns – and international borders will reopen from mid-2022. The 2021-22 forecast relies on a very significant 5.5 per cent boost in household consumption as well as record levels of fiscal and monetary stimulus.

The boost in economic growth and private consumption may be plausible given how far economic growth fell during the COVID-19 recession of the previous financial year, coupled with the large amounts of cash banked by well-off Australians (including the withdrawal of large amounts of superannuation) during a year spent saving in the face of economic uncertainty. But what of the years beyond that? 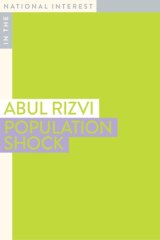 Because of the effects of compounding over many decades, even very small differences in forecast long-term annual real economic growth have very large impacts in terms of Australia’s standard of living and the sustainability of government budgets. In the past four releases of the Intergenerational Report, treasurers have forecast average real economic growth for the 2020s and beyond at significantly varying levels, and as a result very different outcomes for budget balances and government debt. Very small tweaks to forecast annual real economic growth can dramatically change the long-term outlook. The 10-year plan that Josh Frydenberg outlined in his “back in black” 2019 budget was optimistic for the 2020s. It forecast real economic growth averaging 3 per cent annually, and warp-speed population growth, including net migration averaging 268,000 a year. We don’t need Count von Count to tell us that these numbers are much much bigger than the ones that previously applied for exactly the same decade – although his cackle is indeed appropriate in these circumstances.

The experience of all major developed economies, as well as Australia’s, shows that once a country’s WAP (working age population) ratio has peaked, real economic growth, including per-capita growth, weakens. Here in Australia, our WAP ratio hit that peak in 2009, and as expected, growth has been slower than it was in the decades preceding the peak.

Given the global experience of population ageing, Treasury Secretary Steven Kennedy appears to have been successful in restraining Josh Frydenberg to a forecast of long-term real economic growth of 2.6 per cent a year. But even that more modest forecast is based on some heroic assumptions about population growth, participation and productivity. It is likely to be a compromise between the reality that Treasury can see and the political demands of the Treasurer.

A lower level of economic growth, as is likely to be Treasury’s real assessment, would of course mean even larger budget deficits and debt into the future, and the need for more urgent action.

This is an edited extract from Population Shock by Abul Rizvi, published on October 1 as part of Monash University Publishing’s In the National Interest series. Rizvi was a senior official in the Department of Immigration from the early 1990s and deputy secretary from 2005 to 2007.