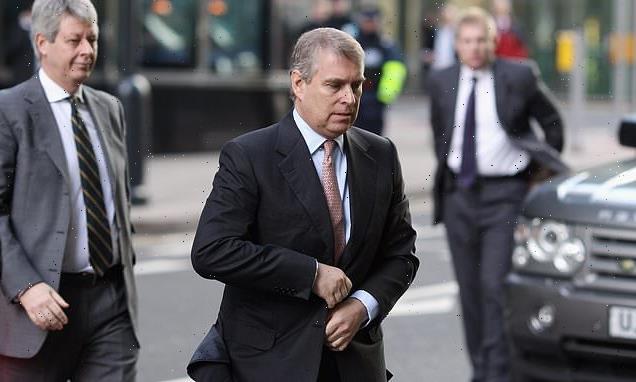 Prince Andrew may have to fund his own security after being stripped of his title, warns former head of royal protection

The Duke of York may eventually have to fund his own security, a former head of royal protection said last night.

Even after being restricted from his duties, Prince Andrew as a senior royal had been given round-the-clock Scotland Yard protection at an annual cost of £2million to the taxpayer.

A decision on whether to continue providing protection will be based on the threat level he faces, retired Chief Superintendent Dai Davies said.

‘Whether [or not] he continues to use his titles, he remains the Queen’s son,’ Mr Davies added. ‘Whether or not he is still afforded specialist protection will be based entirely around how serious intelligence suggests the threat level will be.’

Mr Davies, who led the Metropolitan Police’s royalty protection unit, explained: ‘If the threat level is low, then like junior royals and his own daughters he will have to fund protection himself.’

Princess Eugenie and Princess Beatrice received official protection until 2011 but now foot the bill themselves, probably with some help from their father.

The threat level is determined by Home Office advisers, the Queen’s private security and a specialist committee, Mr Davies said.

It is likely that, in the short term, Prince Andrew’s protection will continue, he added.

‘Clearly now he is open to all kinds of vilification given he is very much in the limelight and has been accused of some serious things, so they will have to be careful,’ Mr Davies said.

‘I think they will be very cautious until there has been a very thorough assessment and he will remain protected at least in the short term. There are very strong feelings about him at the moment and suggestions he did not tell the truth, so that threat is there.’

A spokesman from Scotland Yard said the force does not discuss matters of protection.

The full cost of royal security is kept from the public as Scotland Yard argues it would compromise safety. But it is believed to cost taxpayers well in excess of £125million a year.