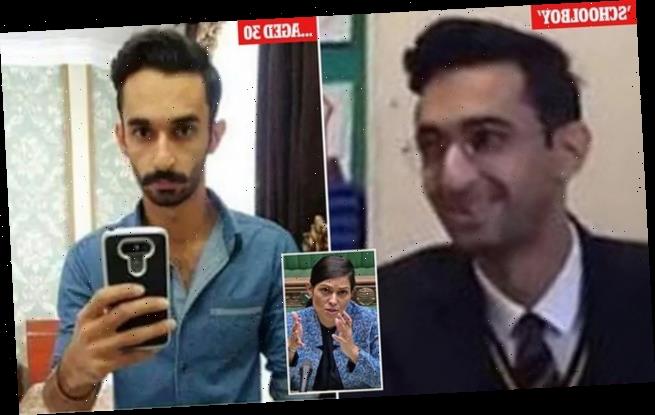 Asylum curbs on men who pose as pupils: Priti Patel plans sweeping changes after string of cases of adult refugees in schools

The Home Secretary is set to act after refugees – including a balding man who appeared to be in his 40s – ended up in schools because they said they were minors.

The most troubling case of a migrant lying about their age to enter Britain was the Parsons Green bomber.

Ahmed Hassan pretended to be 16 and posed as a ‘model asylum seeker’ before setting off a ‘Mother of Satan’ bomb on a Tube train, injuring 69 victims.

It is understood an independent age assessment body – and no longer local councils – will make decisions on asylum seekers who claim to be children. 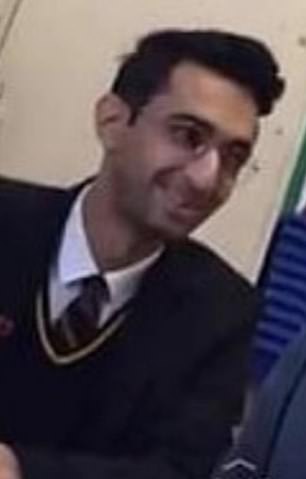 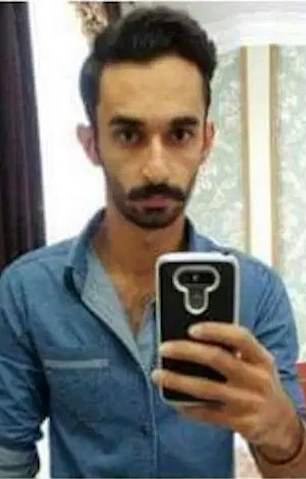 In 2018 a Home Office probe found an adult asylum seeker spent six weeks as a Year 11 pupil at Stoke High School in Ipswich. Siavash Shah (right), who is believed to be from Iran, was pictured on social media (left) by a fellow pupil who asked: ‘How’s there a 30-year-old man in our maths class?’

Asylum seekers are to be moved out of a controversial military barracks, it was announced yesterday, amid reports of plans for ‘reception centres’ to house Channel migrants.

Conditions at Penally Camp in Pembrokeshire, used as emergency accommodation since September, were slammed as ‘filthy’ and ‘run down’.

‘Simple, safe and secure’ purpose-built accommodation is to be used while claims are processed, a Home Office source said.

Anyone who ‘appears to be under 25’ has been treated as a minor while they go through an age verification process.

But new legislation will change this to anyone who ‘appears to be under 18’.

Home Office analysis shows that 55 per cent of asylum seekers who claimed to be children over the past five years proved to be over 18.

Of the 598 age disputes that were resolved last year 61 per cent were ruled to be adults.

The changes will be set out in full when borders legislation is published later this month.

Hassan’s real age remains unknown. But the judge who jailed the Iraqi for 34 years in 2018 said he was satisfied he was over 18 but probably no older than 21.

The Old Bailey was told he ‘cynically exploited to the full the generosity and naivety of the system’.

Other examples of apparent deception include a balding male who appeared to be in his 40s and was being taught in a Coventry school.

The unnamed asylum seeker, believed to be from The Gambia, was moved to solo lessons in December last year after parents complained.

In 2018 a Home Office probe found an adult asylum seeker spent six weeks as a Year 11 pupil at Stoke High School in Ipswich. 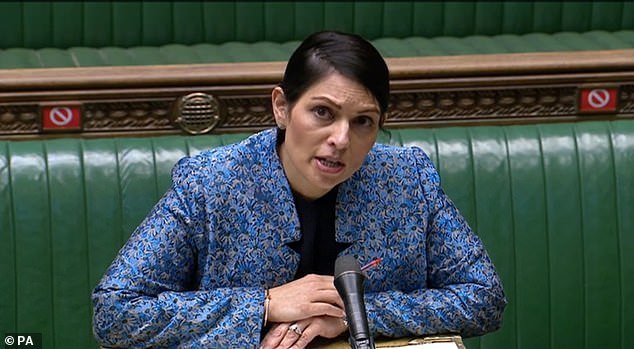 Siavash Shah, who is believed to be from Iran, was pictured on social media by a fellow pupil who asked: ‘How’s there a 30-year-old man in our maths class?’

Classmates shared old pictures from a Facebook account that appeared to belong to Mr Shah, showing him with a full beard, a hairy chest and swigging a beer.

A 2003 High Court test case set out rules governing how an asylum seeker’s age should be estimated by social workers.

Physical examinations are not permitted on ethical grounds. Instead, applicants are assessed on other factors such as language skills.