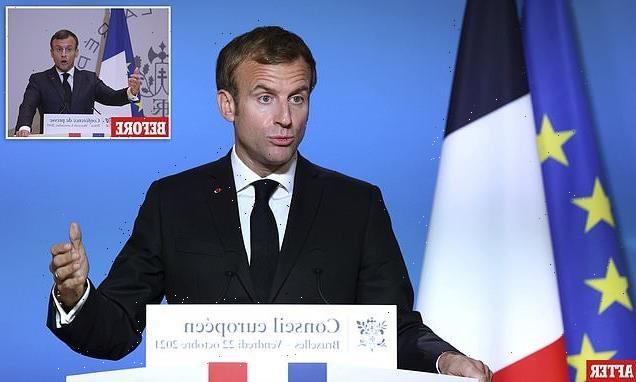 Sacre bleu! Macron quietly CHANGES the French flag without announcing it to the public – so can you tell what he has altered?

French president Emmanuel Macron has subtly changed the colour of the French flag, it has been revealed.

The change was confirmed by the Elysée and was changed last year in a bid to reconnect with the French flag of 1793 – a symbol of the French revolution, according to Europe 1. 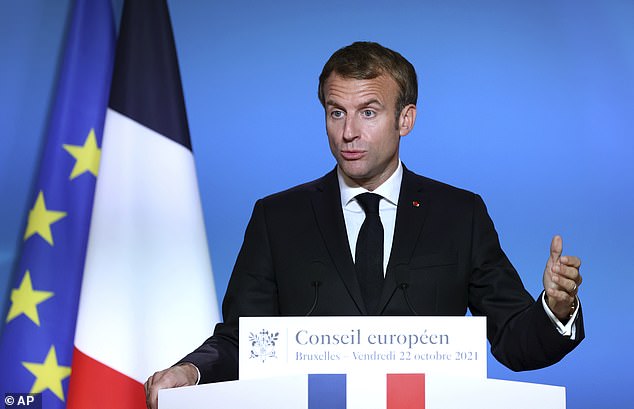 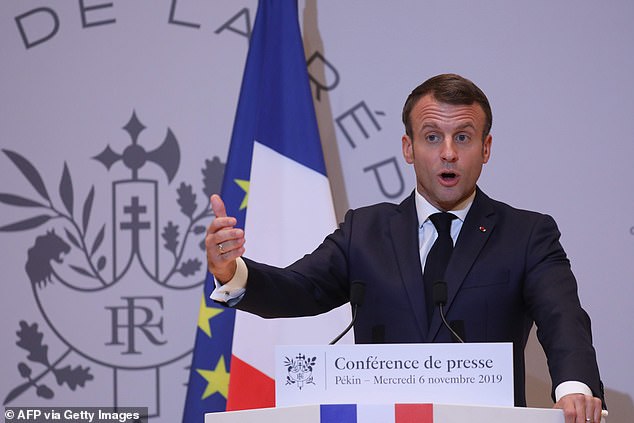 Before: The lighter shade of blue used previously used to match the shade used for the European Union flag

The decision was the subject of much debate within Macron’s government, the news outlet reports as some of officials considered the new colour ugly while Macron felt the darker shade was more elegant.

The new flag is on display at Government buildings across the capital including Elysée Palace and the National Assembly.

While the decision was made by Macron, it is understood Arnaud Jolens, his director of operations, who was behind the move.

The flag was first used in the 1790s during the French Revolution after the establishment of the first French Republic in 1792.

The republic implemented a series of radical changes under the Constitution of 1793 including a commitment to political democracy, universal manhood suffrage and equal application of the law to all. 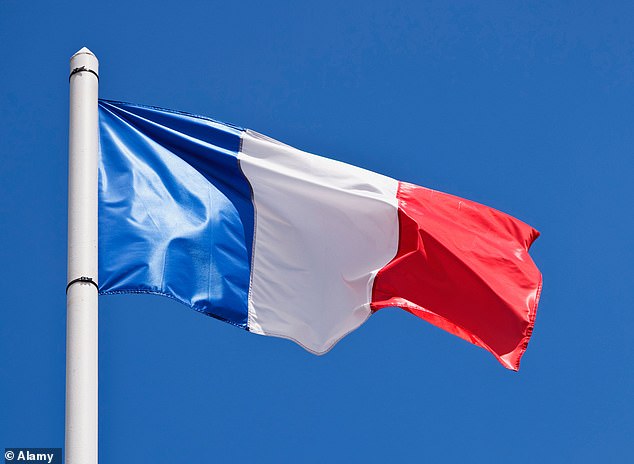 Pictured: The old flag features a lighter shade of blue along with the traditional red and white

The Tricolour, which was designed by Jacques-Louis David, was officially adopted as the national flag in 1794.

The lighter version of the flag was introduced in 1976 by President Valéry Giscard d’Estaing for use in televised governmental speeches.

According to Europe 1, this was so the flag did not clash when displayed with the flag of the European Union and so the same shade of blue was adopted.

Blue and red are the traditional colours of Paris and were used by the militia during the French Revolution.

After the formation of the republic, white was added to nationalise the symbol.