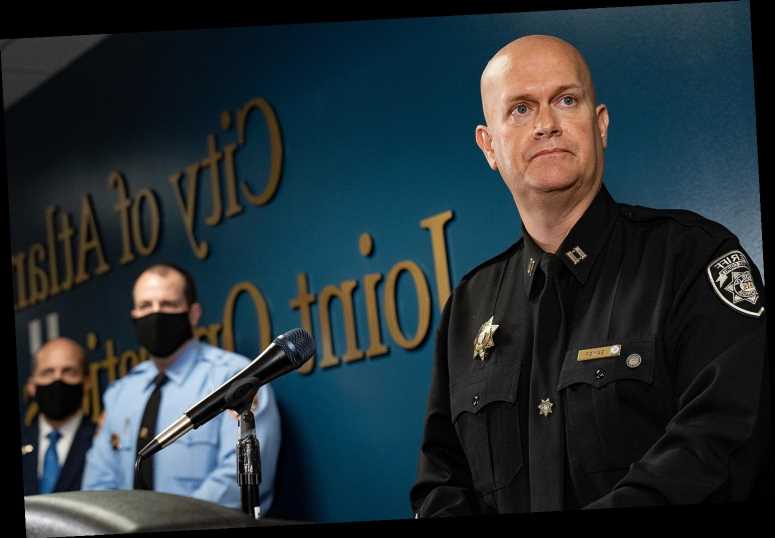 A Georgia sheriff's captain will no longer serve as the spokesman for the spa shooting case that left eight people dead at Atlanta-area spas.

"He was pretty much fed up and had been kind of at the end of his rope," Baker said on Wednesday. "Yesterday was a really bad day for him, and this is what he did."

The comments were widely criticized on social media, with critics alleging that Baker had callously minimized the murders. Hours after Baker's comments, the hashtag #ReallyBadDay began trending on Twitter, with more than 40,000 tweets.

Things got even worse for Baker after media outlets unearthed controversial comments that he made on Facebook last year. On March 30 and April 2 of 2020, Baker promoted sales of a T-shirt that referred to COVID-19 as an "imported virus from Chy-na."

"Place your order while they last," Captain Baker captioned one of the posts. The posts were on a personal Facebook account presumably maintained by Baker.

Now, Baker will no longer work on the case, authorities tell WSB-TV.

On Thursday, the sheriff's department issued a statement saying that they believe Baker didn't intend to show disrespect for the victims — but they told the station that Baker will no longer be the spokesperson for the case and that his supervisors are considering what his future looks like with the department.

Long faces eight counts of murder in Tuesday's shootings. He has not yet entered a plea. The killings have not been classified as hate crimes.