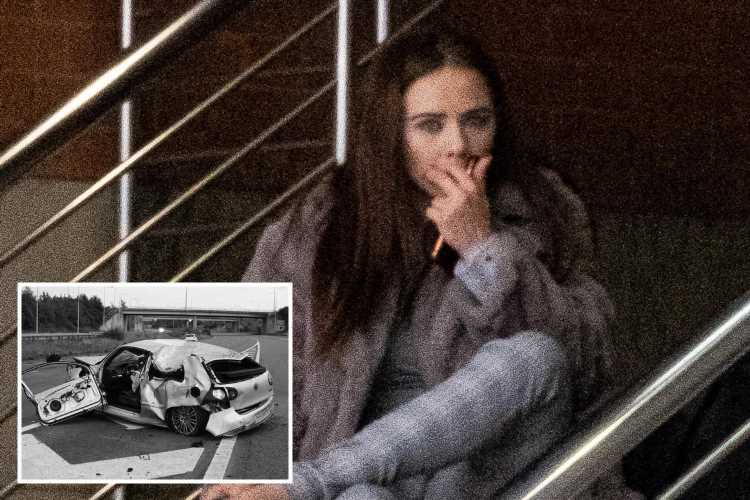 A STONED mum filmed herself on Snapchat speeding along the M60 at 88mph before ploughing her car into a barrier.

Crystal Ward, 27, drove her Volkswagen Golf in Trafford while recording herself on her phone. 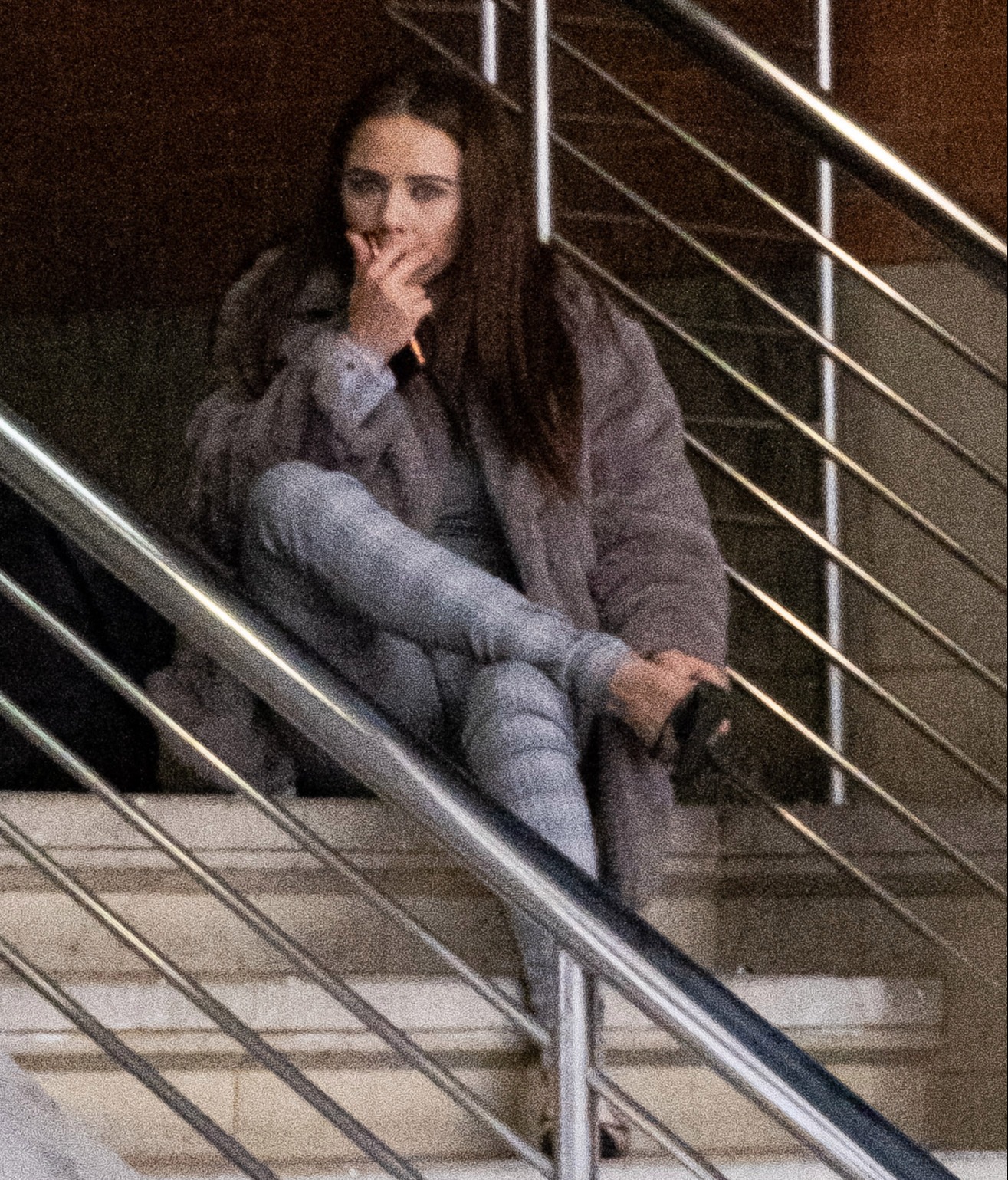 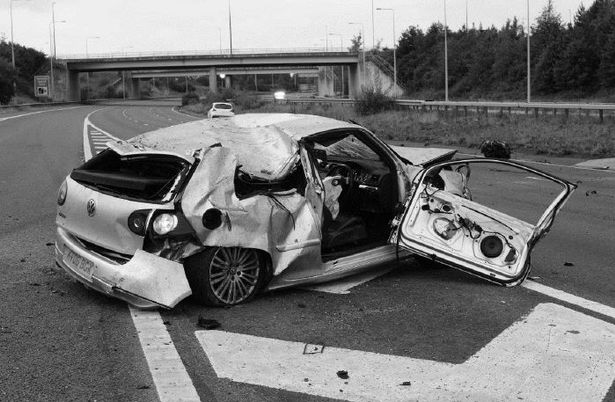 Just before the video cut off her partner said "babe" – and the car then drove onto the main carriageway.

Ward, from Bradford, then hit a barrier at high-speed, throwing her from the driver's seat and ripping the engine out of the car.

Another car then smashed into the engine but they managed to make a lucky escape with only a punctured tyre.

Ward's partner was trapped in the passenger seat of the car when cops arrived at the scene.

She pleaded guilty to drug driving, driving while disqualified and driving with no insurance.

Paramedics found her phone and handed it over to cops who found the Snapchat video.

The Crown said Ward showed a "deliberate disregard for the safety of others".

In sentencing, Recorder Jon Close said: "For an unknown reason you drove straight into that barrier and the impact saw the car be flown into the air and the engine came flying from the vehicle.

“It could have easily caused a fatality.”

She was given a year-long prison sentence suspended for two years.

She was banned from driving for five years and told to take a retest. 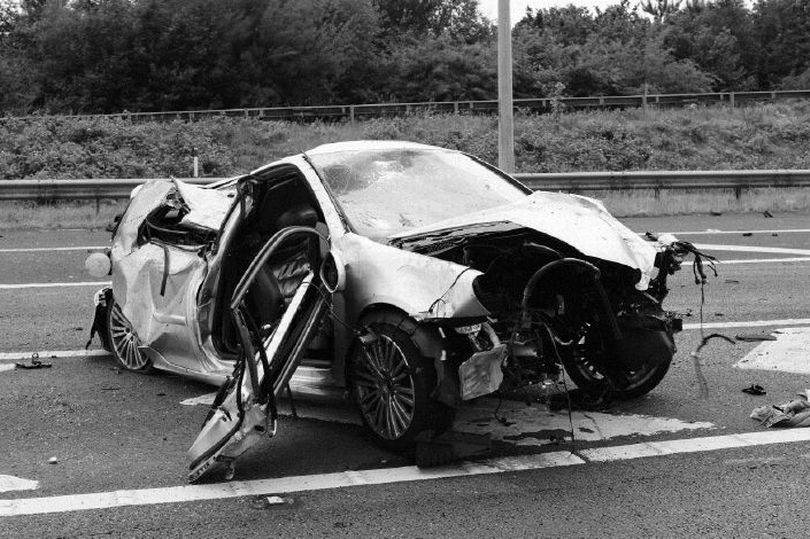 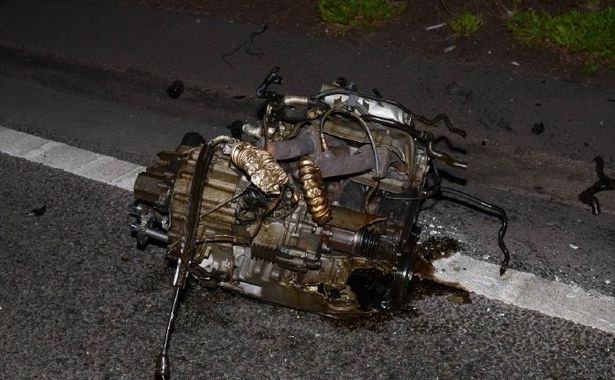