Some married couples may want to go their separate ways when filing their taxes this year to get the biggest tax benefit.

“Because of the different cutoffs for Economic Impact Payments (stimulus payments) as well as the expanded Child Tax Credit, some married couples are better off filing separately because they can actually get a larger benefit in doing so due to the pandemic relief provisions,” Erica York, Tax Foundation senior economist and research manager, recently told Yahoo Finance Live (video above). “It might make sense to — for one year— go married filing separately rather than married filing jointly.”

In many cases, it's better for married couples to file jointly because they cannot claim tax credits, like education credits and credits related to child care, if they file married filing separately. This tax season is different though, thanks to temporary tax relief and provisions under the American Rescue Plan passed in March 2021.

Generally, most married couples file taxes jointly, but for some couples, filing separately might help them avoid the so-called marriage penalty. 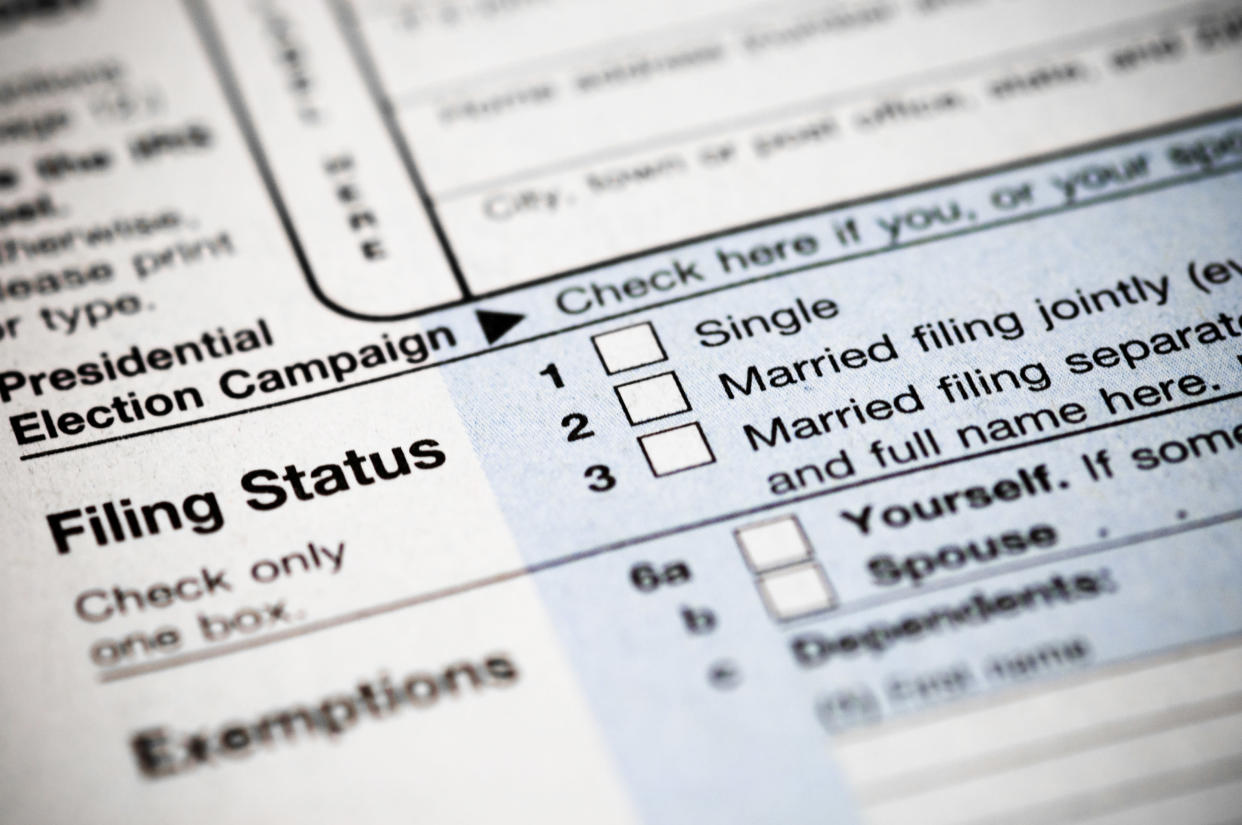 The marriage penalty isn’t new. In 1948 when Congress enacted the married filing jointly (MFJ) tax status, most women did not work and wives were stay-at-home mothers. That household dynamic based on a single wage earner in the household meant that married couples filing jointly would see a marriage bonus on their taxes.

When more women entered the workforce, married couples saw a marriage penalty and tax laws were changed to minimize the penalty, according to tax lawyer and professor Dorothy A. Brown.

“If you have very disparate levels of earnings, you're probably going to be better off as a joint filer and that's because the additional income from that second earner probably isn't going to tip you into the next highest bracket,” York said. “It's when you have two earners with similar income levels that you can get pushed up into a higher bracket and face higher tax rates on your combined income than you would if you filed single.”

Couples should calculate their taxes both ways to see if filing jointly or separately benefits them.

Ronda is a personal finance senior reporter for Yahoo Money and attorney with experience in law, insurance, education, and government. Follow her on Twitter @writesronda