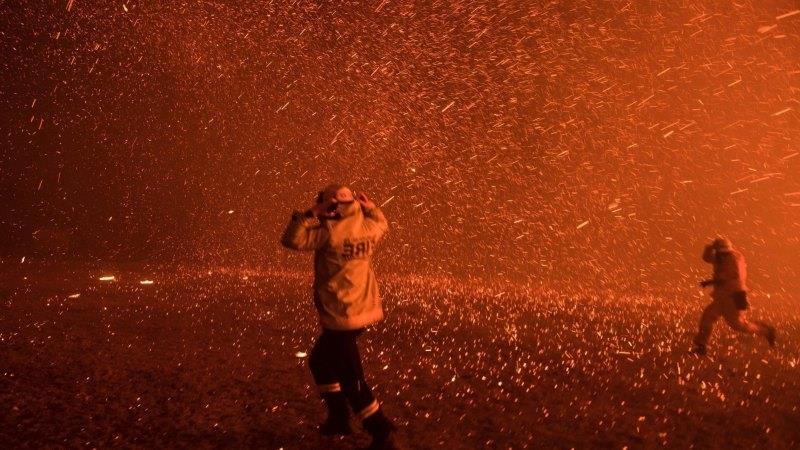 As many as 130,000 people across four states and the ACT will receive a National Emergency Medal for their service during the extreme 2019-20 bushfire season, with nominations to remain open for additional recipients.

The award honours “sustained service” in a nationally-significant emergency, and will mark the fifth such event since the medal was first awarded after Victoria’s 2009 Black Saturday bushfires. The other three occasions were related to floods and cyclones. 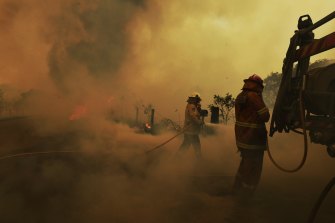 Rural Fire Service volunteers at the Hillville fire in November 2019. Many volunteers will get a National Emergency Medal for service during the huge fire season in 2019-20.Credit:Nick Moir

However, the criterion for the medal has stirred some objections, with at least one group representing volunteers worried that people who put their lives on the line may miss out on recognition because some of their service wasn’t counted.

Governor-General David Hurley will host a ceremony on May 13 at Government House in Canberra to present medals to families of service personnel who lost their lives volunteering or working to protect their communities during the bushfires, a spokesman for the Honours and Awards Secretariat said.

“It is anticipated that approximately 130,000 who served our community will be eligible for the NEM – either because they provided sustained or significant service during the emergency,” he said.

Last September the NSW government issued some 65,000 citations for service during the fires.

Other jurisdictions eligible for the medal include Victoria, South Australia, Queensland and the ACT, with the dates varying between September 2019 and February 2020. As many as 36,000 members of the NSW Rural Fire Service, or almost half its total volunteers, may be eligible having served at least five days during the season.

Fire and Rescue NSW said it was finalising nominations and expects its firefighters “to feature strongly in the final number of medals issued”, a spokesperson said.

Jon Russell, a spokesman for the Volunteer Fire Fighters Association representing members in NSW, said one member of his own brigade from Cottage Point in Sydney’s Northern Beaches could miss out because he was on standby for one day after working four days in very dangerous conditions. 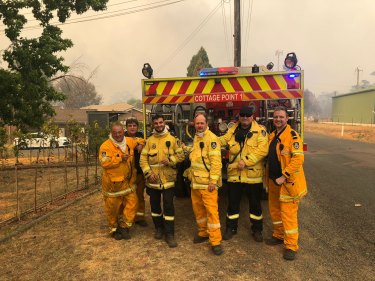 Jon Russell, (second from left, in blue shirt), a captain of the Cottage Point RFS brigade, says at least one member of his crew could be ineligible for the National Emergency Medal despite active and dangerous service during the 2019-20 bushfire season.

On December 19, 2019, the crew were close to being caught in a huge fireball at Buxton.

“There’ll be many others out there who will miss out [on a medal] by a day,” Mr Russell said. “There needs to be a degree of flexibility and understanding … We did think it was going to be the last day of our lives.”

The spokesman for the Honours and Awards Secretariat, though, said there was no cut-off time for submissions and he encouraged people to consider applying even if they may not meet all the conditions.

“While eligibility requirements must be met, in general the significant service eligibility criteria could provide a mechanism for individuals who do not meet the criteria for sustained service but who made an extraordinary contribution to still be recognised,” he said.