Big pieces of the landmark Inflation Reduction Act that President Biden signed into law four and a half months ago are set to come online in 2023.

On Jan. 1, an array of the law’s provisions will touch many corners of American life from the costs of prescription drug costs and a new corporate minimum tax to a host of new tax credits as part of Washington’s biggest attempt to turn the tide on climate change.

“We’re just getting started,” President Biden recently said in a speech, which previewed some of the changes, adding that the effects will be felt “from healthcare to clean energy.”

Here are some of the key provisions in the law set to take effect.

The soon-to-be implemented changes include a new inflation cap that limits how much drug manufacturers can change the price of prescription drugs and new rules that insure that people enrolled in a Medicare prescription drug plan don’t pay more than $35 for a month’s supply of insulin.

The law also will allow many Medicare Part D beneficiaries to receive vaccines for $0 in the new year.

These changes are often discussed by President Biden who earlier this month said “it’s real savings to people, and it’s just about to kick in.” 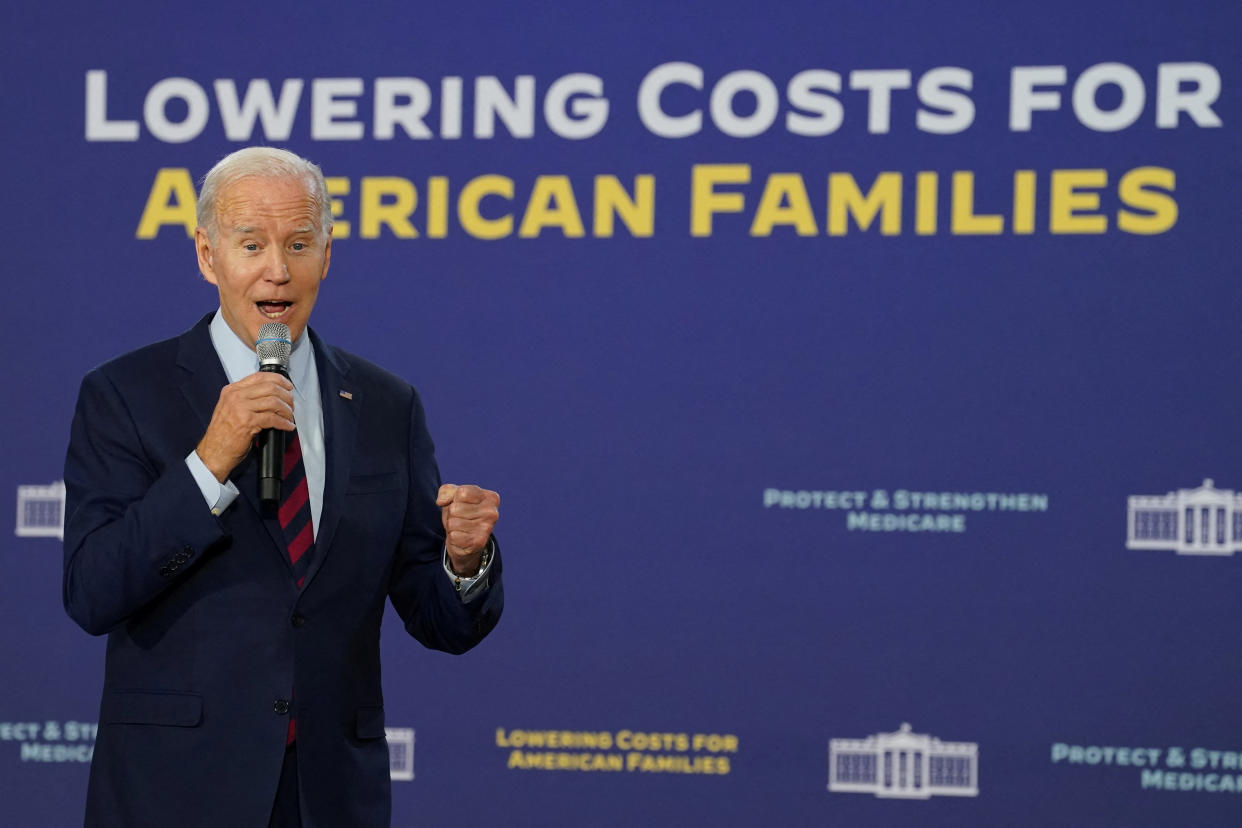 Another key provision of the bill allows Medicare to negotiate for prescription drug prices beginning in 2023. The previous law prohibited Medicare from intervening in the talks between drug makers and health plan sponsors. While these changes are projected to save Medicare nearly $100 billion over the coming decade, the effects of the renegotiated prices aren’t expected to be felt by seniors until 2026.

During a recent Yahoo Finance Live appearance, Chris Meekins, a Raymond James health care policy analyst, noted that the actions in total represent “the most aggressive action in a generation against the pharmaceutical industry related to regulating drug pricing.” But he added that some of the effects will be felt most strongly within the Medicare system and may have a more limited impact on the sector as a whole.

For example, the new law doesn’t change the price of a new drug at launch so “when a drug is first coming on the market, they can do whatever they want,” Meekins noted about the companies.

Two big changes to the tax code for corporations

The law also has two big changes to the tax code that will affect businesses in 2023.

First, a new 15% corporate minimum tax on corporations with book income above $1 billion takes effect and will set a new floor for many of America’s biggest businesses when it comes to tax time.

Congress’s Joint Committee on Taxation reported in early August that about 150 companies could see their tax situation change as a result of the new rules. But the final tally may be less after last-minute changes were made to the bill to include some exceptions for manufacturers.

A another analysis by University of North Carolina Business Professor Jeffrey Hoopes found that the revised law is likely to hit companies like Amazon (AMZN), Berkshire Hathaway (BRK-A), Ford (F), AT&T (T), and eBay (EBAY) the hardest based on what they paid in 2021.

“It's going to target companies who have a lot of financial accounting income, but pay relatively little in tax,” he said. Amazon infamously paid $0 in taxes in both 2017 and 2018 even while making billions in profits thanks to a host of tax credits, loopholes, and exemptions. 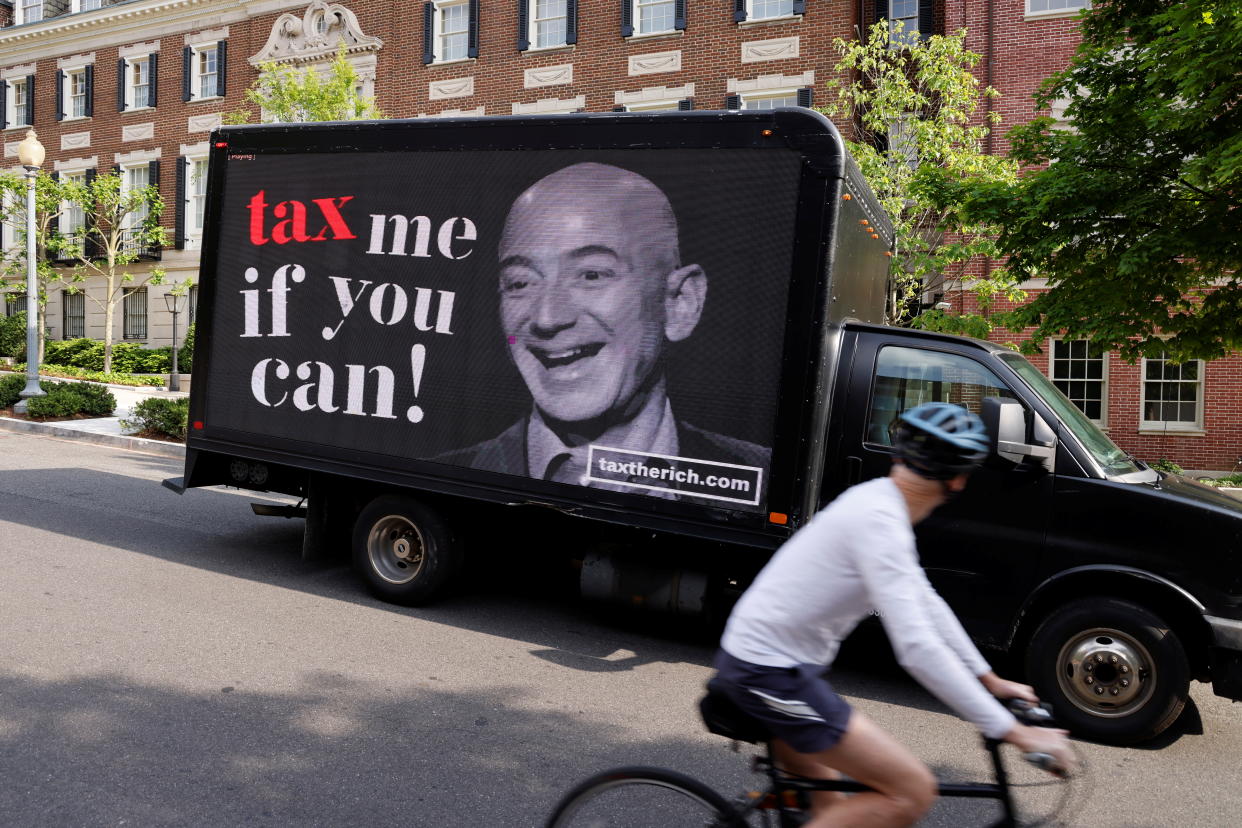 Also going into effect for 2023 is a new 1% excise tax on stock buybacks. The non-deductible tax will cover stock that is repurchased by a corporation or by certain corporate affiliates and will cover transactions from Jan. 1 onwards.

The IRS released new guidance this week around both the alternative minimum tax and the excise tax outlining more details about how it works and — in the case of the minimum tax — how companies can know if they are included. The two new taxes are projected to raise about $296 billion over the coming decade to pay for other parts of the massive new law.

Former U.S. Senator Byron Dorgan (D-ND) predicted in a Yahoo Finance Live interview this week of the tax change that “corporations will say that there’s a significant problem with them, but I don’t think there’s a significant problem honestly.” He added that taxes like the corporate minimum tax are needed to prevent companies from skipping out entirely on their tax bill.

An array of new tax credits for clean energy

A third headline provision of the law taking effect this weekend will impact the clean energy economy. An array of tax credits will be available in the new year, especially for Americans looking to decrease their home’s climate impact.

A new credit for 2023 offers households up to 30% to cover the costs of certain energy-efficient improvements like upgrading a home’s weatherization or buying new appliances like a heat pump. 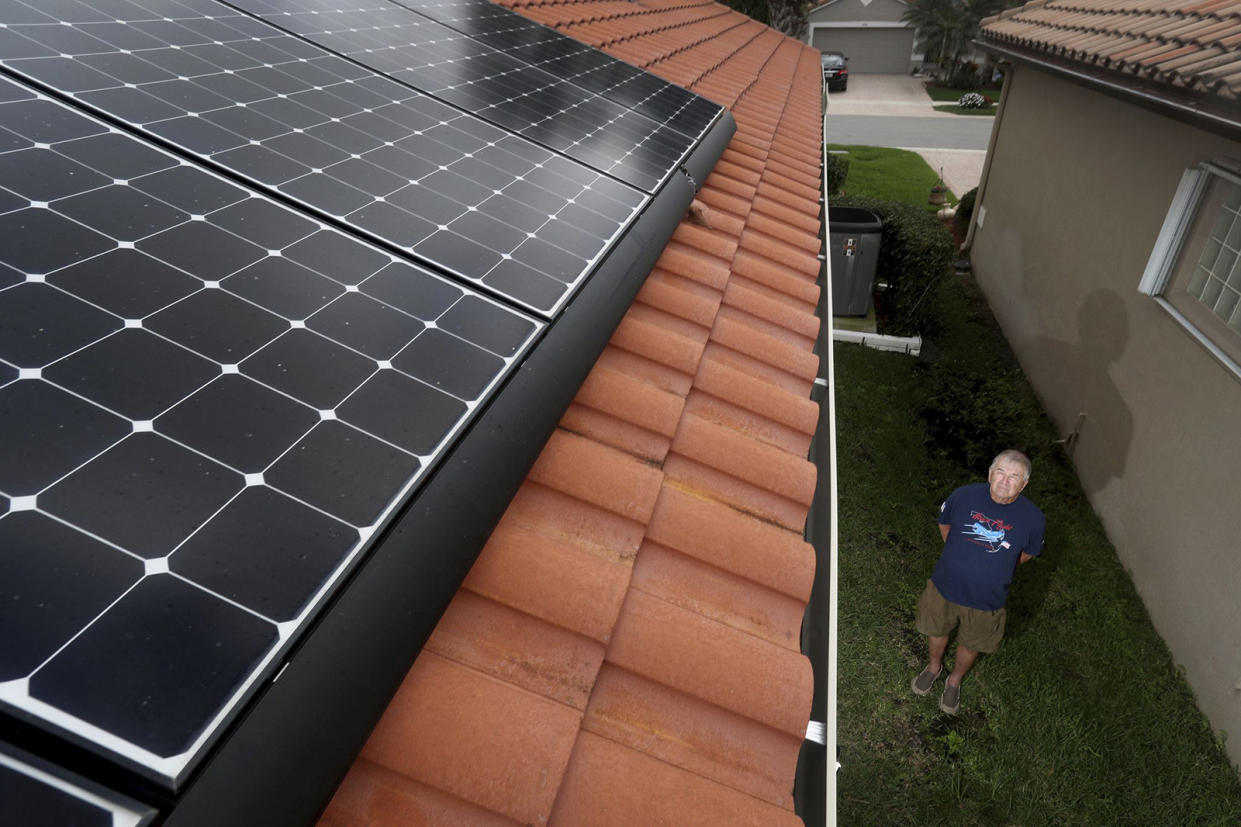 There are also changes coming around the tax credits available for clean vehicles. Many households will be able to receive a $7,500 tax credit in 2023 when they purchase a new electric vehicle and $4,000 when purchasing a used EV.

But there remains some confusion over how the credit will be applied in 2023 because of rules around if the vehicle was assembled in North America and where the materials for the battery came from. The IRS released new guidance this week, including a list of vehicles that are expected to qualify for the credit on Jan. 1.

The bill also includes tax credits around the production of electricity from renewable sources, the building of new renewable energy projects, the domestic manufacturing of clean energy components, and the development of alternative fuels — all of which come online Jan. 1.

All told, the act "includes some two dozen tax provisions that will save families money on their energy bills and accelerate the deployment of clean energy, clean vehicles, clean buildings, and clean manufacturing" wrote John Podesta, Biden's senior advisor for clean energy innovation and implementation, in a recently published guidebook of the plan's various investments.

Ben Werschkul is a Washington correspondent for Yahoo Finance.

Read the latest financial and business news from Yahoo Finance