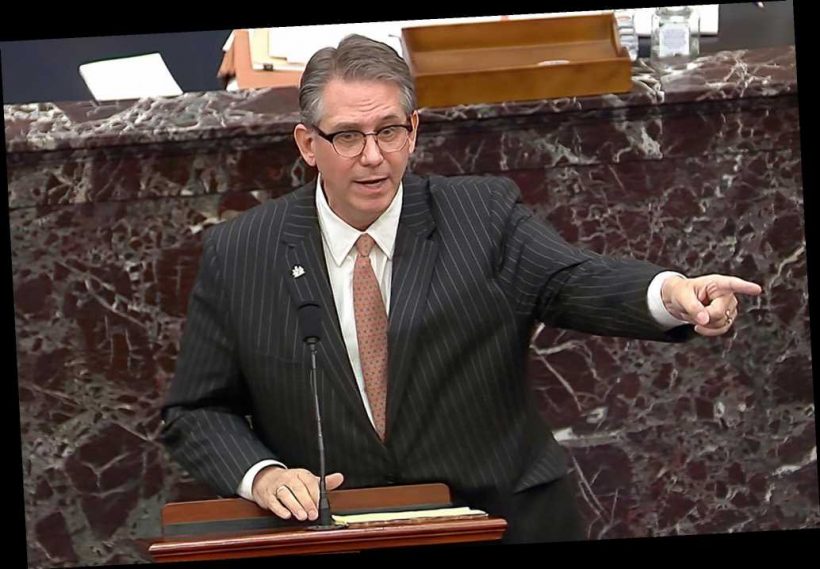 ‘I have a job’: Biden says he will not watch Trump impeachment trial

Trump impeachment trial: Schedule, time, and how to watch

Former President Donald Trump’s lead impeachment lawyer warned Tuesday that “the floodgates will open” if the Senate convicts Trump of inciting the deadly storming of the Capitol by his supporters.

During arguments on Day One of Trump’s second impeachment trial, defense lawyer Bruce Castor said countless former government officials could be subjected to impeachment proceedings should House Democrats, led by US Rep. Jamie Raskin (D-Md.), prevail against the ex-president.

“If you go down the road Mr. Raskin asks you to go down, the floodgates will open,” Castor told the Senate.

“The political pendulum will shift one day. This chamber and the chamber across the way will change one day and partisan impeachments will become commonplace.”

Castor suggested politicians could wind up being elected to Congress by campaigning on the promise of impeaching controversial government figures, specifically mentioning former Attorney General Eric Holder and the botched “Fast and Furious” gun-running probe.

In response to Democratic attacks on Trump’s claim that he can’t be tried because he’s no longer in office, Castor also said “the idea of January amnesty is nonsense.”

If Trump actually played a role in the Jan. 6 Capitol riot, Castor said, “after he’s out of office, you go and arrest him.”

“The Department of Justice does know what to do with such people,” he said.

Castor further accused House Democrats of having purely political motives for impeaching Trump on Jan. 13, a week before he was replaced in office by President Biden.

“The majority of the House of Representatives does not want to face Donald Trump as a political rival in the future. That’s the real reason we’re here.”