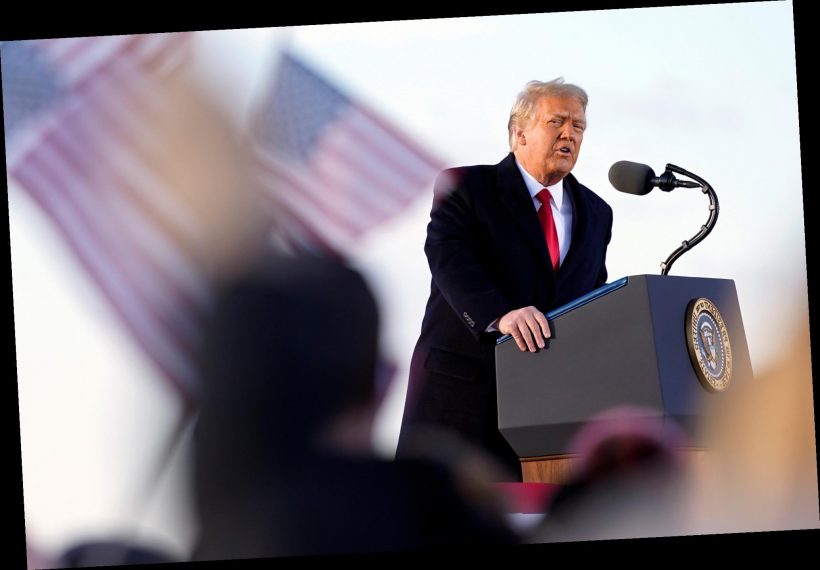 Joe Exotic, with limo waiting outside prison, fails to get a pardon

​President Trump​ told a crowd of supporters at Joint Base Andrews that he will return in “some form,” alluding that he will stay involved in politics as his presidency comes to an end.

“I wish the new administration great luck and great success​.​ Goodbye. We love you. We will be back in some form​,” Trump said in his farewell address Wednesday to a group of supporters, administration officials and family members. ​

He made the comments as he and first lady Melania Trump prepared to board Air Force One for the trip to his post-presidential home at his Palm Beach Mar-a-Lago resort.

President-elect Joe Biden will be sworn in during a ceremony at the Capitol at noon.

Trump, according to reports, began mulling staging another presidential run in 2024 soon after he lost the 2020 presidential election to Biden.

The first one-term president since George H.W. Bush, Trump hinted about running for office at a White House holiday party in December when he was still contesting the election results that showed Biden the winner.

“It’s been an amazing four years,” the president told the crowd that included many Republican National Committee members. “We’re trying to do another four years. Otherwise, I’ll see you in four years.”

Trump has already laid the groundwork for a reemergence on the national stage with the creation of a leadership PAC called “Save America,” that he could use as a war chest to dole out donations to Republican candidates to continue his influence on the party.

He has also continued to haul in donations to his campaign fund, raising more than $200 million since Election Day.

Still, he would face a number of Republican contenders in four years, including Sen. Josh Hawley of Missouri and Sen. Ted Cruz of Texas.​

Former South Carolina Gov. Nikki Haley, who served as Trump’s ambassador to the UN and has strong support among DC Republican circles, could also mount a campaign. ​​

But a poll released in November shortly after the election shows Trump would be likely to win the nomination in 2024.

​​He has 53 percent of support ​for a White House run, compared to 12 percent for Vice President Mike Pence, and 8 percent for his son, Donald Trump Jr., according to a Politico and Morning Consult poll.

Haley had the support of 4 percent of the respondents as did Cruz.

Hawley ​only managed 1 percent of support.