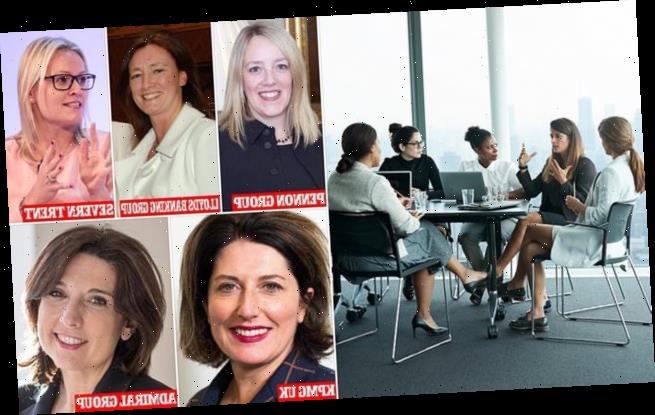 Women now hold more than a third of board positions in the UK’s 350 largest companies after a 50% surge in five years, a new report has revealed. .

The final report from the Hampton-Alexander Review revealed that the number of women on FTSE boards has jumped to 1,026 – up from 682 in 2015.

There are also no all-male boards, against 15 in 2015, in another milestone for the review, which was launched in 2016 with the aim of increasing female representation at the top of business.

But the review’s chair Sir Philip Hampton called for further progress on increasing the number of women in top executive roles, with men still firmly dominating the ranks. 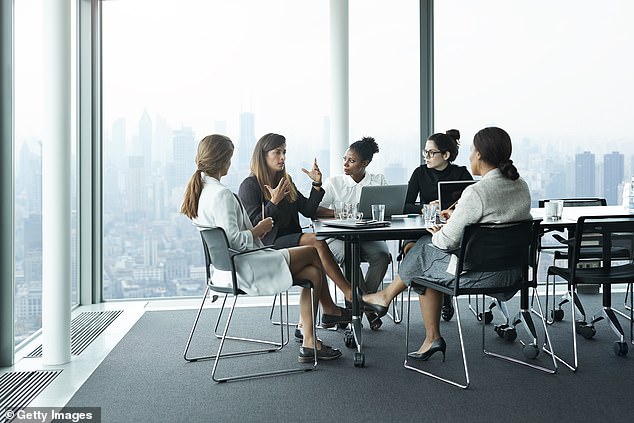 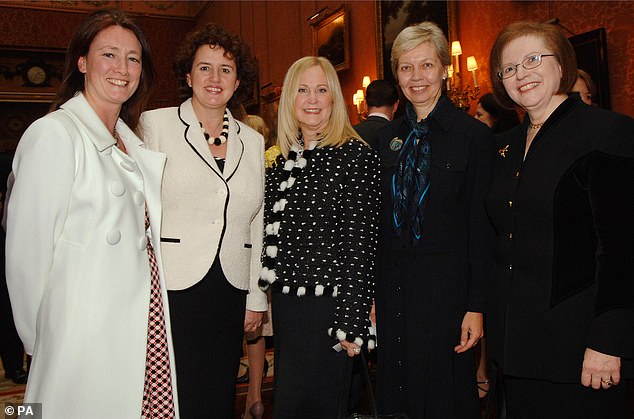 Sir Philip said: ‘There’s been excellent progress for women leaders in business over the last 10 years or more, with boards and shareholders determined to see change.

‘The progress has been strongest with non-executive positions on boards, but the coming years should see many more women taking top executive roles.

‘That’s what is needed to sustain the changes made.’

The report said that ‘significant progress remains to be made on the highest executive roles, such as CEO, and the review will reflect on these findings in order to chart a way forward’.

‘All businesses should be pushing themselves to move beyond tokenism, and ensure even more women are getting into the highest ranks,’ according to the review.

Of those with a solid representation of women leaders, it found high street chain Next was the best performer with 53.8%, followed by luxury fashion house Burberry with 50.4% and drug giant AstraZeneca in third place with 42.9%.

The report also said that for the first time, two FTSE 100 Index firms now have more women represented on their board than men – Guinness drinks group Diageo with 60% and Severn Trent Plc with 55.6%.

Four firms in the FTSE 350 have women in the post of chief executive and chair – insurers Admiral Group and Direct Line Insurance Group, as well as water firms Pennon Group and Severn Trent. 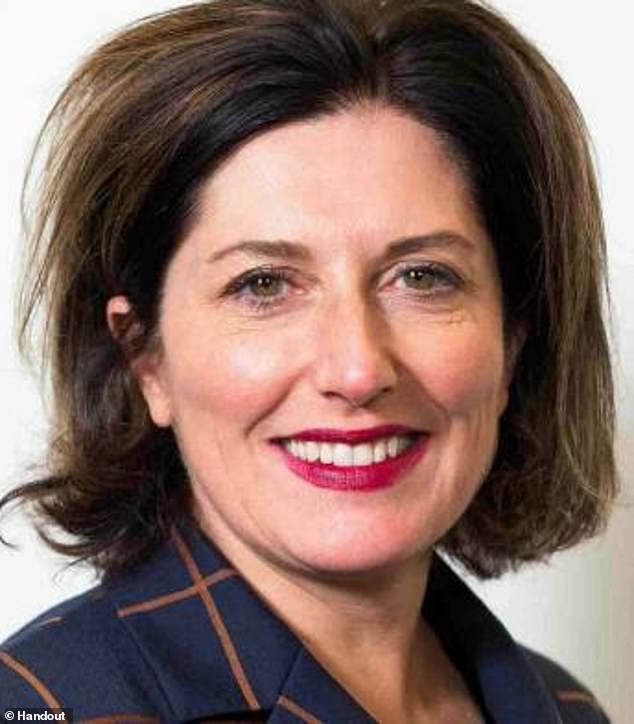 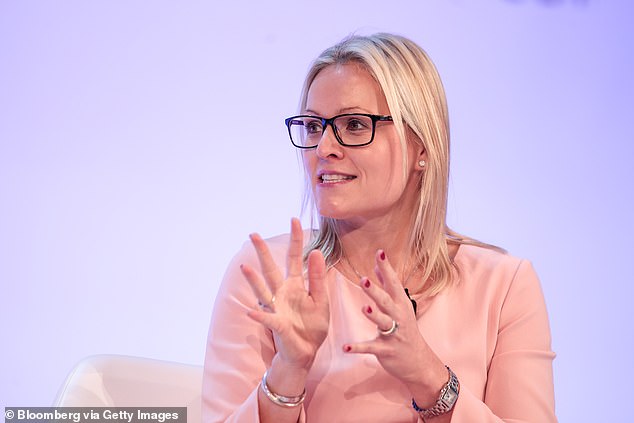 Liv Garfield, chief executive officer of Severn Trent Plc, speaks at the Confederation of British Industry in 2018. She is one of 1,026 women in senior board roles

‘Thankfully the representation of women on boards and in leadership positions has significantly improved in recent years, with this review having played a critical role in realising that.

‘Achieving the review’s 33% target at boardroom level marks great progress, but it’s vital we have a strong pipeline of female talent rising the ranks.

‘While women now make up nearly a third of wider senior leadership roles, structural and cultural barriers still exist for women, as well as other underrepresented groups.

‘Our collective efforts to truly eradicate those barriers and create an inclusive leadership culture doesn’t stop here, this is where it intensifies.’ 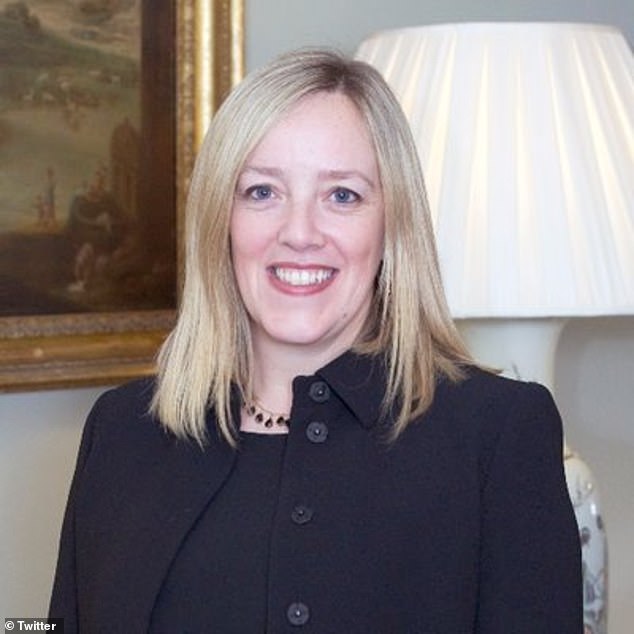 Susan Davy, CEO of Pennon, one of four FTSE companies to have a female chair and CEO 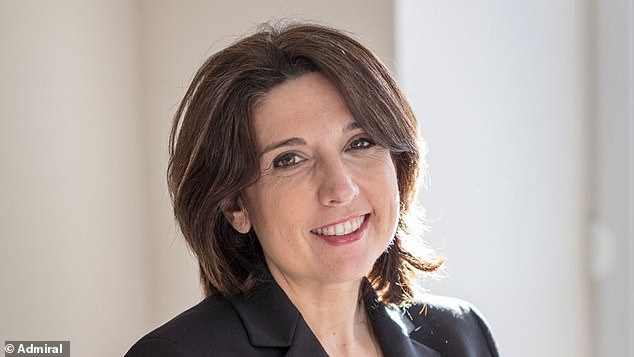 Milena Mondini is the CEO of Admiral, another firm that has both a female CEO and Chair

‘The framework of voluntary targets, annual reporting and availability of data has been a real strength of the Review as evidenced by the significant progress across UK business.

‘This is hugely encouraging and I hope that the momentum created will continue at what is a crucial inflexion point for gender equality.’

The Minister for Women, Baroness Berridge, said: ‘I want to thank all those companies that have shared their best methods of retaining and promoting talented women in their workforce.

‘Getting women into senior positions can be vital for a company’s success, and we want to see more of it as part of the UK’s COVID-19 recovery.

‘It also makes good business sense, with companies in the top 25% for gender diversity on their executive teams also 25% more likely to have above-average profitability.’

Business Secretary Kwasi Kwarteng said: ‘FTSE companies have made incredible progress in recent years, but we cannot become complacent in building a society where everyone has an opportunity to get on and succeed.

‘As we look to build back better from the pandemic, it’s important businesses keep challenging themselves to use all the talents of our workforce and open up the top ranks for more, highly-accomplished women.’