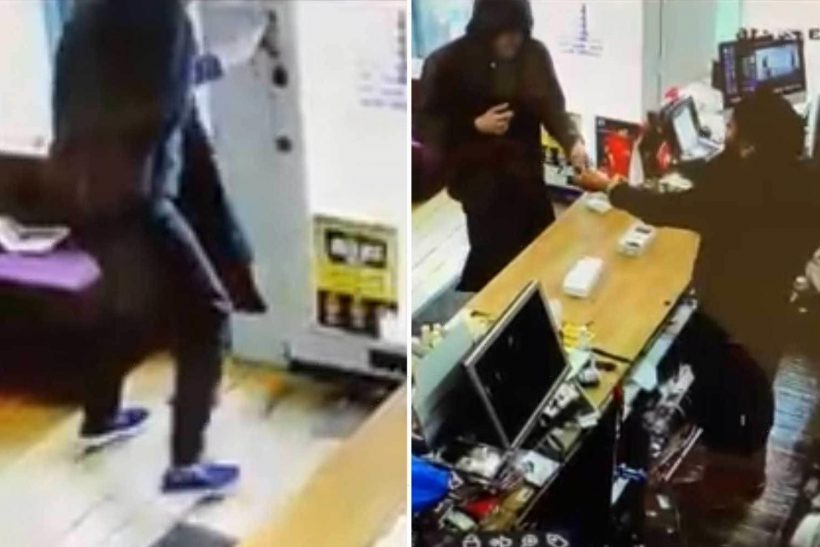 THE WORLD’S worst thief was forced to had back a stolen iphone after he tried to flee – but the shop’s door was locked. 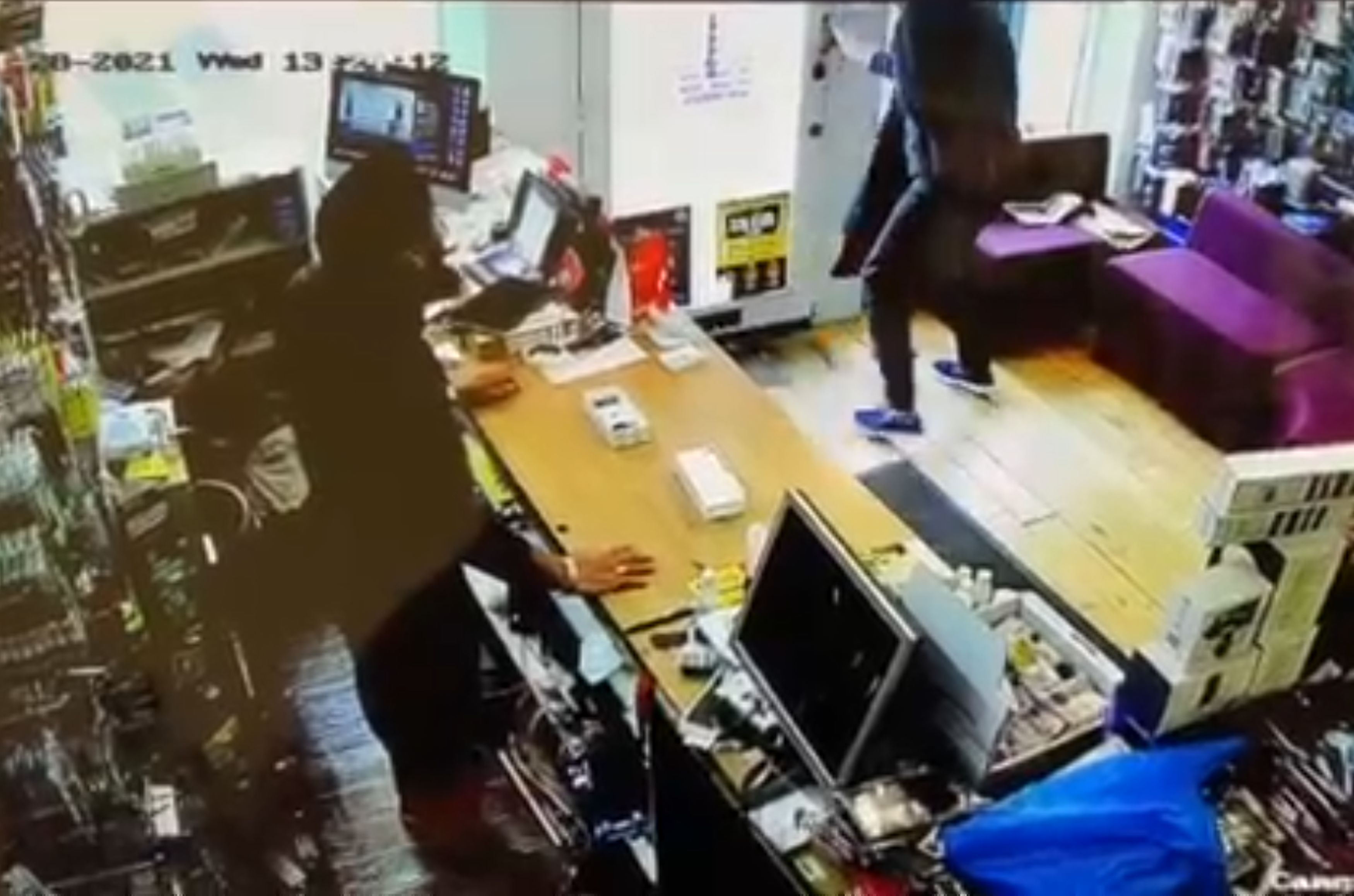 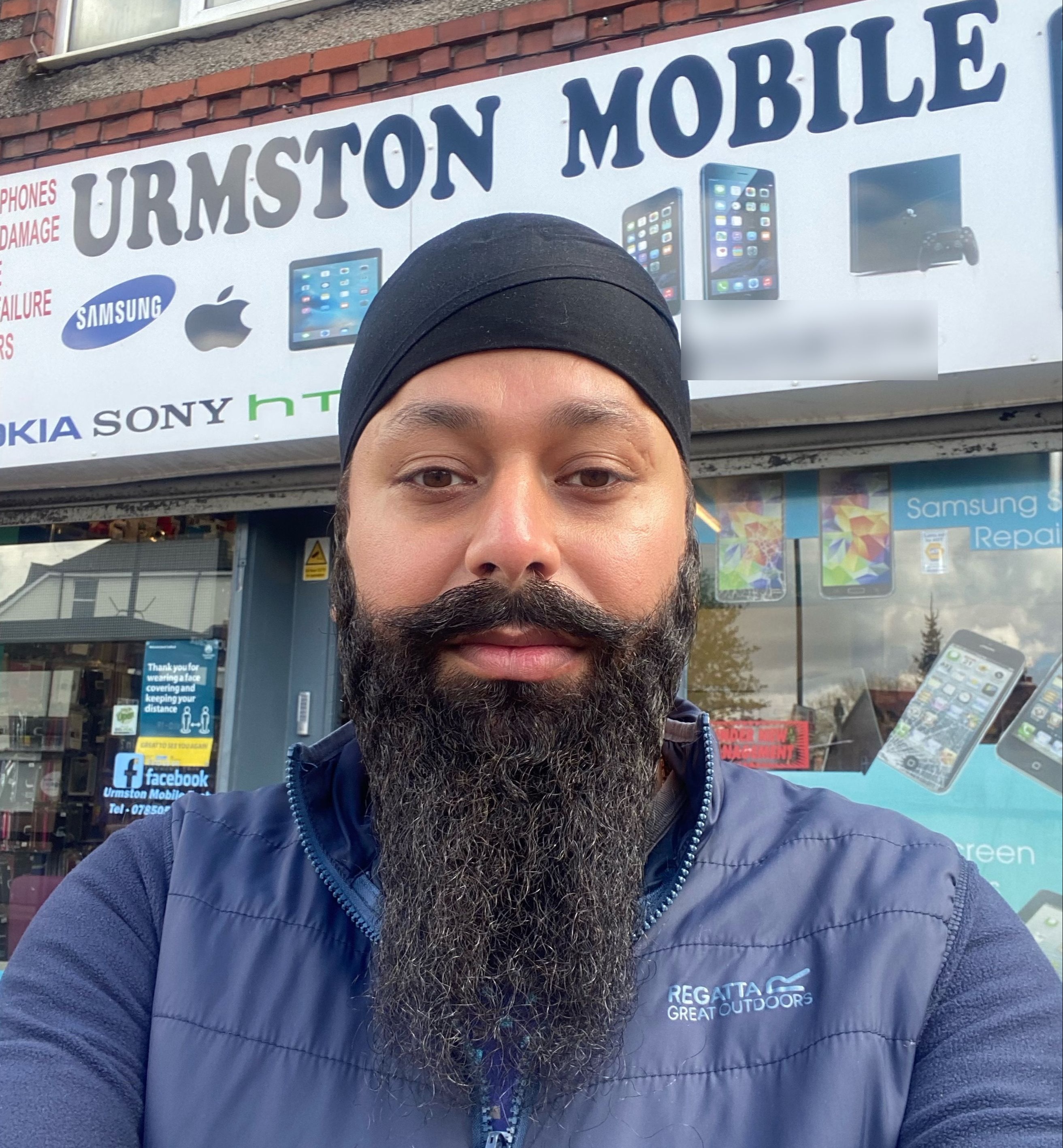 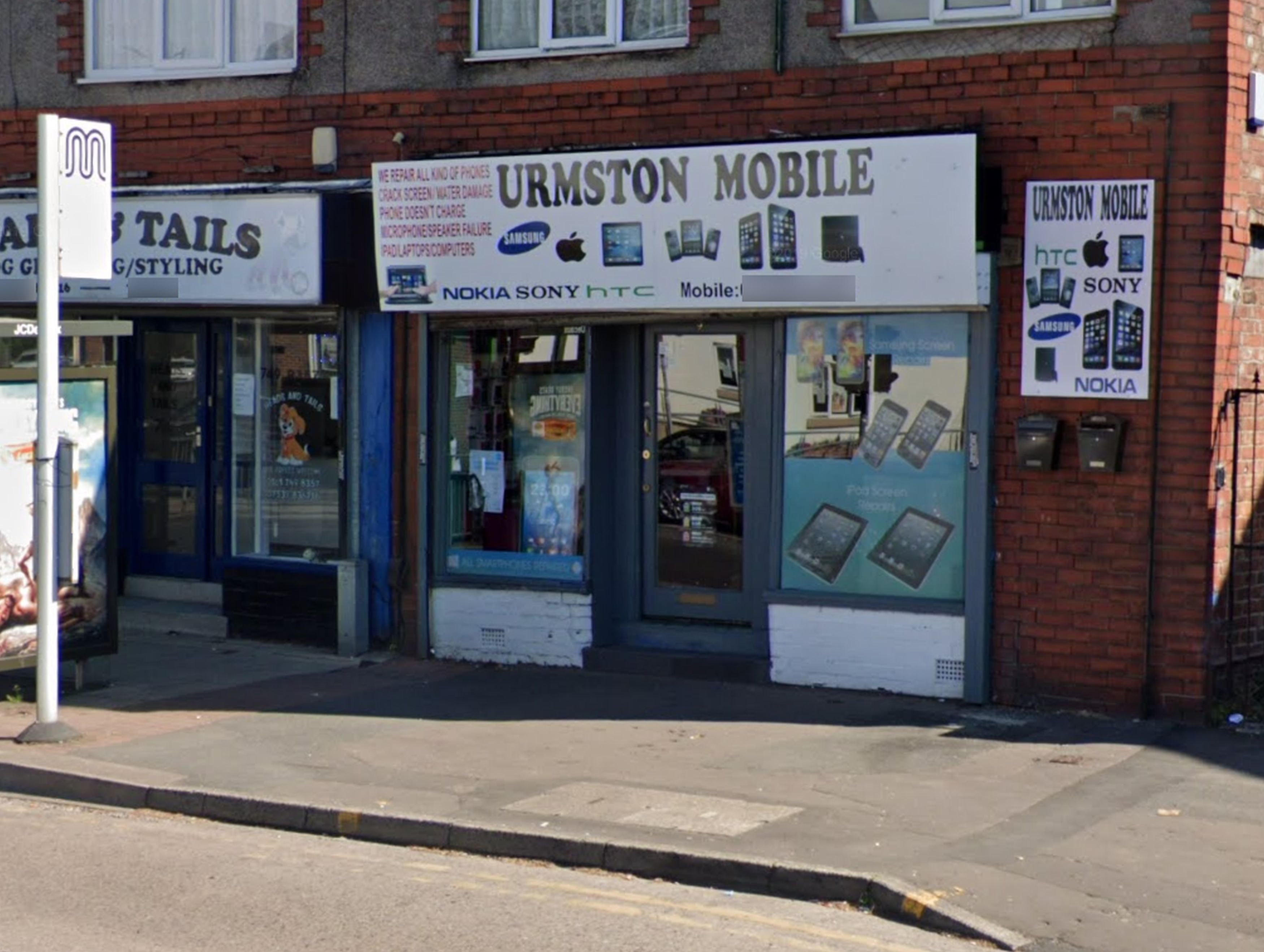 When the 35-year-old explained he didn't have it in stock, he then offered a Samsung A21S, but after the customer asked to hold the device, he spun on his heels the moment he got hold of it and tried to rush out of the door.

However hilarious footage shows the hooded bloke grab the door handle to discover he is trapped inside by an electronic lock, forcing him to sheepishly return the phone to his intended victim.

In a further blow, the would-be thief was forced to stand and wait for his bus directly outside the shop, while Manmeet watched on in amusement – even going outside to take photos of him.

Manmeet, from Partington, Greater Manchester, said: "He was the worst thief ever. 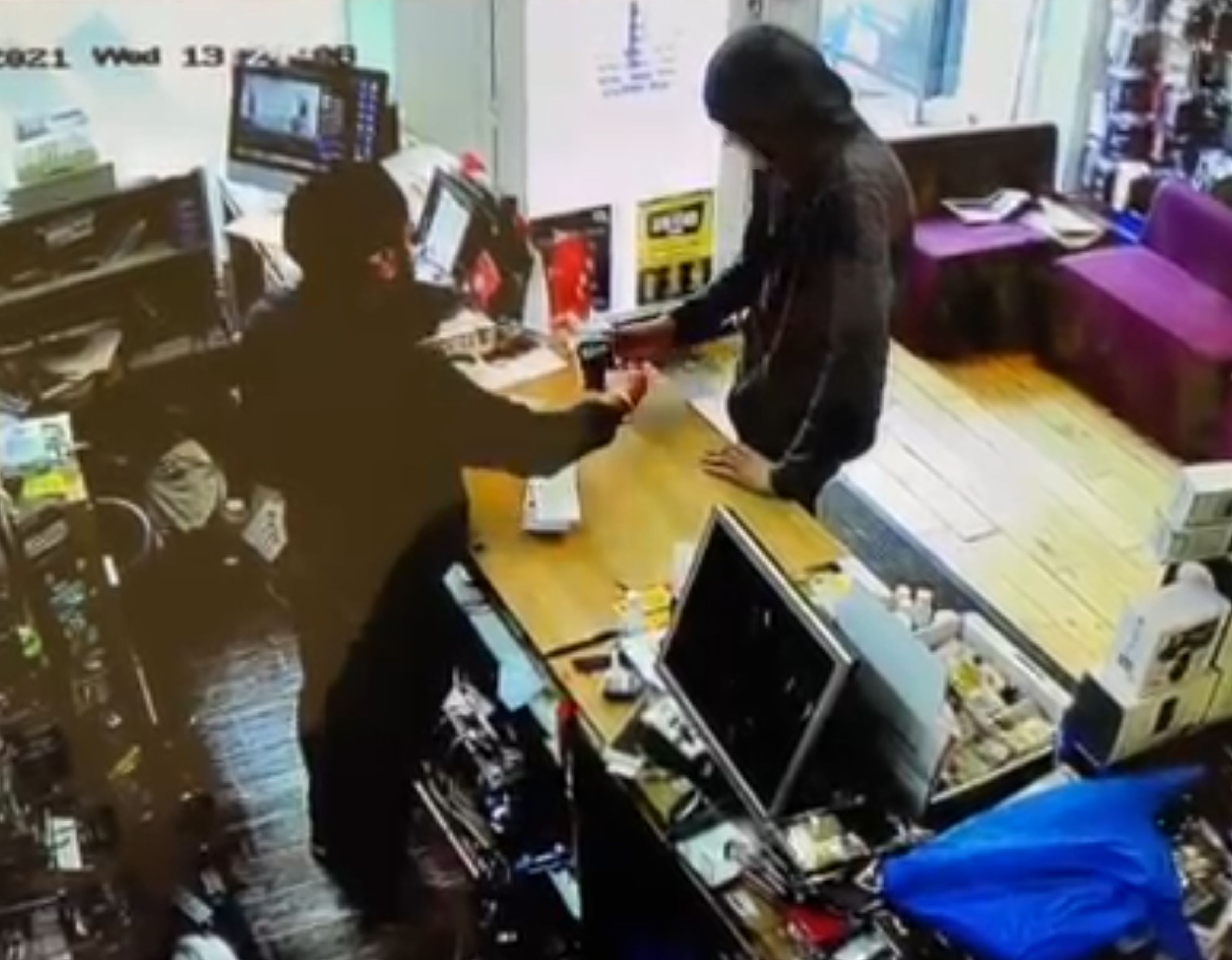 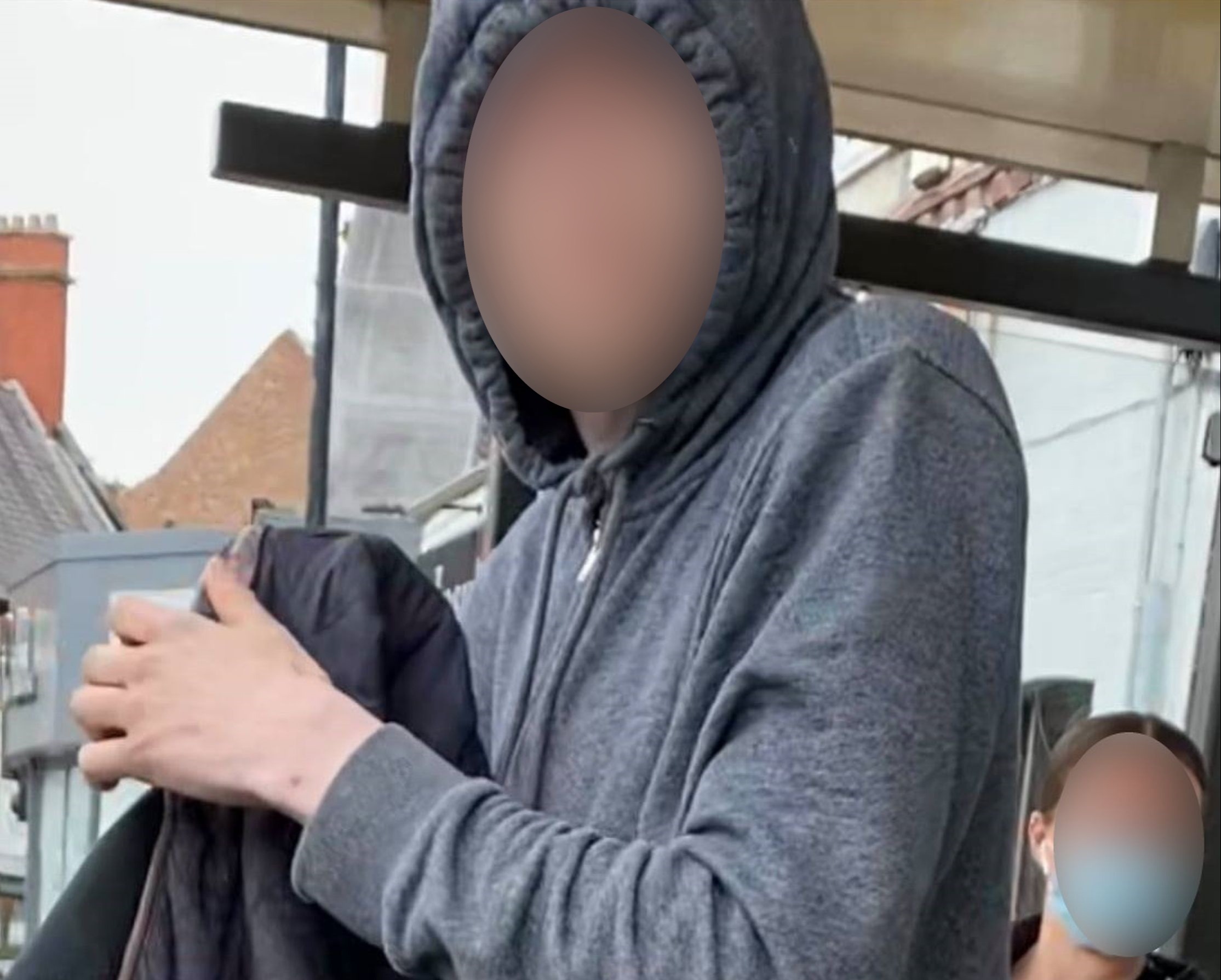 "As soon as he started running, I said 'you can't go anywhere'. I told him, even if he walked out, I would have caught him by walking. That's how slow he was.

"I found it funny, more than anything. I was just standing there because there wasn't any point doing anything.

"After he gave me the phone, I said 'don't come back again'."

Manmeet had grown suspicious when the unknown man began rushing him and 'tapping on the counter' for him to hurry up.

But determined to treat everyone equally, he handed over the phone for him to hold, knowing his escape attempts would be fruitless. 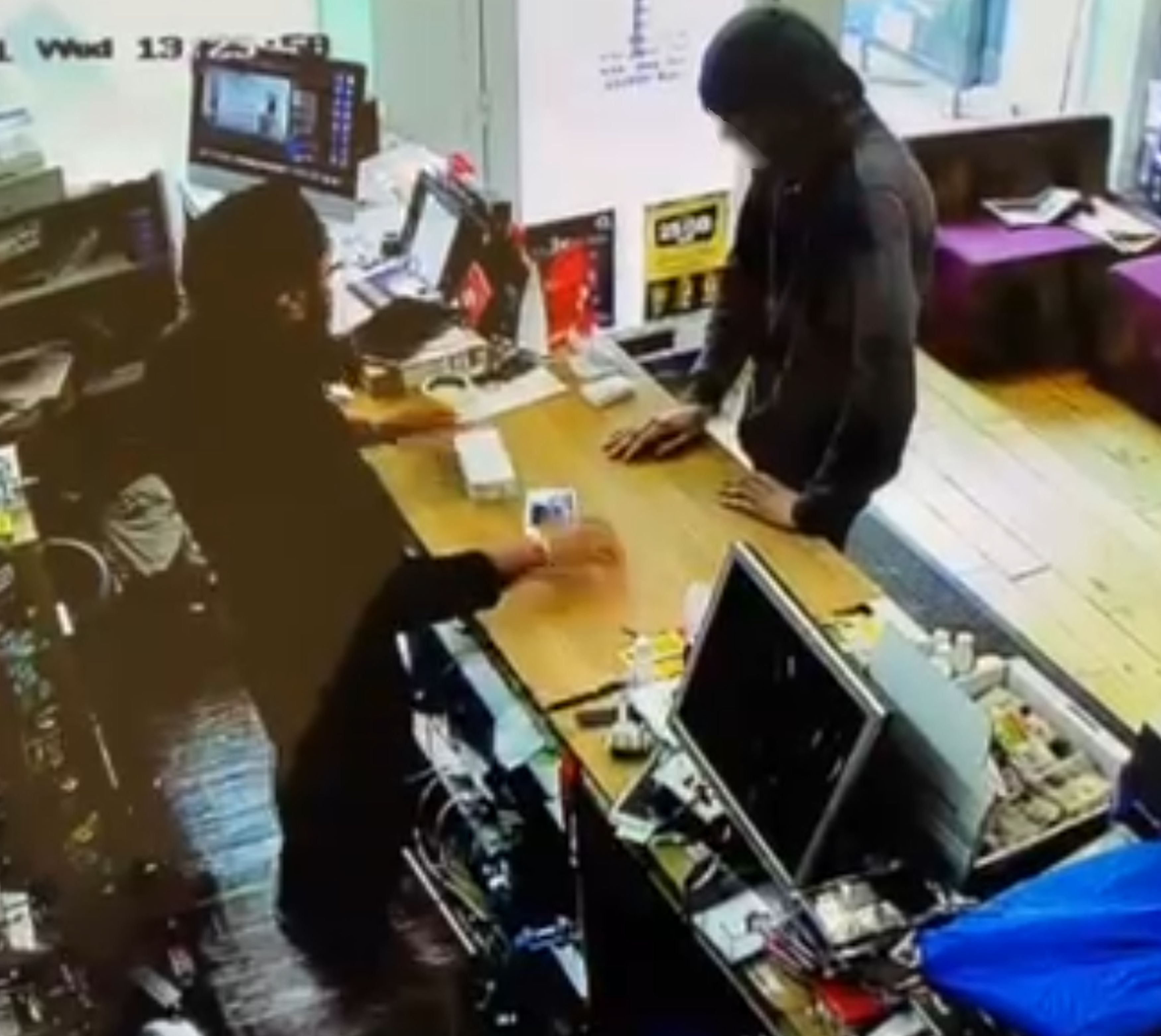 Manmeet said: "He came in and said he wanted the iPhone 12 pro max and that he wanted an expensive phone.

"I told him I didn't have that, then he just said 'which phone do you have with three cameras?'

"He was talking really fast like he was trying to rush me along. He was tapping on my counter.

"He said 'can I hold it'? I thought I'd just show him without taking the plastic off. It didn't look like he was going to buy it.

"When he was pushing the door, I thought he might break it. I tried to come out of the counter, then he just came back and returned the phone.

"He didn't say anything. He was left moping out the door and he was standing at the bus stop.

"He had to wait for his bus outside the shop."

While Manmeet is hoping for future information, he admits he is yet to report the incident to the police as they failed to attend a similar incident when his own phone was stolen in April 2020.

Manmeet said: "I didn't report to the police because last year someone ran off with my phone. I had a CCTV camera and the footage, and they didn't even turn up to look who did it. They just said they're too busy."

Greater Manchester Police said they were unable to comment on the Wednesday's incident however confirmed they had received the report of last year's theft from the shop too.

A Greater Manchester Police spokesperson said: "In line with GMP policy when reports are made to us, we make an assessment on how best to respond based on the threat, harm and risk posed to the public.

“Incidents are then attended and responded to in line with our grading system.

"On this occasion following an assessment of the threat, harm and risk posed and demand on the force, officers were unable to attend."