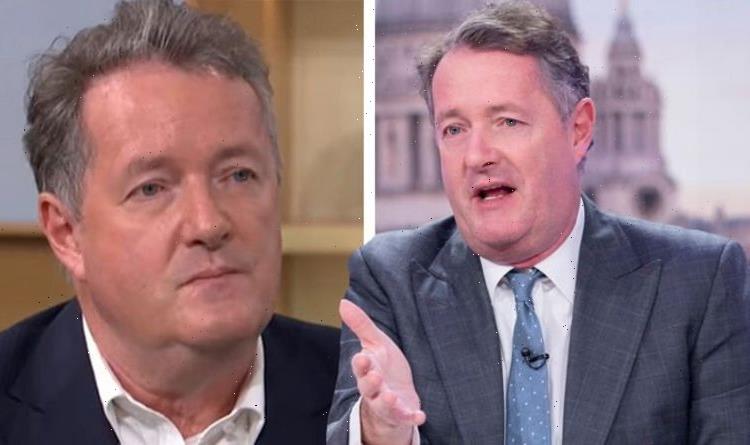 Dr Hilary jokes about Piers Morgan being nominated for NTA

Despite leaving Good Morning Britain five months ago, Piers Morgan, 57, is relentless when it comes to defending the ITV show’s ratings and reminding people how costly his exit has been. He has noted on multiple occasions that GMB’s ratings went through the roof when he walked off set live on-air, after he was challenged by weather man Alex Beresford about his comments on Meghan Markle’s interview with Oprah Winfrey.

Do I detect a bit of seller’s remorse here?

Now, he’s claimed that Kevin Lygo, Director of Television at the broadcaster, might have a bit of “seller’s remorse” about letting him walk away from the prime-time spot.

It comes after The Mirror’s showbiz editor Mark Jefferies, shared a quote from the TV executive on Twitter.

He penned: “ITV boss Kevin Lygo on Piers Morgan and GMB: ‘He is a very difficult act to follow, we are having a range of people and we have Susanna and we are trying out people next to her.

He shortly followed up with another poster adding: “Lygo also admits BBC Breakfast has ‘much larger audience’…

“But says the aim of GMB is to be the most talked about breakfast show.”

After coming across his comments, Piers decided to weigh in on the situation, pointing out once again GMB’s rating soared in March.

“Hmmm… by the time I left, we had a larger audience than BBC Breakfast and had become the most talked about breakfast show in the world,” he stated.

“Do I detect a bit of seller’s remorse here?”

Mark hit back: “Come on that’s not strictly true Piers!

“You were on GMB for just over 5 years and had a bigger audience than BBC Breakfast on one day, which was your controversial last day.

“Your audience was a lot smaller than BBC Breakfast for the hundreds of other times you presented the show.”

But the former GMB star dismissed his reasoning, adding: “Win’s a win.

“And we’d been closing the gap all year.”

In another tweet, the presenter wondered when the results of Ofcom’s investigation would be released.

His comments on the Duchess of Sussex and clash with Alex on the show sparked more than 57,000 complaints to the TV regulator.

“On the subject of my exit from @GMB, it can’t be long before @Ofcom rules on the most complained about moment in UK TV history: my refusal to believe Princess Pinocchio.

“She personally complained to the regulator & the CEO of ITV.”

He added cheekily: “Should be a fascinating verdict.”