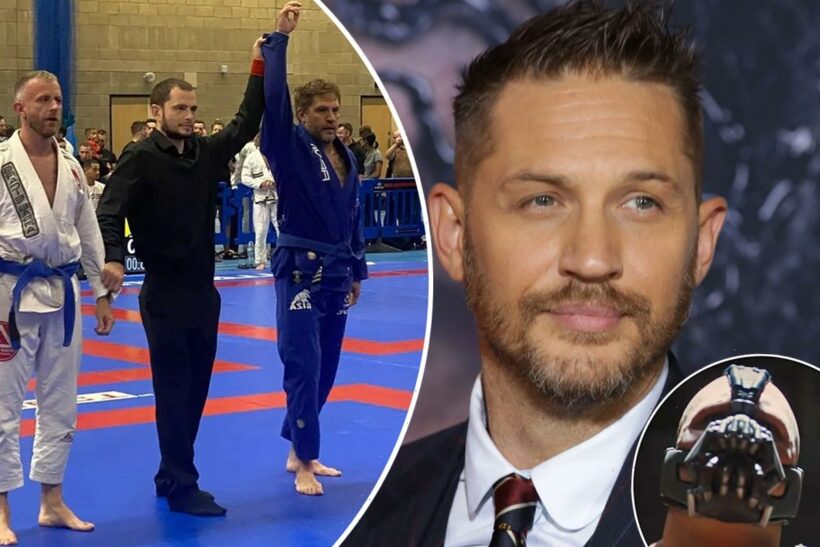 Tom Hardy shocked competitors and attendees alike when he surprise entered the 2022 Brazilian Jiu-Jitsu Open Championship on Saturday. The martial arts event was held by Ultimate Martial Arts Championships at Oakgrove school in Milton Keynes, as reported by Hyde News. But before you assume he was pulling a page out of his character’s book from the movie Warrior, in which he played an MMA fighter going under a fake name, nope! He entered under his real full name, Edward Hardy. And according to a spokesperson for the event via The Guardian, he wasn’t exactly able to hide — because “everyone recognized him.”

The spokesperson went on to say Tom was a real gentleman (presumably apart from the moments he was choking out guys with his legs):

“He was very humble and was happy to take time out for people to take photographs with him. It was a real pleasure to have him compete at our event.”

The Dark Knight Rises actor faced off against martial arts legend Danny Appleby in the tournament’s semi-finals and WON! Not only that, he TOOK THE GOLD, winning the entire competition! Man, don’t mess with Tom Hardy…

But there didn’t seem to be any hard feelings as Appleby referred to Hardy as “genuinely a really nice guy.” He added:

“I was shell-shocked. said, ‘Just forget it’s me and do what you would normally do.’ He’s a really strong guy… You wouldn’t think it with him being a celebrity. I’ve done about six tournaments and I’ve been on the podium in every one. But he’s probably the toughest competitor I’ve had — he certainly lived up to his Bane character, that’s for sure.”

And if that wasn’t enough, The Guardian reported Tom ALSO WON another competition last month! They noted:

“In August, the actor won the REORG Open Jiu-Jitsu Championship in Wolverhampton, a tournament aimed at raising funds for military personnel, veterans and emergency service workers. Hardy is a trustee for REORG, a charity teaching jiu-jitsu to those with serious injuries, or who are suffering from PTSD and depression.”

What a total badass! See him in action (below):

That’s so awesome, good for Tom! We certainly won’t be messing with him! What are your thoughts, Perezcious readers? Let us know in the comments down below!