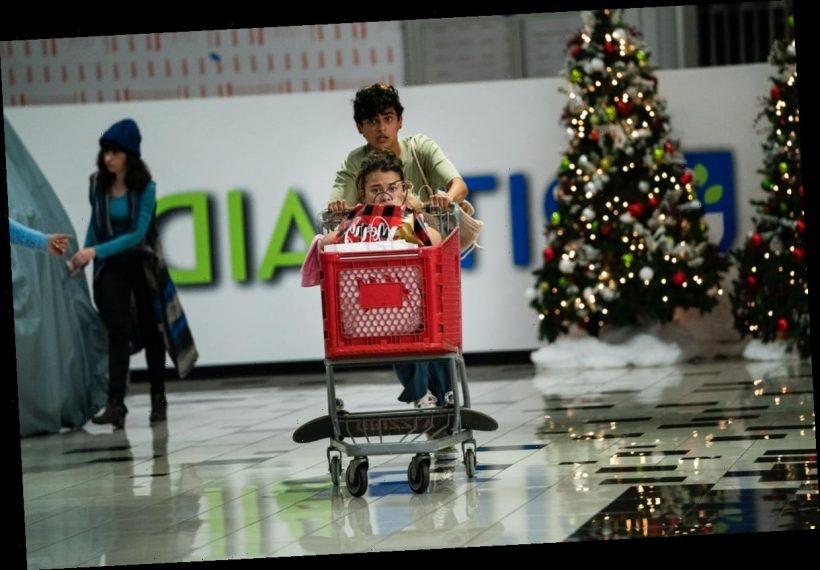 Warning: Spoilers for Generation Season 1, Episode 5 follow. Generation just solved one of its biggest mysteries… kind of. Throughout the series so far, a series of flash-forward sequences showed the outspoken Delilah (Lukita Maxwell) unexpectedly giving birth in a mall bathroom at the height of the holiday season, despite having no idea she was pregnant beforehand. While viewers are learning more and more about the hilariously chaotic situation with each episode, you may still find yourself wondering: Who’s the father of Delilah’s baby on Generation? Episode 5 answered this question, but it also raises even more.

After Delilah gave birth with the help of her friends Ariana (Nathanya Alexander) and Naomi (Chloe East), what she did next was a surprise: She reached out to their classmate J (Sydney Mae Diaz), who fans had previously only seen glimpses of when the main characters were at school. Although he was simply goofing off with a friend when he got the text, his life was turned upside down when Delilah revealed he was the father of her baby. It turns out, they briefly dated at one point, and as Delilah reassured him, "there wasn’t anyone else" who could have been the father.

The Generation teens’ messy situation was even worse because they were still trapped in the mall bathroom, so J stole a shopping cart to sneak Delilah and the baby out of the mall to whatever wild situation awaits them next. Viewers have barely seen Delilah in the main timeline of the show (which takes place a few months before the mall incident), making her secret relationship with J even more confusing.

While J’s character is an enigma at this point, there’s a good chance you’ve heard of Diaz before. The actor is best-known for playing Hex in Netflix’s Iron Fist and Shane in Hulu’s High Fidelity reboot. They’ve also appeared in shows like The Other Two and Search Party, and will make their big-screen debut in the upcoming movie Ghostbusters: Afterlife.

Fans will have to wait to learn more about J in future Generation episodes, but if Diaz’s resumé is any indication, they’re already on their way to becoming a household name.

New episodes of Generation air on Fridays on HBO Max.