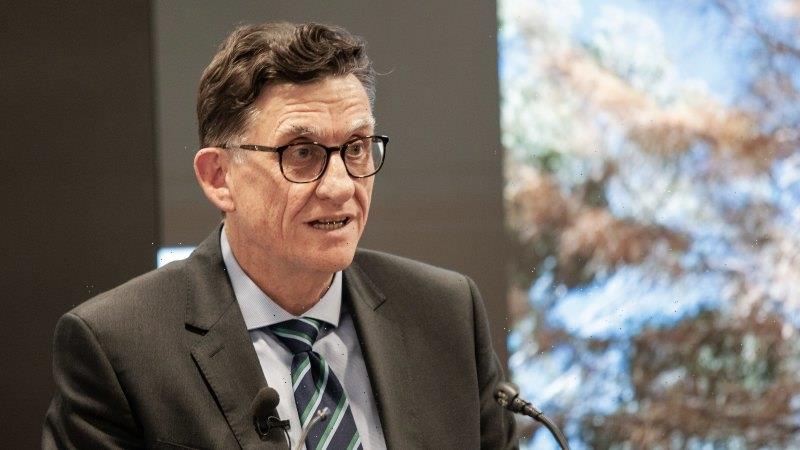 In the early 1980s Greg Vines had his first industrial job working on the construction of the Loy Yang Power Station in Victoria’s Latrobe Valley for the State Electricity Commission of Victoria.

At the time half the Australian workforce were union members and Mr Vines remembers disputes on a daily basis with the traditional blue-collar workforce and their unions. “Every day there was exciting,” he says. 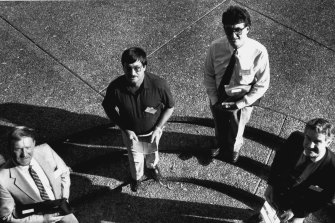 Greg Vines, second from right, with colleagues at an ACTU conference in 1989.Credit:Brendan Read

Now union membership has crashed to 14 per cent and the question is when, not if, the coal-fired Loy Yang station will shut down in an emblem of a global question: how to provide good jobs for workers whose livelihoods are eliminated by the relentless march of technology.

It’s in that environment the Australian government has nominated Mr Vines to lead the International Labour Organisation, which counts almost every country in the world among its members. Industrial Relations Minister Michaelia Cash is an enthusiastic backer of Mr Vines candidacy, declaring him extremely well-qualified.

If successful, he will follow in the footsteps of other Australians who have won key international positions in the last year, including former finance minister Mathias Cormann, who is now OECD secretary-general, and former Democrats leader Natasha Stott Despoja, who holds a seat on a UN anti-discrimination committee.

Mr Vines has already racked up a decade’s experience inside the ILO as its deputy director-general and has an extensive industrial relations CV, which unusually spans both sides of the employer-union divide. Following his time with the Victorian electricity commission, Vines worked for the Tasmanian state public service union, then government, then as a diplomat. 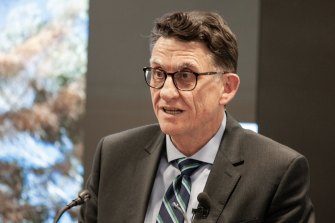 Greg Vines has already racked up a decade’s experience inside the ILO as its deputy director-general.Credit:Kieran Murphy

Mr Vines proudest moment as a union official was running a case for librarians in Tasmania in the 1990s, who had historically been paid less because the profession was dominated by women. It resulted in pay rises for some of more than 50 per cent.

“That was a very long case, a very hard-fought case, but a very successful one I must say I thoroughly enjoyed being involved with,” Mr Vines says.

While union and employer organisation membership has plummeted globally in recent decades, the issues the International Labour Organisation deals with are no less important.

“The ILO is where the world goes to tackle child labour, forced labour and slavery,” says Scott Barklamb, workplace relations director at the Australian Chamber of Commerce and Industry, the country’s largest business group.

Australia’s unfair dismissal laws and minimum pay standards are both built on ILO standards and conventions. The organisation is also coordinating international plans on the future of work and in 2019 adopted a major convention against harassment and violence at work.

That convention has not yet been ratified by Australia, which has been a member of the ILO since its inception in 1919 and contributes $13.2 million a year, though Mr Vines says he is “confident” the government will sign up to it.

While the ILO, like almost all international organisations, cannot enforce its conventions and criticisms with military force or fines, it can shame states into action.

Speaking exclusively to The Sydney Morning Herald and The Age, Mr Vines is not eager to talk directly about some of the thornier topics, such as China’s use of forced Uighur labour at cotton and other factories in the province of Xinjiang. The country has an active role in the ILO, Mr Vines says, and “where there are complaints it responds to those complaints”.

His priority is helping states recover from the pandemic, and the ILO has been working on strategies to help countries avoid mass job losses and fix worsening socio-economic inequality during the recovery.

“Really my focus at the moment is how the ILO can best lead through the recovery,” Mr Vines says.

Mr Vines’ experience on both sides of the industrial fence is a good fit for the ILO, which has an unusual tripartite structure including unions and employer representatives. Fourteen representatives from each side, including Mr Barklamb, as well as 28 states, will vote in March next year on who leads the organisation.

Senator Cash, in backing Mr Vines nomination, said he would be an excellent representative for the region. 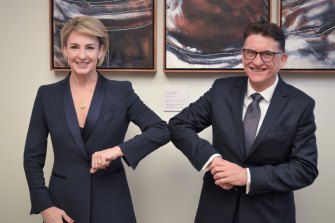 Michaelia Cash is an enthusiastic backer of Greg Vines to be director-general of the International Labour Organisation.Credit:Kieran Murphy

“Having effective leadership in these important UN roles allows us to be part of ensuring key institutions, such as the ILO, continue to be effective, open and transparent, and accountable to member states,” she said.

Last time an election was contested, in 2012, there were nine candidates. So far Mr Vines and Mthunzi Mdwaba, a South African university chairman and technology entrepreneur who was formerly a vice-president of the International Organisation of Employers, have declared their intention to run. Mr Mdwaba would be the first African director-general while Mr Vines would be the first from the Asia-Pacific. There has never been a female ILO director-general.

“This is a field of competing very strong candidates,” Mr Barklamb says. ACTU president Michele O’Neil said it would have discussions with the International Trade Union Confederation, though the ACTU does not have a direct vote, on who to support later this year.