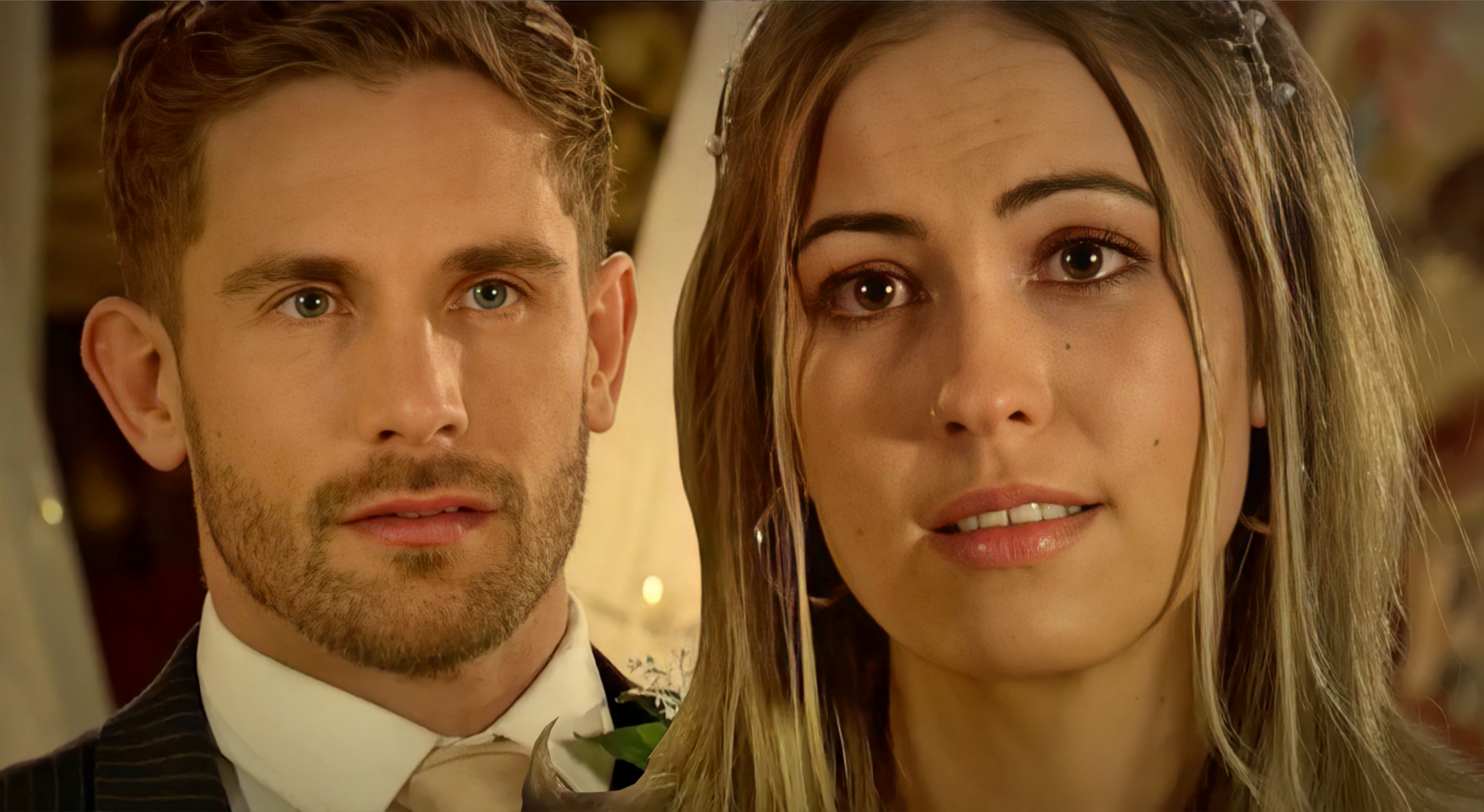 Hollyoaks’ Brody Hudson (Adam Woodward) was left speechless, as bride-to-be Summer Ranger (Rhiannon Clements) declared their wedding off, as she revealed that she had sleeping with Sienna Blake (Anna Passey).

The young man was devastated in the wake of this revelation, given that he’d recently come to believe that Summer was the woman he would spend the rest of his life with.

Summer, however, has been secretly plotting Brody’s downfall for months, after she discovered that he was instrumental in the death of her dad Cormac (James Gaddas).

Her revenge plan was simple: expose Brody’s crime in front of all his nearest and dearest, with paedophile Buster Smith (Nathan Sussex) making a surprise appearance in the process.

However, the scheme didn’t go as she’d hoped, and therefore she improvised, exposing her passion with Sienna instead!

The devastation and disbelief was evident on Brody’s face, but Summer has only just scratched the surface in terms of her revenge, with Brody set to pay a hefty price by the time the schemer is finished with him.

With fans having to wait until Monday to find out what happens next, Metro.co.uk caught up with actor Adam Woodward to discuss what’s in store for Brody, how he reacts in the aftermath of Summer’s wedding bombshell, and just how much the character is set to suffer at his fiancée’s hands.

It’s a big week for Brody!

It is! It is a big week for him, there’s definitely a lot going on!

How did he feel going into the wedding?

Me or the character? [laughs].

It was a ball to film! Working with all the people that we work with, and a great director. And we were working with some really great material. In that respect it was lots of fun, but obviously poor old Brody has a bit of a hard of time of it!

Brody had a bit of a wobble and questioned if he still has feelings for Sienna. Do you think he still does?

I think he’ll always have feelings for Sienna, in spite of all his chest-pounding that he’s over her! I think ultimately, he knows that she was probably his ‘lobster’, but so much has happened that he’s resentful over it.

He’s an emotional bloke, isn’t he? So, he gets himself in particularly sticky situations, shall we say!

Where we’ve left off, Summer has called off the wedding and revealed she’s been sleeping with Sienna. What’s going through Brody head at the point?

It’s just utter confusion! At this point, he’s been so wrapped up in whether or not he’s making the right decision marrying Summer, and if he’s over Sienna. He turned up on Sienna’s door having declared his love for her.

But then he gets walloped in the chest with all this, so I think it’s all a bit of a whirlwind for him. He’s just in shock.

What can you tell us about the aftermath of this scene?

I mean, I know everything that happens! [laughs].

Brody thinks that his world has crumbled at that point, and he’s about to be dragged down to the next layer of hell with what Summer’s got lined up.

It goes from one bad thing to the next, and I think he starts to misdirect the blame at other people.

At this stage, Brody still doesn’t know much about Summer’s revenge plan, or that she was going to involve Buster. How do you think he would feel if he knew about that?

Oh god, I think that would crush him more than anything, to be honest, given what happened with Buster.

But I think this is indicative of how evil a character Summer is. She had her motivations and her reasons, but it obviously consumes her so much that she’s willing to go to those depths to get her revenge.

It’s been a fun story to play though, and poor old Brody gets a right good beating.

He doesn’t have much luck, does he?

No! But half of it he’s brought on himself though, so it’s hard to feel sorry for him!

A shocking accusation is made against Brody next week, and he contemplates leaving the village. Do you think he has it in him to leave his daughter Faith, and the rest of his friends and family, behind?

I think if he thinks he might be able to fix things, then he might leave temporarily until things cool down.

Ultimately, I don’t think he’d leave permanently. He’s not the kind of character that would leave his family and run away from his responsibilities. But right now, I don’t know if he’s left with much of a choice, to be honest.

It ends up sparking some kind of relationship with Sienna, but whether that works out, well, that remains to be seen!

Would you like to see Summer get her comeuppance?

Do you know what? It’s a weird one, because I think Brody carries a lot of guilt for what he’s done [to her dad]. It’s a strange one, I don’t know.

I personally would like to see her get her comeuppance, but I think Brody’s still got a bit of a soft spot. I think he’d just want everything to be okay.

Next week will change a lot of things for Brody. How would you describe these episodes? Are they explosive and unmissable?

I mean, if you want to put explosive and unmissable down for the audience, that’s fine with me! [laughs]. They’re a revelation! It’s the beginning of a downward spiral for Brody, of which the story is unmissable, so if you don’t want to miss all the best bits of what’s to come, then you need to make sure you know what’s going on now!