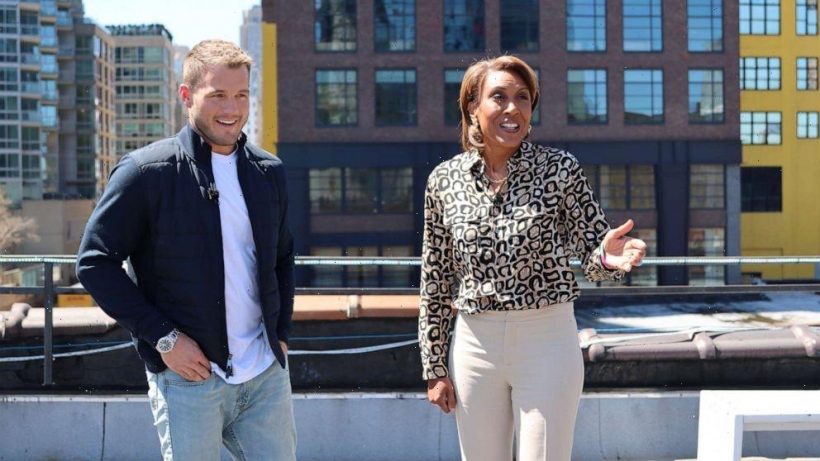 Colton Underwood is ready to get “deeply personal” Wednesday on “Good Morning America.”

In a 15-second promo released this afternoon, for a pre-taped interview titled “Colton Underwood: In His Own Words,” the former “Bachelor” sits down with “GMA” anchor Robin Roberts.

“There is something that you want people to know, so can you tell us what is on your heart that you want to share?” Roberts asks Underwood in the clip.

“Yeah,” he responds as he takes a deep breath. “It’s been a journey, for sure.”

Roberts also tweeted out a teaser for the chat, writing: “Had the opportunity to spend time with former #Bachelor @colton. He has something very personal he wants to share…and Colton will tomorrow morn on @GMA.”

Bachelor Nation was first introduced to Underwood when he was a contestant on Becca Kufrin’s season of “The Bachelorette,” the 14th season, in 2018. He made it to Kufrin’s final four.

The former football star followed this up with a brief stint on season 4 of “Bachelor in Paradise,” on which he had a fling with Tia Booth.

Underwood was then the lead of season 23 of “The Bachelor” in 2019, with his virginity being a frequent topic of conversation and his famous fence-jumping moment being one of the franchise’s most dramatic moments. He gave his final rose to contestant Cassie Randolph but ultimately chose to not propose to her, though they later told “GMA” they had discussed an engagement.

The two dated after the show wrapped until announcing their breakup in early 2020. They later made headlines when Randolph filed for a restraining order against Underwood, accusing him of stalking and harassing her. In a police report, she accused him of putting a tracking device on her car. Underwood later released a statement explaining that he and Randolph had resolved their issues in private. She later dismissed the restraining order and requested the police investigation be dropped.

Prior to his time on reality TV, Underwood famously dated Olympic gymnast Aly Raisman. He wrote about their relationship — and much more — in his 2020 book, “The First Time: Finding Myself and Looking for Love on Reality TV.”