Cher’s costumes will be on display at the Met

Bob Mackie has dressed every celeb under the sun — but he’s not exactly keen on the Kardashians.

“The Kardashians are very attractive and some are downright beautiful,” the legendary designer exclusively told Page Six, “but they’re just famous for being famous.

“You know, they made a lot of money, so I guess there’s something to say about that,” he continued. “A couple of them really have copied Cher’s clothes just line-for-line, beat-for-beat, which is interesting. It’s like, whatever. I did those [designs] so many years ago that I don’t worry about them being copied or anything. It’s kind of a compliment, really.”

Mackie clearly has a soft spot for the “Strong Enough” singer, whom he has designed for countless times over the years — including the famed outfit she wore to the 1986 Oscars that included a towering feather headdress. 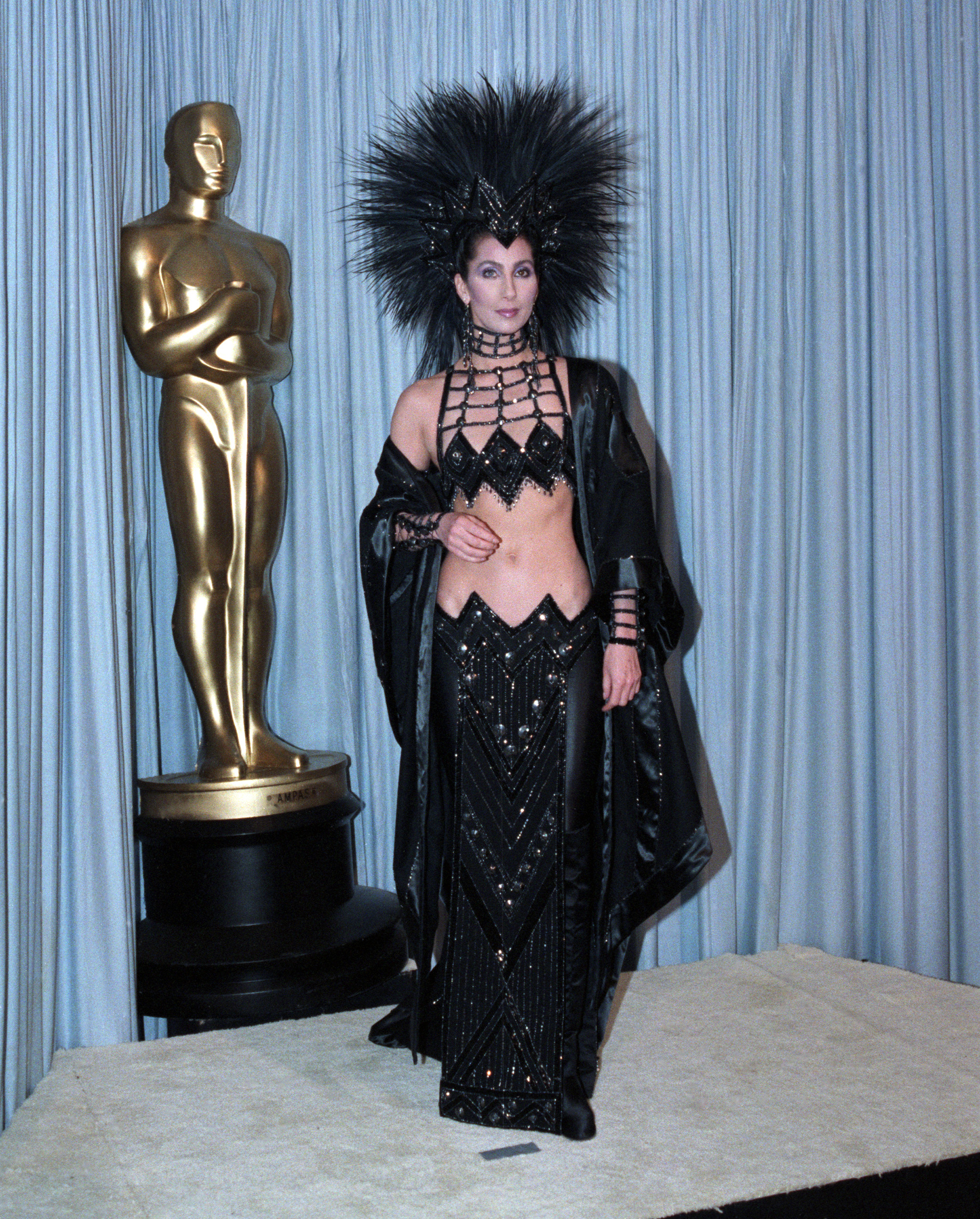 “As you can see, I did receive my Academy booklet on how to dress like a serious actress,” she quipped onstage.

“There is an amazing charisma with Cher,” Mackie gushed to us. “I could put anything on her and she was never intimidated by it. It was never too much or too little. She just loved getting dressed up. She had the most amazing figure and looked great in everything.

“And you know, everybody thinks she’s so tall and statuesque. [But] she’s only 5-foot-6 — that was it. Everybody thinks she was this tall, glamorous thing. She and Sonny [Bono] were the same height exactly, which I thought was interesting.” 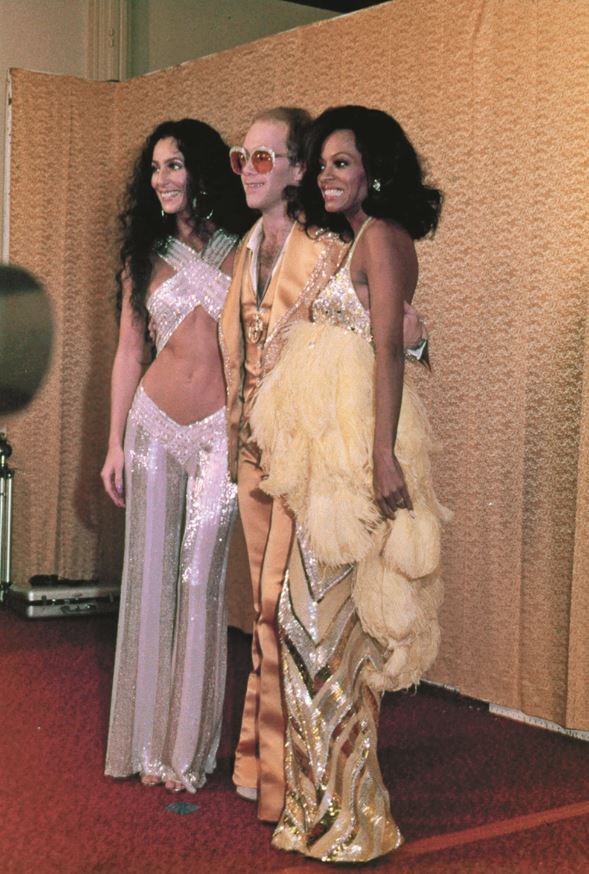 Mackie also credits Cher with helping to change American beauty standards, noting that before she became famous, the Hollywood ideal was “that blonde kind of movie star, the Sandra Dees, the Debbie Reynolds — and then all of a sudden there was Cher with her larger nose and long beautiful black hair and her big eyes. … The whole idea of beauty changed drastically in that time, it really did.”

The California-born designer is also widely known for creating all the costumes on “The Carol Burnett Show” during its entire 11-year run. That included the famous dress for a Season 8 sketch spoofing “Gone with the Wind” that imagined Scarlett O’Hara repurposing a set of green curtains for a dress. 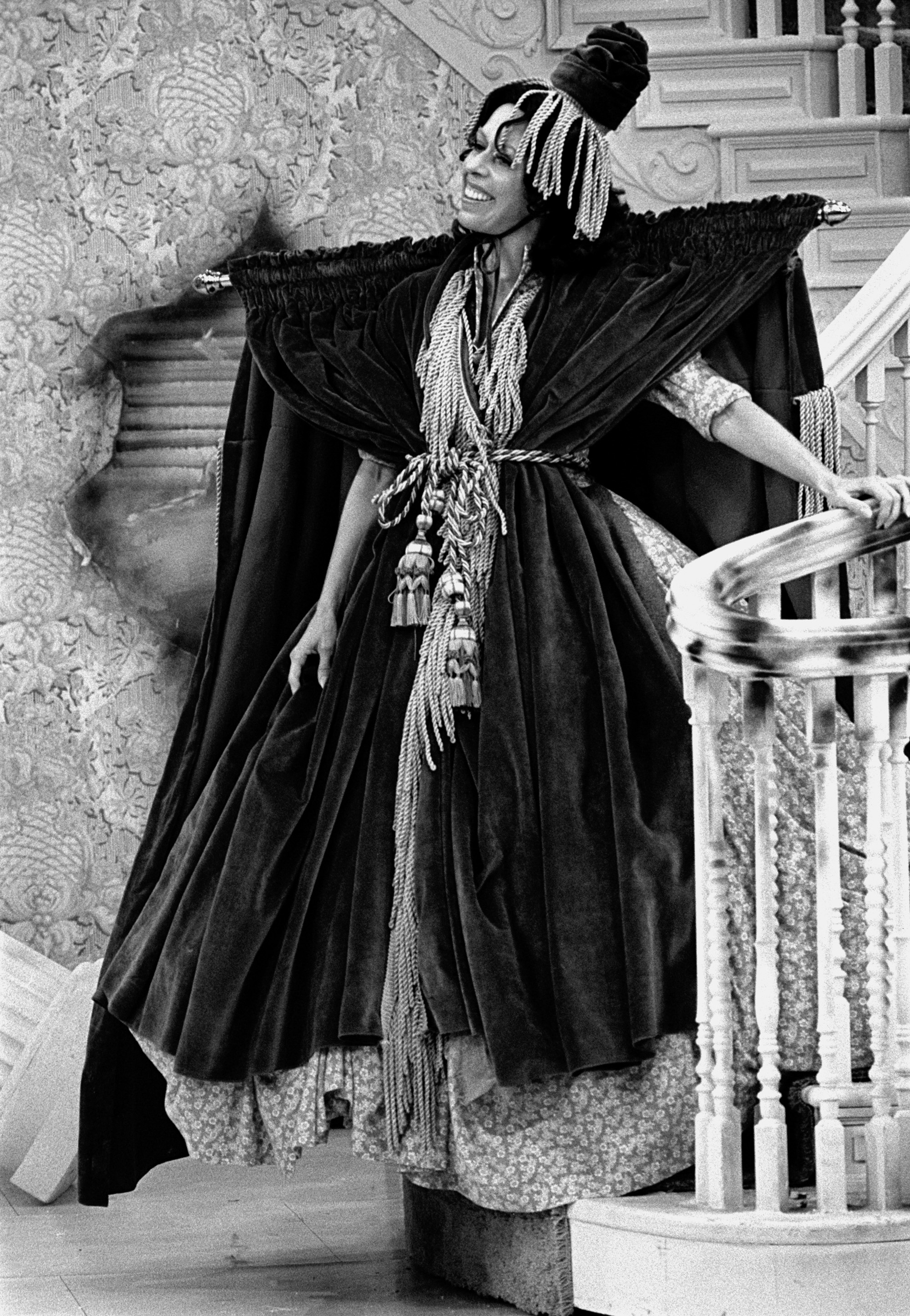 He remembered thinking, “‘How do I get my laugh?’ When you’re working on a show like that, your laughs are very precious.”

The comedian, now 88, has said that it was the most hilarious sight gag ever, and Mackie added, “It was probably the most successful laugh we ever got.” 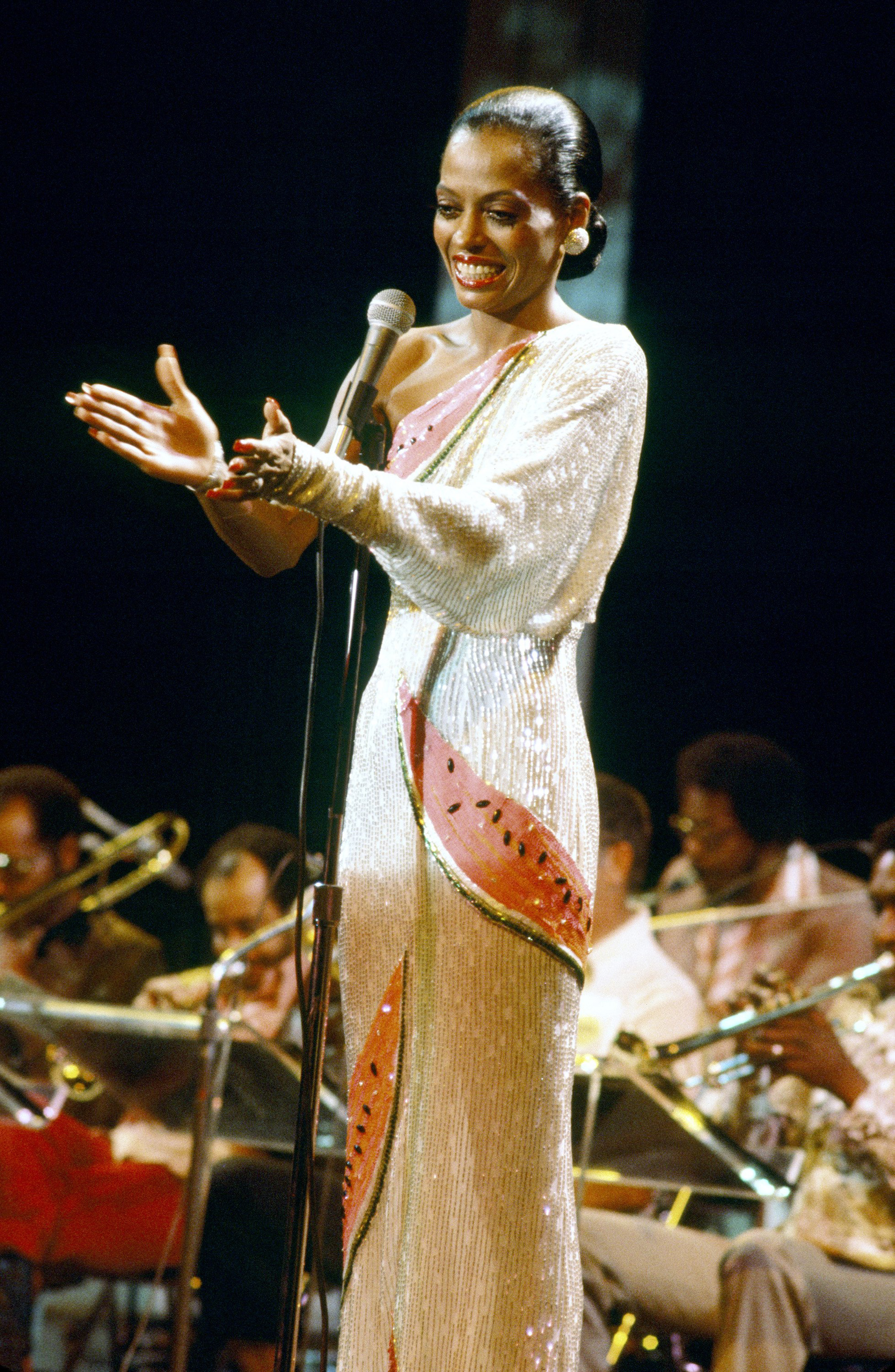 Mackie also had a hand in one of the most famous gowns of the 20th century: the dress Marilyn Monroe wore when she seductively crooned “Happy Birthday” to then-President John F. Kennedy at Madison Square Garden in 1962.

He drew up sketches for the designer Jean Louis, who turned out a sheer dress with 2,500 shimmering rhinestones sewn into it. It was reportedly so tight Monroe struggled to put it on. 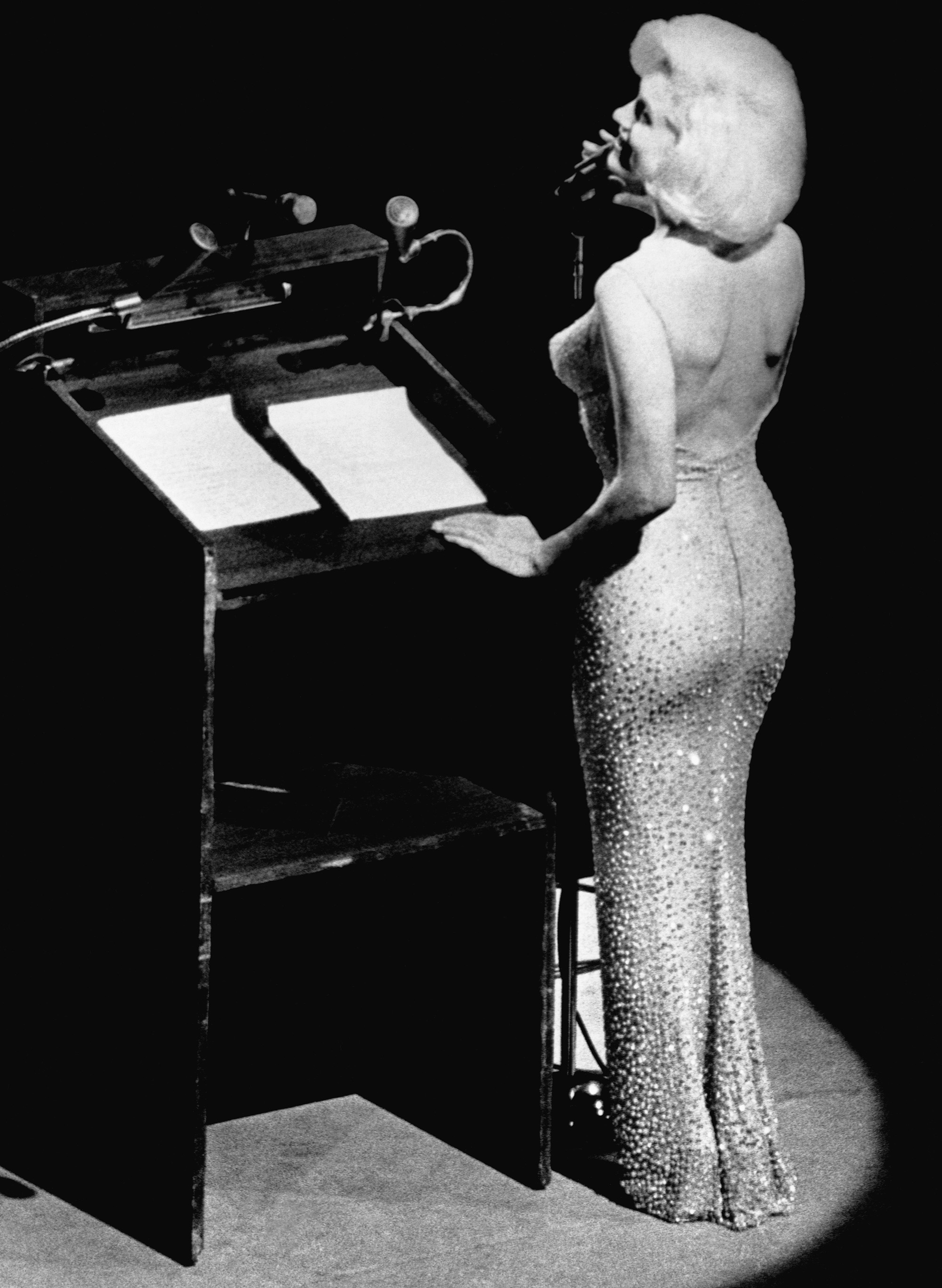 “Can you imagine in Madison Square Garden when the lights hit that dress with all those diamonds all over it? How amazing that must have looked,” Mackie gushed.

“I’ve always worked,” he explained. “I’ve been working my whole life. I got out of school and went right to work in the studio at Paramount. I’ve had a couple of vacations, but not very many. Usually, they’re short — like a week or two tops. And even those I didn’t get very often.” 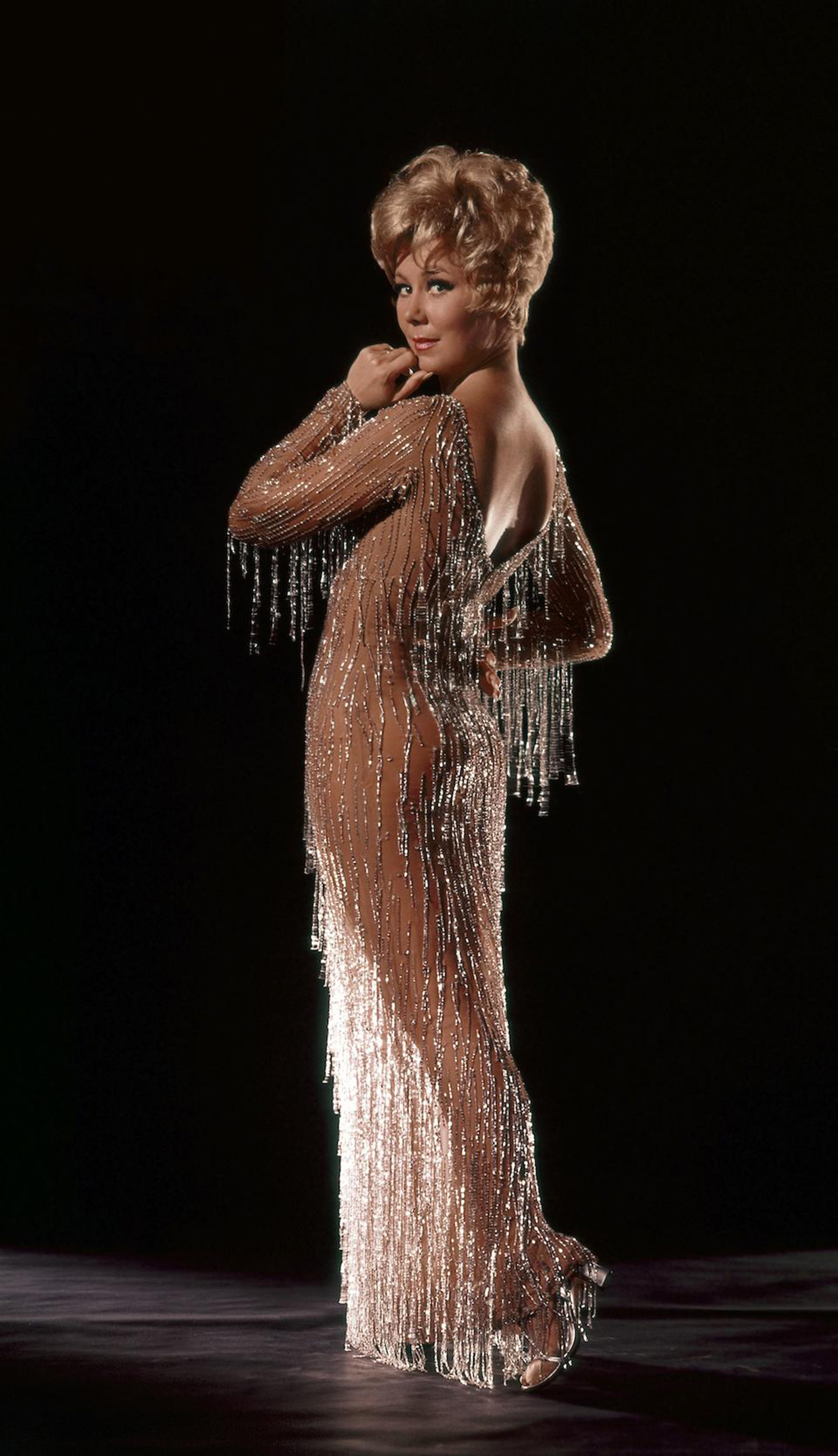 Mackie’s incredible designs are showcased in the recently released coffee-table book “The Art of Bob Mackie,” which includes hundreds of photos and sketches.

“I’ve been in the business so long,” he said with a laugh, noting he knew it would be a “pretty big book.”

“I’ve been doing this professionally for about 60 years, and that’s a lot of shows, a lot of costumes, a lot of stars,” he said. “So I’ve been very lucky, and I feel so lucky even having the book. I love doing what I do. And you know, as a little kid, I always wanted to be in show business.”