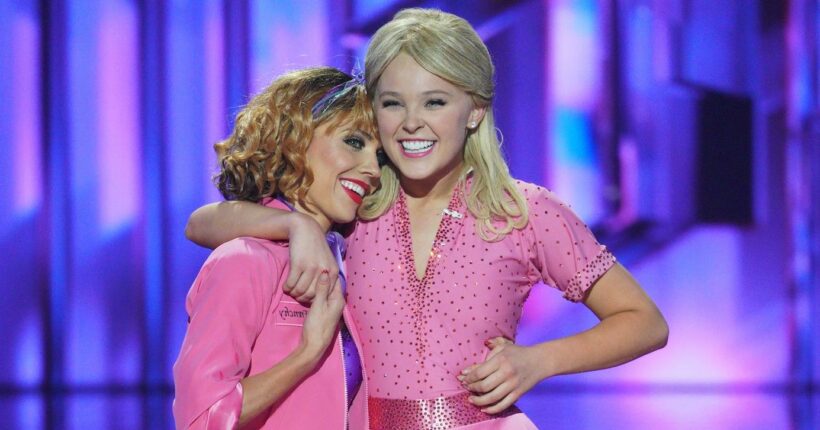 JoJo Siwa has been going through it — but is very grateful to have her partner, Jenna Johnson, by her side.

The Dancing With the Stars duo earned the first perfect score of the season on Monday, October 18, and after the episode, they got real about how difficult things have been.

JoJo Siwa Through the Years

“Since week one, my confidence has been way better than it used to be. I mean, obviously, I talked about it a lot in my package tonight, but in these last three weeks — I mean, I’ve been pretty open about it online and on social media without talking directly about anything — I’ve had a really rough last three weeks,” Siwa, 18, told Us Weekly and other reporters on Monday night. “It’s tough, but somehow it’s made this experience a place for me to let everything go.” 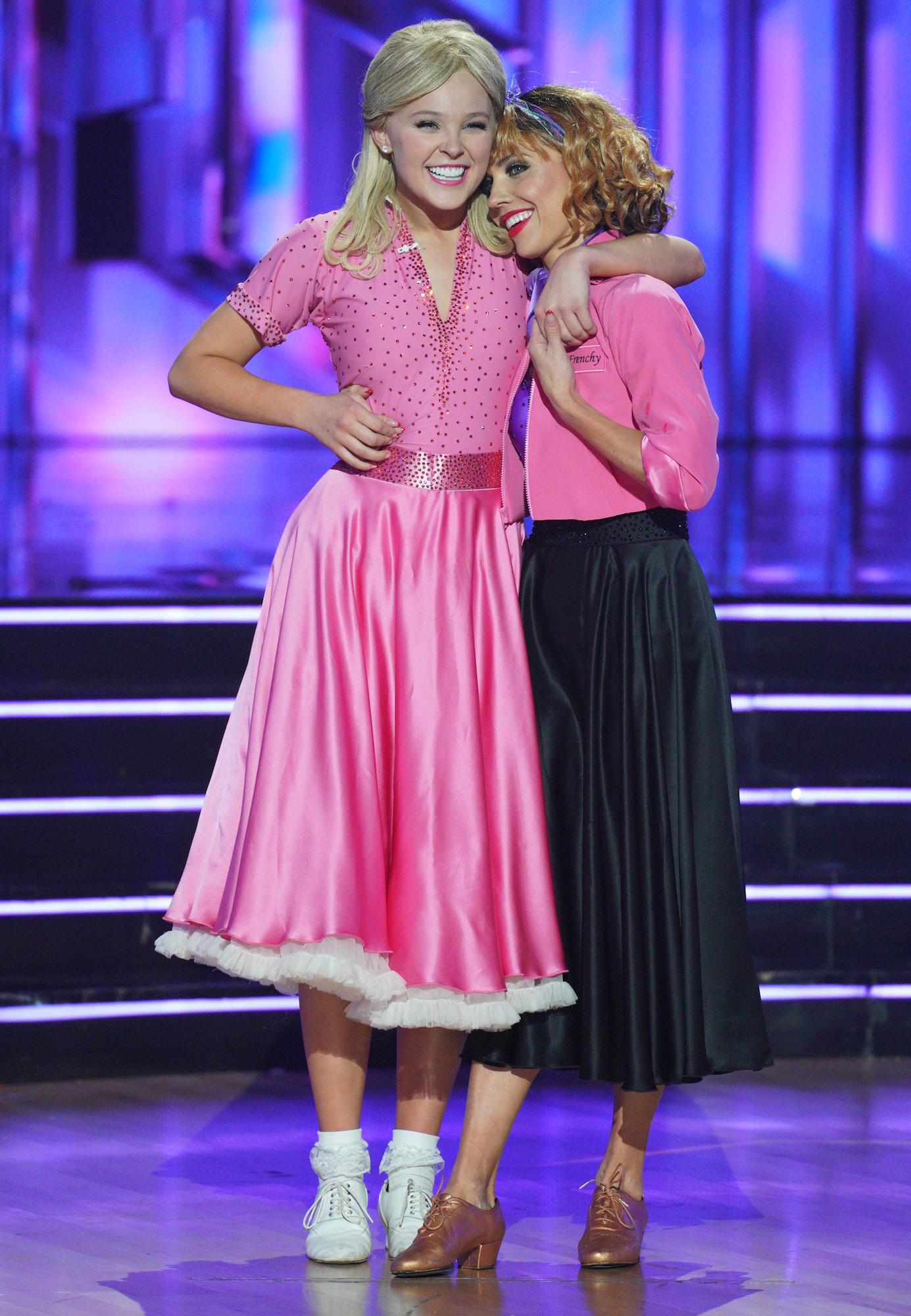 The Dance Moms alum explained that she “was able to put everything I had on the floor” during Grease week.

“I was able to just give it my all,” Siwa continued. “Jenna has been there for me through thick and more thick — [there’s been a] very rare amount of thin these last three weeks, but she’s been with me through thick and thick, and I’m really lucky and thankful that I have her.”

23 ‘DWTS’ Contestants Who Defended Their Prior Dance Experience

During the interview, the “Boomerang” singer told her partner, “The reason why I’m getting through these tough times OK is because of you, and is because of Dancing With the Stars. It’s because of this whole experience, the joy that it brings me, and for me, it was fun.”

The Nickelodeon star first opened up about going through a tough time following Disney week. “This week was very, very extreme and something that I had never gone through and something that I’ve never felt before,” she told Us about the “tricky” situation she was experiencing on October 12. “I’m really lucky that every day this week, I got to spend three hours with my best friend in rehearsals. … It definitely has been a week, but because of my family, because of this song, because of the show, I’m on the other side of it.” 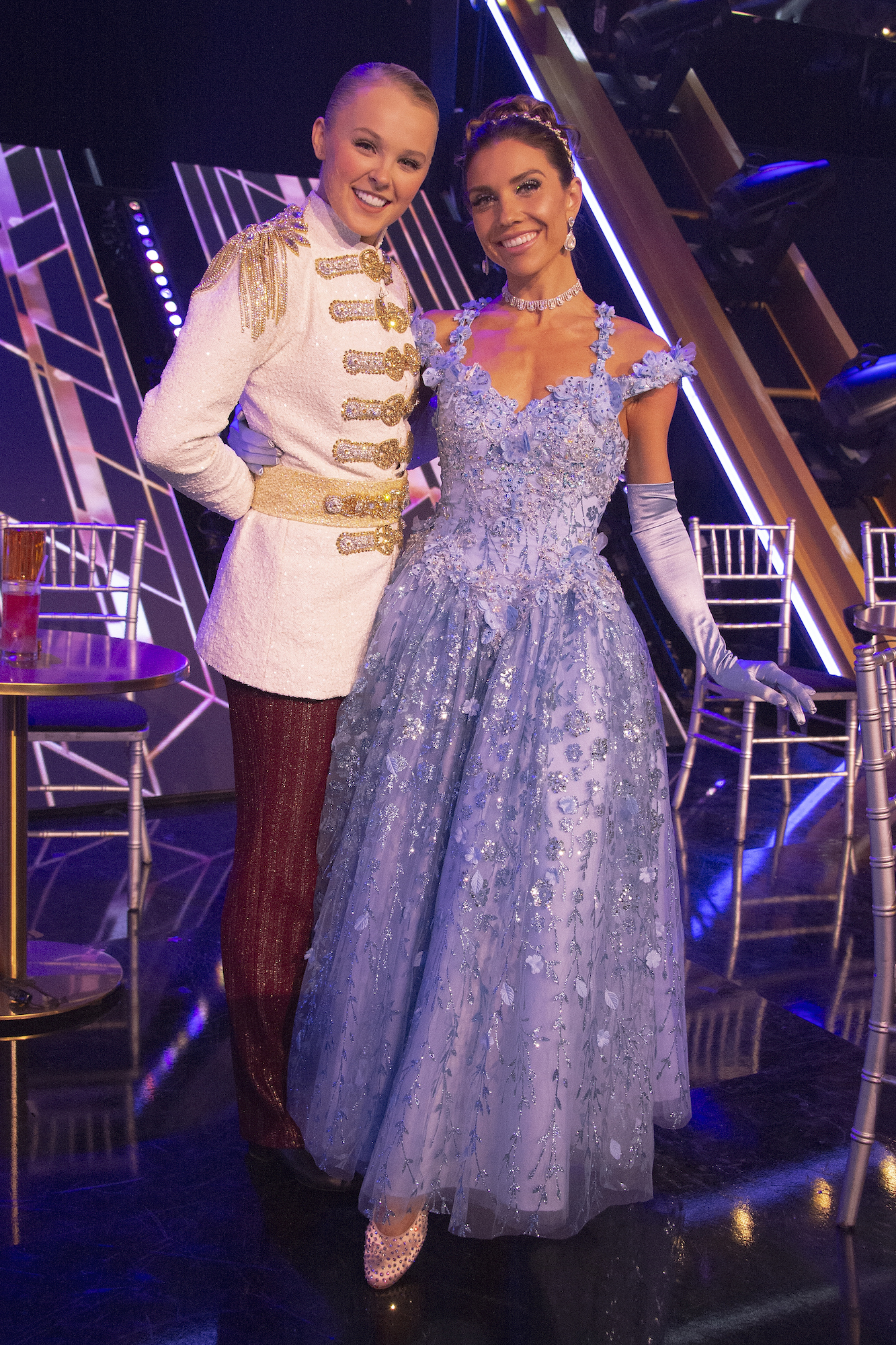 On Monday night, Mel C and Gleb Savchenko were sent home after they landed in the bottom two alongside Val Chmerkovskiy and Olivia Jade Giannulli.

Dancing Their Way to Love! Inside DWTS’ Jenna and Val’s Steamy Romance

“I was so shocked to see Olivia and Val and Gleb and Mel C in the bottom two. Obviously, I’m a little bit biased,” Johnson, 27, who has been married to Chmerkovskiy, 35, since 2019, added. “So I was really hoping and praying that Olivia and Val would stay in the competition. But then, on the other hand, it’s Mel C! How is she [there]? What’s happening? The fact that she got sent home, I’m assuming because of votes, is so disappointing. Both those couples did not deserve to be in there. I’m just devastated for Mel. She is an icon.”